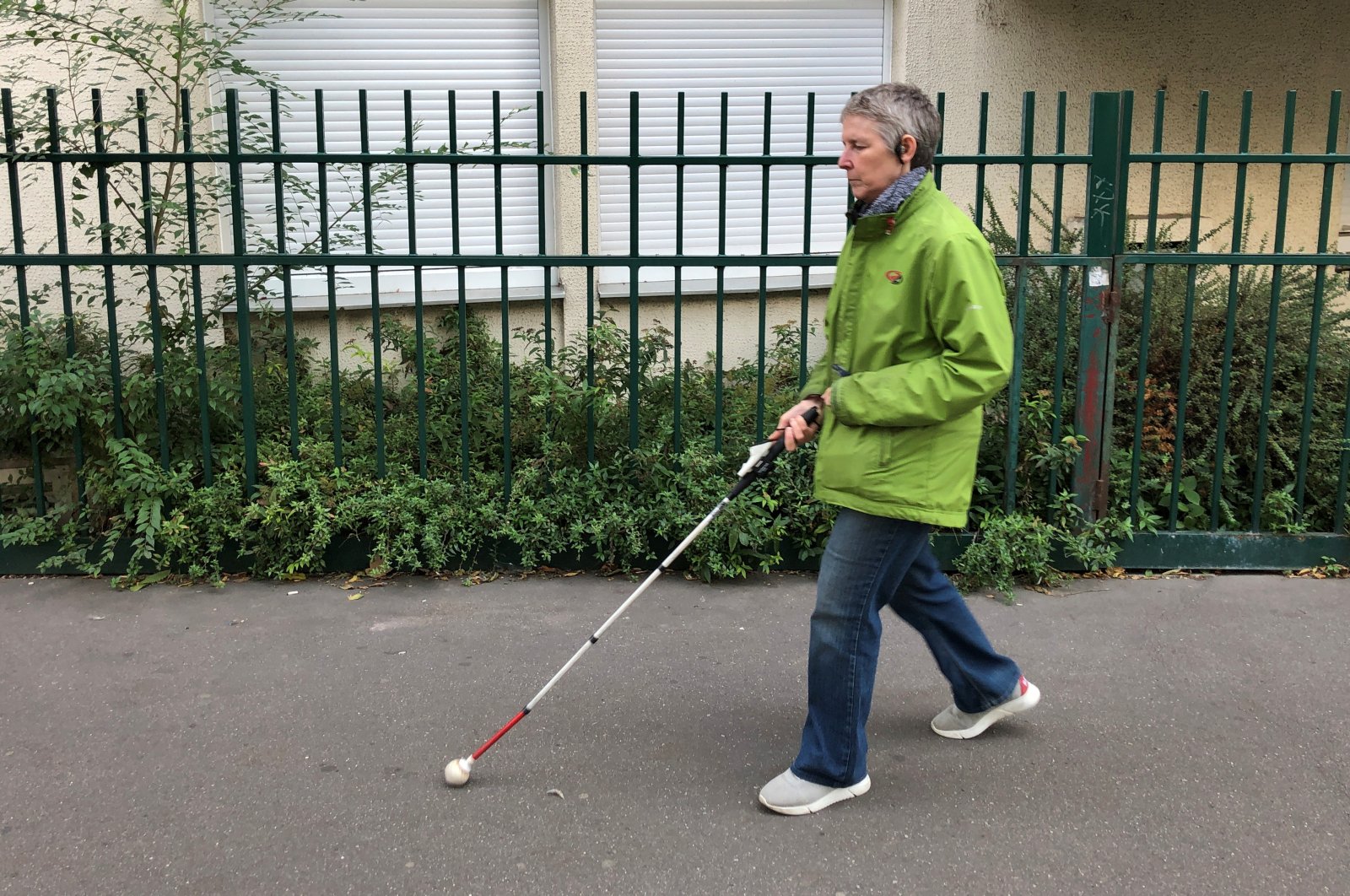 Laurence Jamet, Parisian woman blind since birth, walks with a cane and the electronic device, called Rango, invented by the Lyon-based startup Gosense, which uses sound and augmented reality to warn visually impaired people before a collision can occur, during an interview with Reuters in Paris, France, Sept. 21, 2021. (REUTERS Photo)
by REUTERS Sep 25, 2021 10:47 pm
RECOMMENDED

Visually impaired people face many hurdles in a world made for the sighted. They are often unable to work or perform day-to-day tasks. A technology developed by a French company has come up with a solution to make their lives easier.

Laurence Jamet, a Frenchwoman who has been blind since birth, decided to try out the device. As she walks down a Paris sidewalk, Jamet approaches a garbage can blocking her path. A beep sounds in her ears to warn her of the obstacle, she takes a step to the right to dodge it and continues on her way.

The electronic device she is wearing uses sensors to spot an obstacle in the path of a user and gives them the information they need to go around it.

Jamet has for years used a white stick to get around. It allows her to scan at ground level for obstacles, but it does not stop her colliding with objects sticking out above, like for example the open door of a truck.

"It's not unusual for me to come home with a bloodied forehead," said Jamet.

The device, which mounts on the top of her cane and sends information to her via headphones, fills that gap. "I get hit much less, and so I am less stressed," Jamet said of her experience using the gadget.

According to Francois Birot, co-founder of Gosense, the firm that developed the device, the big challenge was to not overload the user with information.

The device is designed to work out the user's trajectory, and only let them know about obstacles directly in their path. If the obstacle is ahead of them but to the right, the alarm will sound in their right ear, letting them know they need to take a detour to the left.

To date, the device is being used by nearly 400 people in France, with a handful of models in use in Switzerland, Germany, Belgium and Italy.

It sells for 2,000 euros ($2,348), though eligible people in France have most of the cost reimbursed by local government agencies.