Everything you need to know about COVID-19 antibody tests 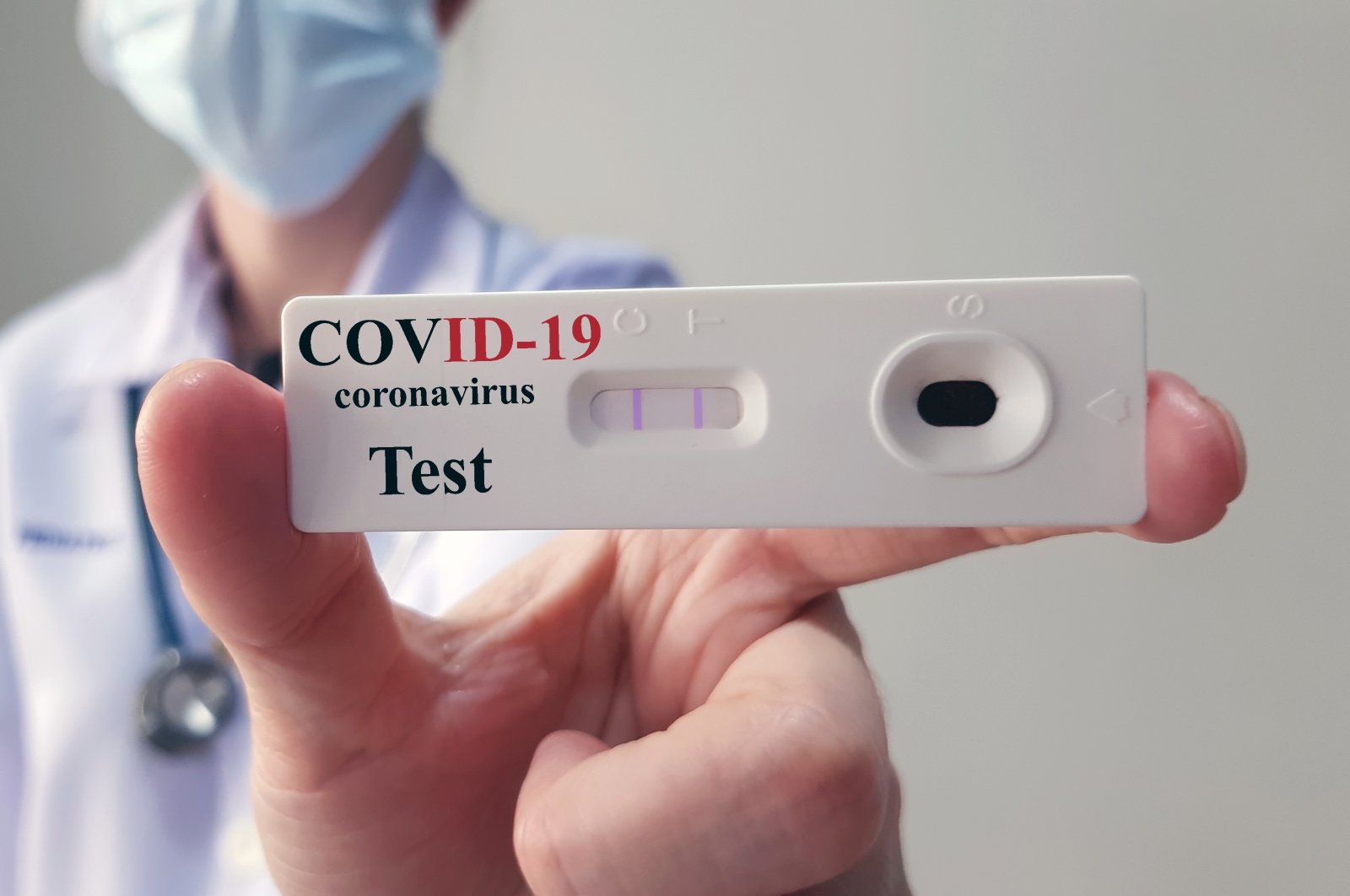 Whether you've just been vaccinated or think you've already had the coronavirus, many of us are curious about just how well we're protected against COVID-19. (Shutterstock Photo)
by German Press Agency - DPA Jun 01, 2021 11:29 am
RECOMMENDED

The novel coronavirus has been in our lives for more than a year now, but there are still so many questions that doctors and scientists cannot answer.

One of the most important questions is how long you're immune once you've recovered from an infection.

This is the question everyone's puzzling over, from scientists to pretty much the rest of the world. Meanwhile, those who have already received a first vaccine jab are also wondering whether they are already immune to the virus.

Antibody tests can help clear up some of these questions, although unfortunately, they don't provide absolute clarity about levels of immunity.

They can still help though and a laboratory physician, an immunologist and a virologist spell out what you need to know.

What antibody tests are available?

There are two main kinds: tests that measure whether antibodies are present at all, and others that assess how well those antibodies perform against the virus.

The former are mainly reliable and can establish whether you have had the coronavirus or not.

With the latter, known as neutralizing tests, blood serum is brought into contact with parts of the coronavirus in the lab to see how well the antibodies react and how well the virus is kept out.

While the test doesn't offer absolute certainty, it's safe to say that "a positive neutralization test almost always means you're protected," says Thomas Lorentz, from a German laboratory physicians group.

That means even simple antibody tests provide a certain degree of protection, although how much they can tell you is limited.

Are the tests limited in any way?

"No one can tell you yet at what level you are really immune," says Watzl. "You can with other viruses, but we haven't reached that point yet with the coronavirus." So even if you have high antibody levels, there is still a residual level of uncertainty.

How much do antibody tests cost?

While this varies from country to country, in much of Europe, antibody tests where your doctor takes blood and sends it to the lab for analysis, can cost around 18 euros ($22), Lorentz says, while neutralization tests are between 50 to 90 euros ($60-110).

There are also tests for home use, where you take some blood from your fingertip and send it for lab analysis or drip it directly onto a test cassette – similar to a rapid antigen test that tests for acute corona infection.

Lorentz advises against do-it-yourself antibody tests, however. Test kits, where you then send in a blood sample you take yourself, cost up to $70.

What types of antibodies are there anyway?

There are three kinds that are particularly interesting. The body's fast reaction forces against the virus are the IgA and IgM antibodies. They're quickly formed but the levels of them in your blood after infection also fall more quickly than the third group of antibodies.

These are the IgG antibodies, formed by "memory cells," some of which can remain in the body for a long time and remember that the Sars-CoV-2 virus is an enemy.

"Those who still have these memory cells can quickly produce many new antibodies when needed," says Watzl.

When does an antibody test make sense?

The body does not produce IgG antibodies until a few days after infection. So if you're testing for this type of antibody, as is the norm, experts say wait two weeks after the infection at least.

Meanwhile, if the test is looking to establish whether there are IgM antibodies, for example, it may come out negative even just a few weeks after infection.

"Tests for IgA and IgM antibodies have not been successful in the coronavirus pandemic," says Lorentz.

So what does it mean if an antibody test comes back negative?

It does not necessarily mean you're not protected against the virus. "We see people who have had a mild infection where the concentration of antibodies drops relatively quickly," says Marcus Planning, a German virologist at Freiburg University Hospital.

That also means their antibody test would soon come back negative – but they could still have a level of protection, thanks to T-cells, the other way our bodies fight disease.

They don't jump on viruses to prevent them from docking on your cells but destroy cells that the virus attacks, making them an important part in your immune response.

It could be that following an infection, you have relatively robust T-cell immunity, which ensures that you get less sick or not ill at all, despite having fewer or no antibodies, he says.

In theory, everyone who wants to can have their blood tested for T cells, depending on their location, as various lab physicians offer T-cell tests.

Can you do more activities if you have a positive antibody test?

The question of rights and freedoms also depends on where you are. There are several places giving the same rights to anyone who has had COVID-19 during the past six months as a fully-vaccinated person. However, a positive antibody test is not sufficient.

"So far, the only way to prove the time of infection is with a positive PCR test," says Watzl. That means the test has to be at least 28 days old and no more than six months old.

So when does it even make sense to have an antibody test?

It makes sense particularly for those with an immune deficiency or who take immunosuppressants, Watzl says. "With them, you can take a look after the second vaccination to see how high the antibody level is." For everyone else – both vaccinated and recovered – Watzl believes the significance is "limited."

Lorentz says anyone who wants an assessment of immune protection against the coronavirus should opt for a neutralization test.

He says he can't think of any times where a simple antibody test would make sense unless you only want to know whether you have had the virus or not.