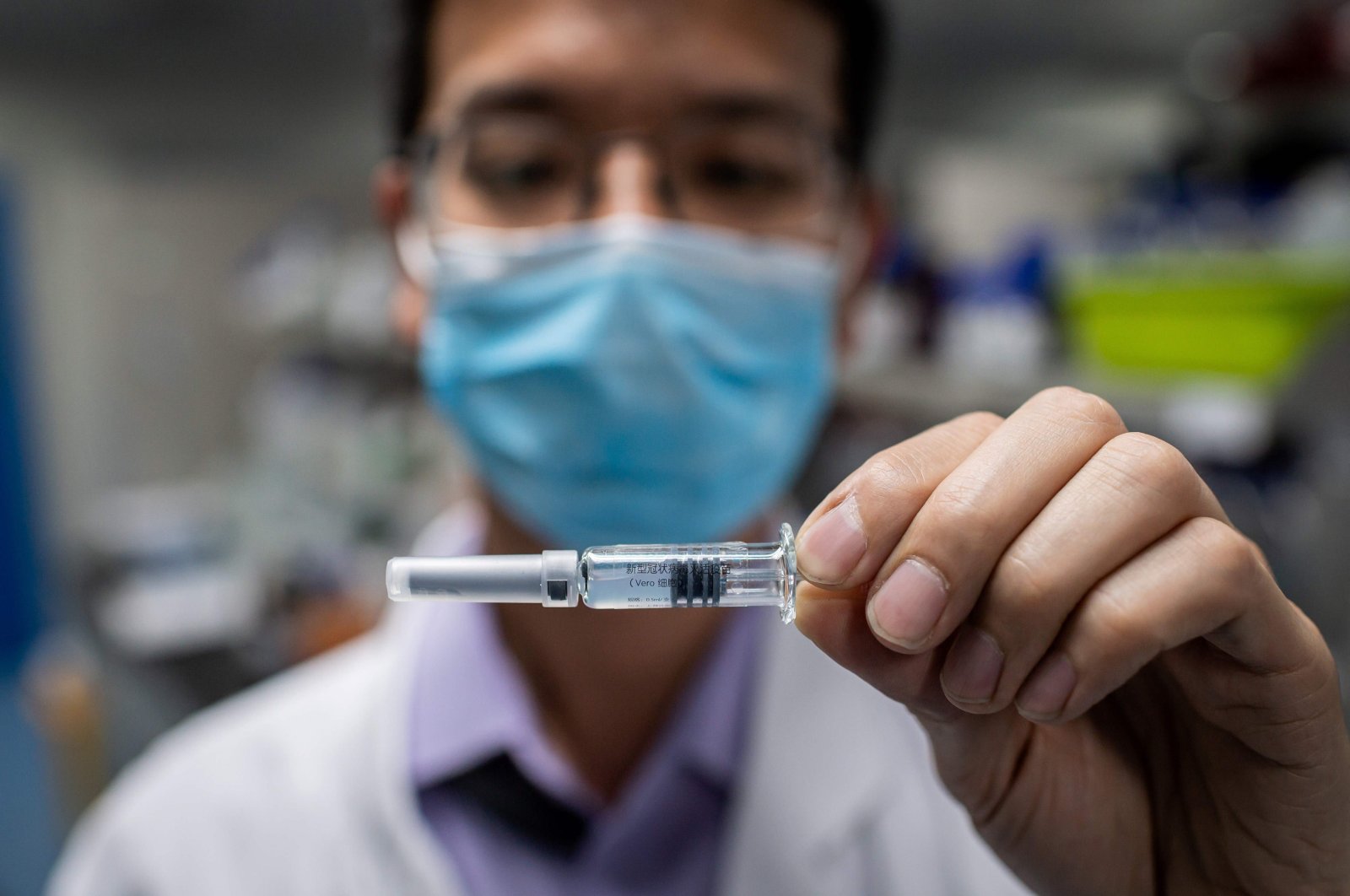 An engineer shows an experimental vaccine against COVID-19 that was tested at the Quality Control Laboratory at the Sinovac Biotech facilities in Beijing, April 29, 2020. (AFP Photo)
by French Press Agency - AFP Oct 16, 2020 9:23 am
RECOMMENDED

A $60 double-dose experimental coronavirus vaccine is being made available to some residents in an eastern Chinese city, health officials have said, the first details of a mass rollout for an as-yet unproven vaccine.

Officials in Jiaxing said Thursday residents aged between 18 and 59 with "urgent needs" can seek consultations at clinics for a Sinovac Biotech vaccine that authorities have been giving to groups such as medical workers.

The statement from Jiaxing's center for disease control and prevention did not specify what constituted "urgent needs."

Authorities did not say how many people in the city had been given the vaccine, which comes in two doses, administered up to 28 days apart and costing a total of 400 yuan ($59).

China has already given hundreds of thousands of essential workers at ports, hospitals and other high-risk areas across the country an experimental vaccine, according to officials.

But even as 11 Chinese vaccines have entered clinical trials –with four in advanced Phase Three trials – none have been approved for mass market distribution.

China is desperate to win the global race for a vaccine against a virus which emerged in the central city of Wuhan, as it seeks to complete its narrative of recovery from the public health and economic calamity.

China has approved some candidates for emergency use, with officials saying they have not seen serious adverse reactions.

Beijing has also made bold predictions on a broader rollout before year-end as it battles a storm of international criticism over its early handling of the outbreak.

Health officials told a press conference last month that the country expects to be able to produce 610 million vaccine doses annually by year-end, stressing it would be affordable.

Chinese President Xi Jinping has also previously declared that Chinese vaccines would be made a "global public good."

China has signed up to a World Health Organization-led bid to ensure future Covid-19 vaccines are distributed to developing countries, the biggest economy yet to join the attempt to control the pandemic.

Beijing has not given details on how much money it would commit to the deal, which has a fundraising goal of $2 billion and aims to provide 92 low and middle-income countries with a future vaccine.