First pig kidney transplant in human a success in US 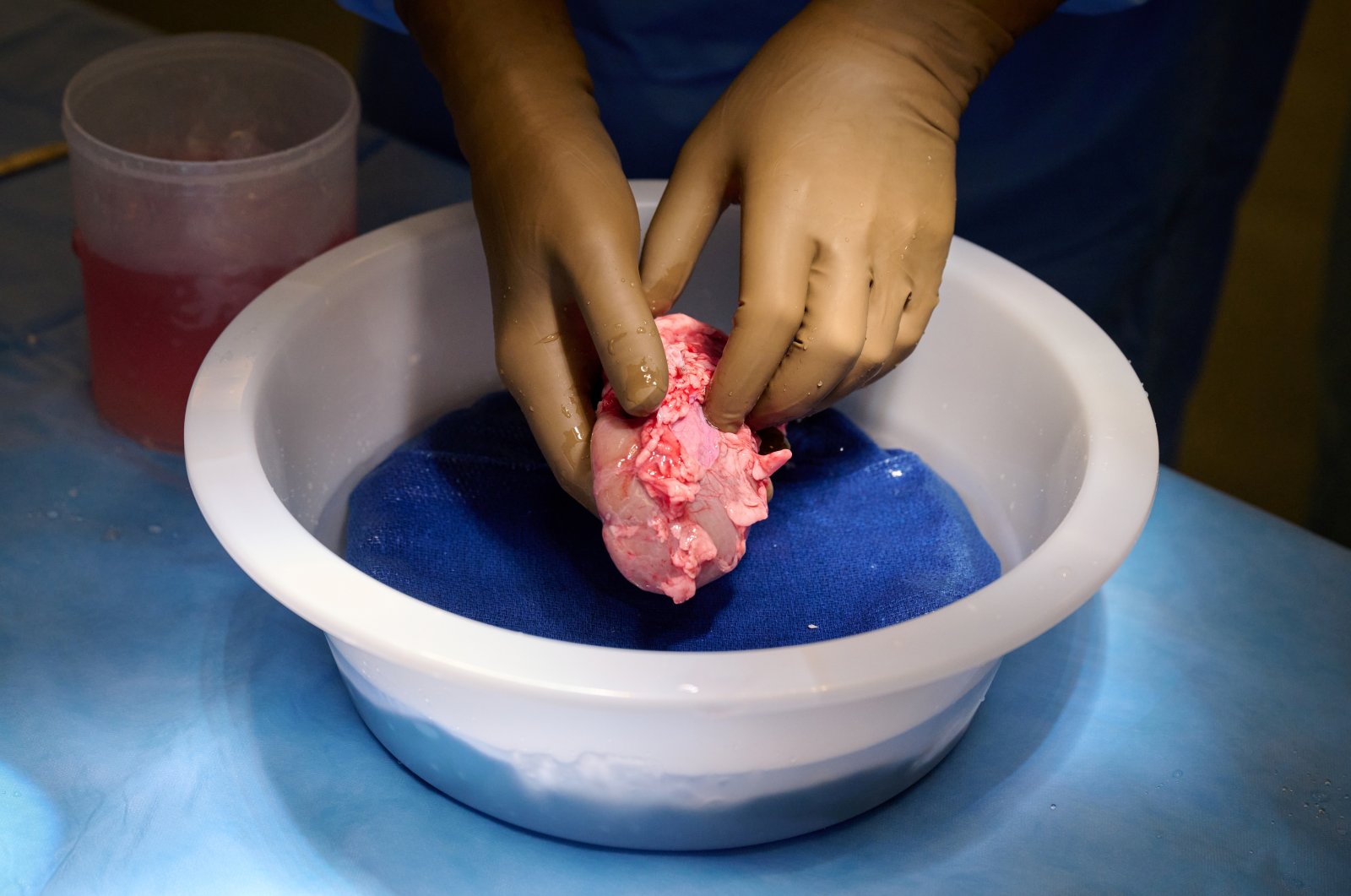 A genetically engineered pig kidney is cleaned and prepared for transplantation to a human at NYU Langone in New York, U.S. (Reuters Photo)
by REUTERS Oct 20, 2021 5:52 pm
RECOMMENDED

A potential breakthrough in medicine was made when for the first time a kidney from a pig was transplanted into a human patient without an immediate rejection from the recipient's immune system. This advancement could eventually help alleviate a dire shortage of human organs for transplant.

The procedure done at NYU Langone Health in New York City involved the use of a pig whose genes had been altered so that its tissues no longer contained a molecule known to trigger almost immediate rejection.

The recipient was a brain-dead patient with signs of kidney dysfunction whose family consented to the experiment before she was due to be taken off of life support, researchers told Reuters.

For three days, the new kidney was attached to her blood vessels and maintained outside her body, giving researchers access to it.

The kidney made "the amount of urine that you would expect" from a transplanted human kidney, he said, and there was no evidence of the vigorous, early rejection seen when unmodified pig kidneys are transplanted into nonhuman primates.

The recipient's abnormal creatinine level – an indicator of poor kidney function – returned to normal after the transplant, Montgomery said.

In the United States, nearly 107,000 people are presently waiting for organ transplants, including more than 90,000 awaiting a kidney, according to the United Network for Organ Sharing. Wait times for a kidney average three to five years.

Researchers have been working for decades on the possibility of using animal organs for transplants but have been stymied over how to prevent immediate rejection by the human body.

Montgomery's team theorized that knocking out the pig gene for a carbohydrate that triggers rejection – a sugar molecule, or glycan, called alpha-gal – would prevent the problem.

The genetically altered pig, dubbed GalSafe, was developed by United Therapeutics Corp's Revivicor unit. It was approved by the U.S. Food and Drug Administration in December 2020 for use as food for people with a meat allergy and as a potential source of human therapeutics.

Medical products developed from the pigs would still require specific FDA approval before being used in humans, the agency said.

Other researchers are considering whether GalSafe pigs can be sources of everything from heart valves to skin grafts for human patients.

The NYU kidney transplant experiment should pave the way for trials in patients with end-stage kidney failure, possibly in the next year or two, said Montgomery, himself a heart transplant recipient. Those trials might test the approach as a short-term solution for critically ill patients until a human kidney becomes available, or as a permanent graft.

The current experiment involved a single transplant, and the kidney was left in place for only three days, so any future trials are likely to uncover new barriers that will need to be overcome, Montgomery said. Participants would probably be patients with low odds of receiving a human kidney and a poor prognosis on dialysis.

"For a lot of those people, the mortality rate is as high as it is for some cancers, and we don't think twice about using new drugs and doing new trials (in cancer patients) when it might give them a couple of months more of life," Montgomery said.

The researchers worked with medical ethicists, legal and religious experts to vet the concept before asking a family for temporary access to a brain-dead patient, Montgomery said.