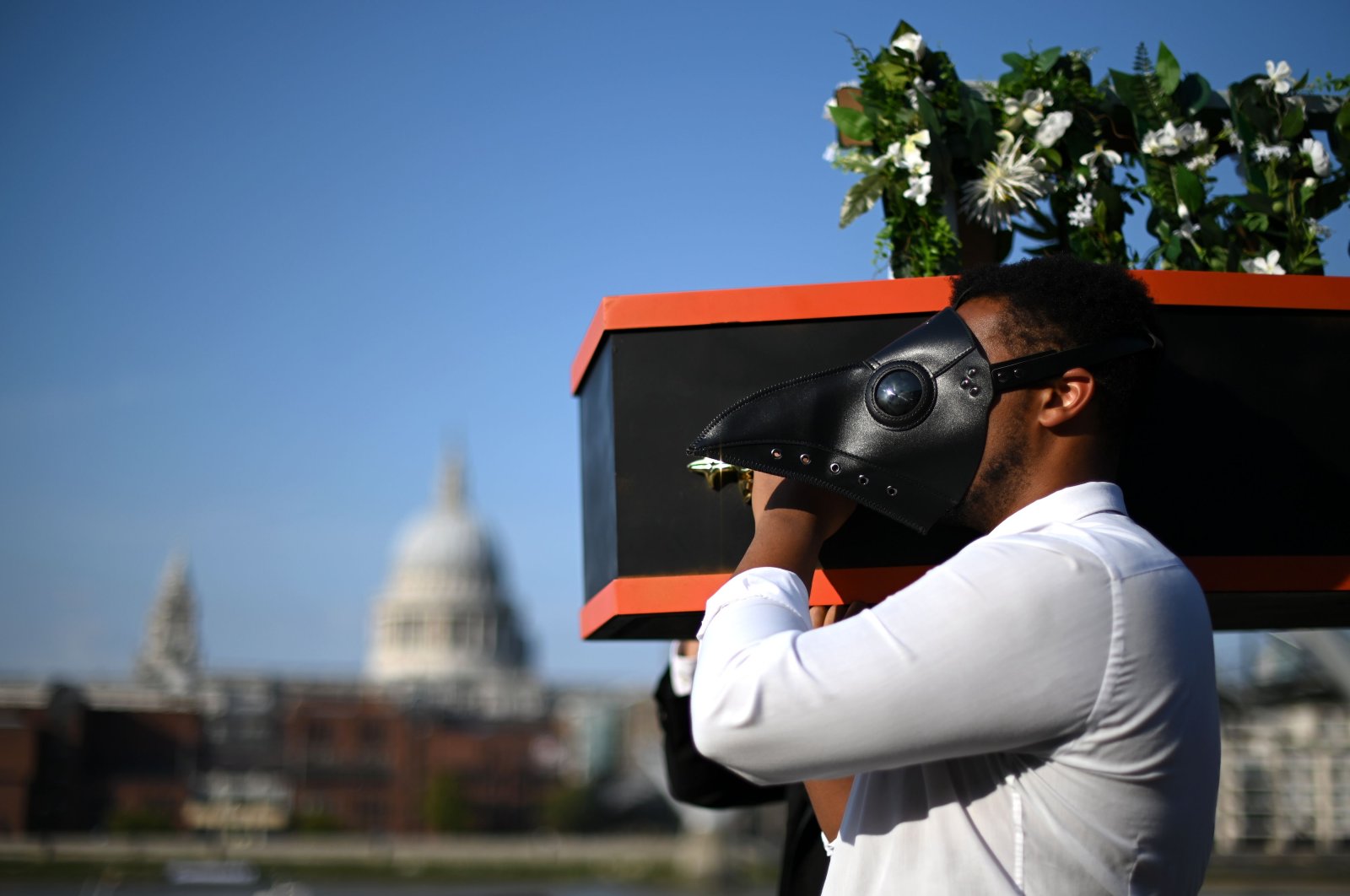 Musicians perform a staged funeral for the "death" of live music, during a socially distanced photocall performance for One Night Records' forthcoming "Lockdown Town" production, on the banks of the River Thames in London, Britain, Sept. 16, 2020. (AFP Photo)
by Daily Sabah with Agencies Sep 22, 2020 5:26 pm

British experts warned Tuesday that getting infected with the flu and COVID-19 at the same time doubles the risk of death from the coronavirus.

According to a study by Public Health England (PHE), the country’s highest public health body, the risk of dying is 2.27 times more in patients with the flu and COVID-19 compared to those who just have the coronavirus, and they are also 5.92 times more probable to die than those who had neither of these diseases.

The study also found out that people over the age of 65 were at much greater risk as most of the coinfection cases were recorded in this age group, while more than half of them died due to the illnesses.

Amid growing concerns about the coming flu season and a second wave of the coronavirus, the U.K. government Tuesday tightened restrictions to stem the rising tide, ordering pubs in England to shut early and abandoning calls for people to return to workplaces to help kickstart the battered economy.

"This is the moment we must act," Prime Minister Boris Johnson told Parliament. "We're acting on the principle that a stitch in time saves nine."

Johnson said the measures, which could be in place for up to six months, would be bolstered by greater penalties for infringements, a boosted police presence and military backup.