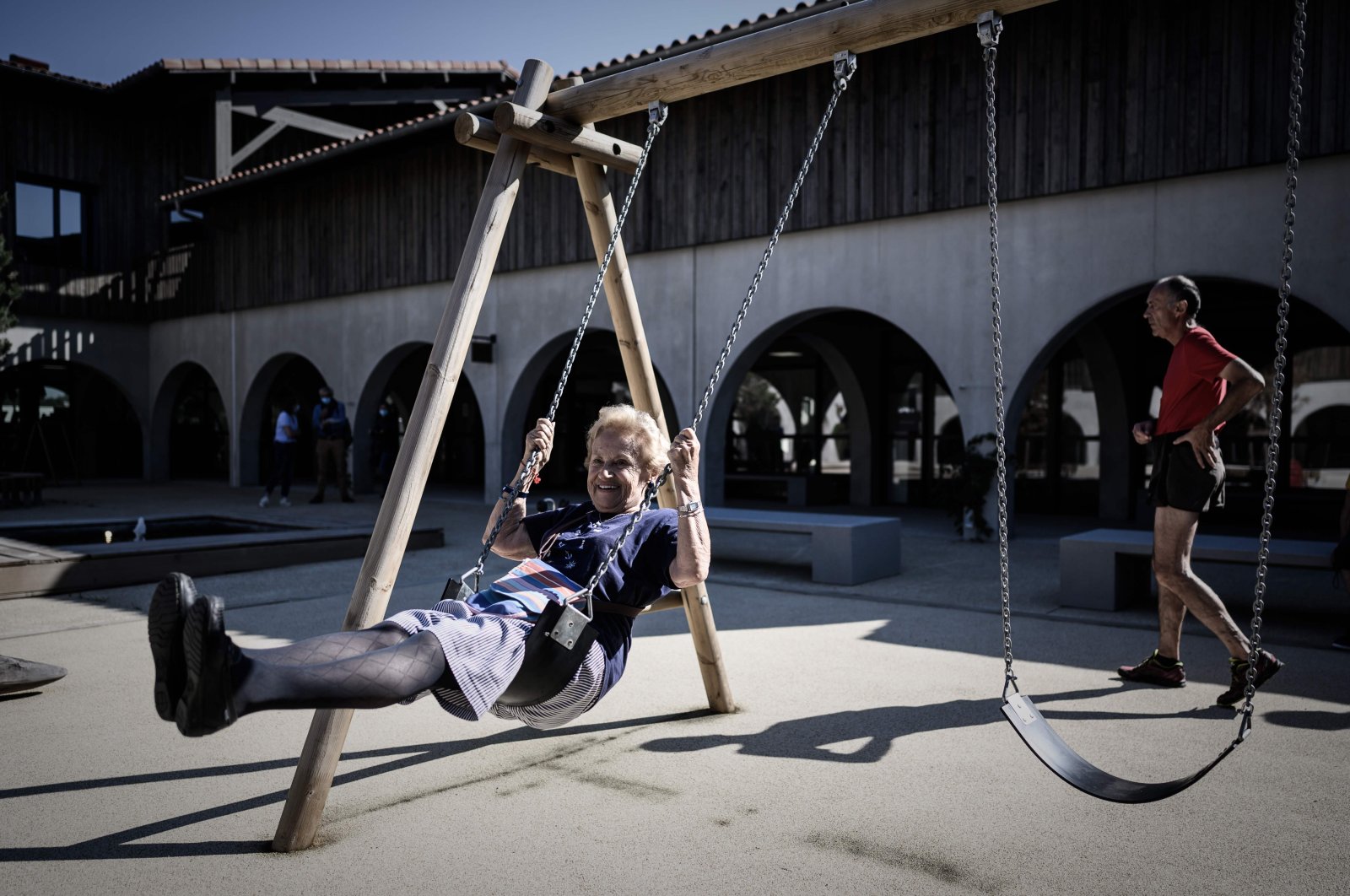 The small village, like most in France, has a cafe-restaurant, hairdresser, superette and library. Neighbors have a cup of coffee and a chat on the terrace or meet up in the park or at the gym before heading their separate ways home.

But these are no ordinary villagers. Their average age is 79, and they all share a debilitating disease: Alzheimer's.

Opened in June in the southwestern spa city of Dax, the Village Landais Alzheimer – named after the Landes department in which it is located – hosts 120 people afflicted with the cruel, memory-robbing ailment for which there is no cure.

For each resident, medical caregivers and volunteers – 240 people in total – are on hand to provide assistance with the daily tasks that for some have become impossible to manage on their own.

But this is no care home. The staff does not wear white coats, and residents are given the freedom to pursue their individual lifestyles, as far as is possible.

"Each resident has their own room and live at their own rhythm. The one that rises at 6 a.m. does not disturb the tranquility of the one that enjoys sleeping in," Aurelie Bouscary, an assistant at the community, told Agence France-Presse (AFP).

The village is just over an hour by train from Bordeaux and 3 1/2 hours from Paris and has a long waiting list of potential clients.

Inspired by a similar project in the Netherlands, the trial at Dax is being closely watched by public health experts in Japan and Italy – countries with similarly aging populations seeking new, more humane care models.

A key aim of the village is to allow residents to maintain a close relationship with their loved ones and not become cut off from the world. It seeks to allow for "daily interaction between the village and the outside world," states the facility's website.

"Indeed, the Landes project also wants to change society's perceptions of Alzheimer's disease. Raising awareness ... of the behavior caused by this type of dementia will help change the way it is perceived."

Ten places of the 120 are reserved for dementia sufferers under 60, and the youngest resident is 40.

Alzheimer's affects mainly older people – about one in four over-85s is a sufferer. According to the World Health Organization (WHO), some 10 million people per year are diagnosed with dementia, with Alzheimer's accounting for about two-thirds of cases. Numbers have soared as lifespans have lengthened thanks to medical advances in other fields.

Symptoms typically progress from forgetfulness and absent-mindedness to major memory loss and near-total dependence as sufferers become unaware of time and place, and depression is a common feature. Toward the end, those afflicted can forget even how to eat.

The Landes village consists of four "neighborhoods," each with four homes housing about eight people apiece.

Residents are not allowed to leave the 5-hectare (12.3-acre) property but can receive unrestricted visits and have access to tranquil walking paths, a pond and a park complete with swings – a popular attraction. Adding a countryside touch, the donkeys Junon and Janine wander freely about the calm, greened community.

House residents can share meals in a common dining area and are roped in to help with tasks such as table setting, with a staff member always on hand to keep an unobtrusive eye.

"The job is still one of caregiving," said Bouscary. "But it is completely different" than existing models. "I feel like I'm doing my work better."

The village opened just weeks after France emerged from two months of coronavirus home confinement, a time of forced separation from loved ones that hit people in care homes particularly hard.

"Since arriving in June, they have been able to make themselves comfortable and regain peaceful freedom," said Nathalie Bonnet, a psychologist at the community.

"They have recovered their motivation and are resuming everyday activities. As there is always someone on hand to address episodes of anxiety or depression, they calm down faster. And as a result, prescriptions for antidepressant treatments can be reduced," she added.

The coronavirus epidemic has limited outside contact for the time being, but eventually, residents of nearby cities and towns will be welcomed to attend concerts, join in the village festivals or even have their hair cut at the salon.

The center cost some 28 million euros ($33 million) in state funds to build, with annual running costs of 6.7 million euros. Government agencies cover the occupancy cost of 65 euros per resident per day.

In the village restaurant, Melany Fournier shared a meal with her resident aunt.

"I was a bit apprehensive," she said, having come from Switzerland for the visit. "But seeing her so calm and free to make her own choices ... She is at home, she calls this 'The village.'"