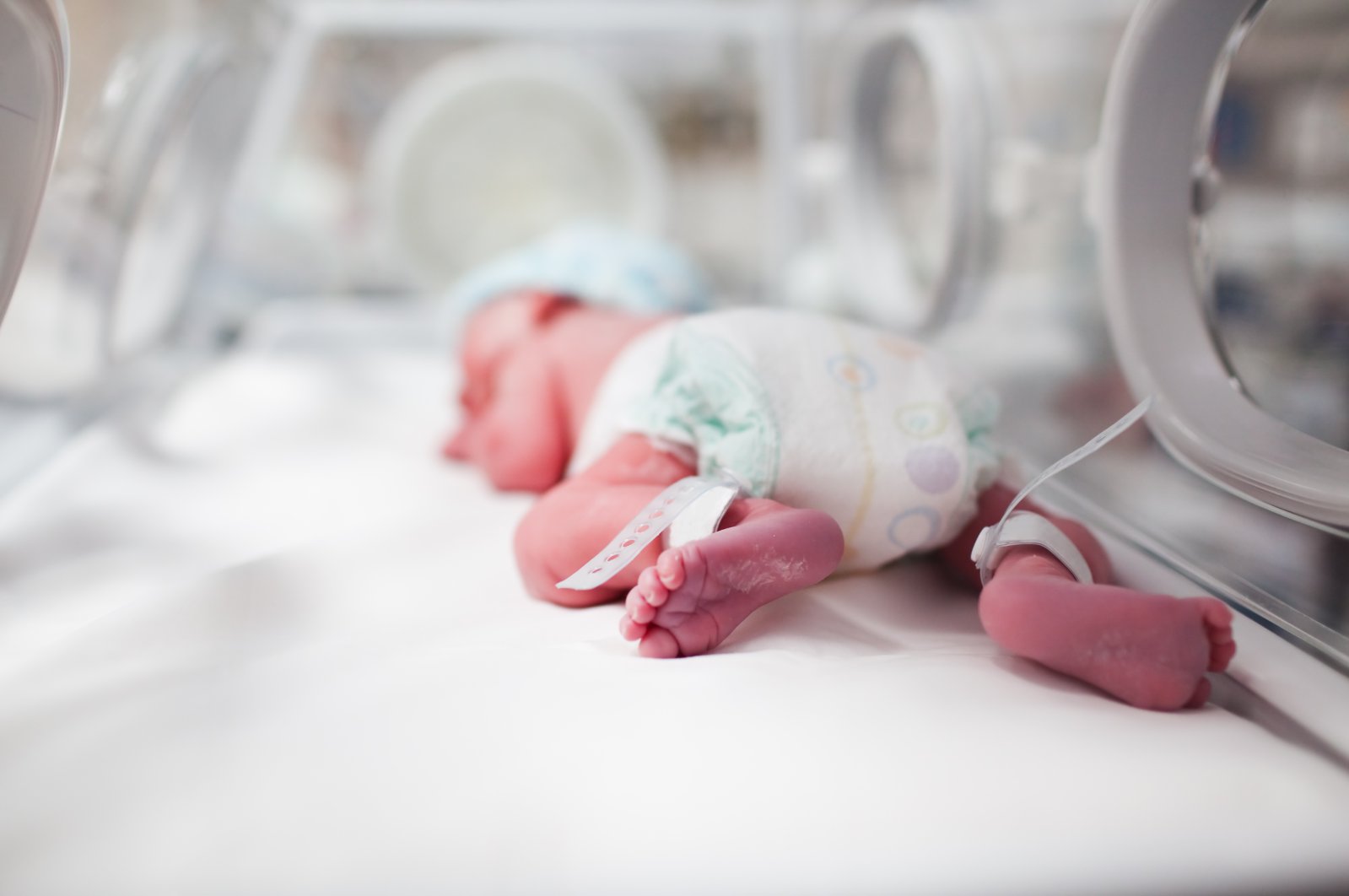 A French study found that the coronavirus could pass from the placenta through the umbilical cord to the unborn baby. (Martin Valigursky/Shutterstock Photo)
by Anadolu Agency Jul 15, 2020 8:16 pm
RECOMMENDED

Doctors at a hospital near Paris have published a study on the first case of a baby being infected in utero with COVID-19 and then being born with the disease.

The article, published July 14 in the journal Nature Communications, details the delivery and birth of a male child to a 23-year-old mother who was infected with COVID-19 during the last trimester of her pregnancy. A group of eight researchers presented the findings as the virus unfolded on the third day of the child's life.

The mother had entered the hospital in March eight and 3/4 months pregnant, showing symptoms of COVID-19 just prior to giving birth, most particularly a severe cough and a fever of 38.6 Celsius (101.48 Fahrenheit). The child was delivered by cesarean section and then showed symptoms of the virus just after birth, such as severe rigidity, damage to white matter in the brain and extreme irritability.

Both the child and the mother have recovered, the baby within three weeks' time. The mother was discharged from the hospital six days after delivery in good condition.

The article states that it is as yet unclear how the infection could have been transmitted from the mother to the fetus but pointed to a route via the umbilical cord. It is the first finding of its kind to be presented to the medical community.

Before this case, doctors concurred that the virus is only transmitted through droplets emitted into the air, from one human to another and that other routes of infection have only been hypothesized.