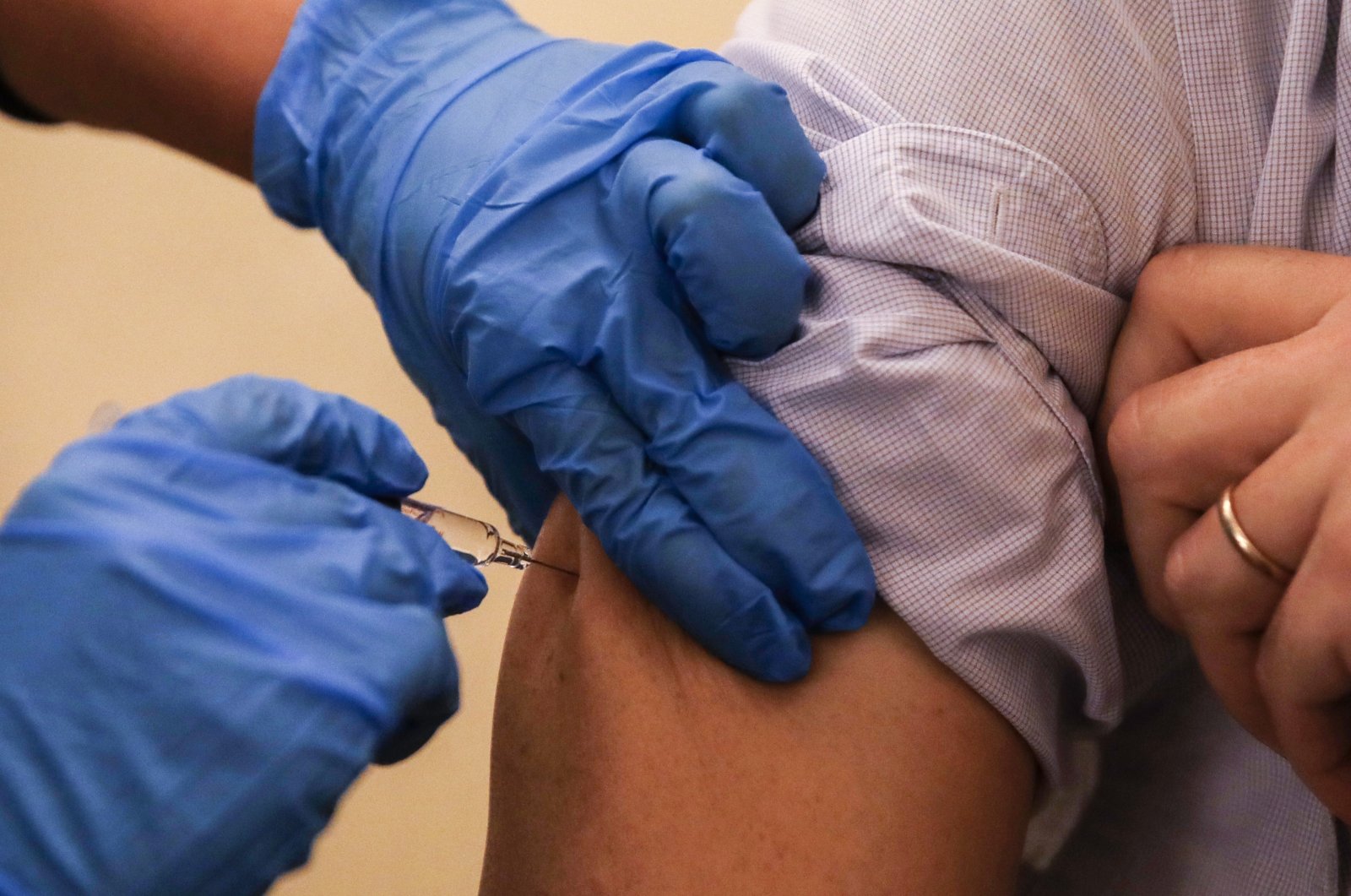 With COVID-19 vaccine trial results looking positive, governments and pharmaceutical firms face their next daunting challenge: convincing the world to get inoculated.

Public resistance to vaccines has been much discussed this year, but the issue became very real on Monday when Pfizer and BioNTech announced their candidate was more than 90% effective in large trials – hoisting an actual shot onto the horizon.

Numerous opinion polls carried out before and during the pandemic showed confidence is volatile, and that political polarization and online misinformation threatens uptake. Many people have concerns about the accelerated speed of COVID-19 vaccine development.

The World Health Organization (WHO) estimates about 70% of people must be inoculated to break the transmission of the virus. Since it is unlikely a vaccine, once approved, will be immediately available for the masses, experts said getting medical workers on board will be critical.

"We should have really targeted discussions and engagement with health care providers," Heidi Larson, director of the global Vaccine Confidence Project, told Reuters.

"Not only are they going to be the first ones expected to get a vaccine – if not required to – they're also going to be the ones on the front lines facing the onslaught of questions from the public," she said.

While about 200 COVID-19 vaccine candidates are in development globally, with dozens in human clinical trials, no shot has actually crossed the finish line and been approved, though the one from Pfizer-BioNTech appears to be on track.

Their recently published research showed that if an initial COVID-19 vaccine was about as effective as a flu shot, uptake by the American public may fall far short of the 70% level needed to achieve "herd immunity."

"However, if the vaccine was 90% effective it would significantly increase Americans' willingness to vaccinate by more than 10%, critical to ensuring enough public acceptance to help the U.S. eventually get closer to herd immunity," said Kreps.

Experts are also cautioning that any conversation over a vaccine's risks and rewards must be frank. A return to normal life will still take time, with no one shot likely to be a silver bullet. And many questions are likely to remain, including how long a vaccine will provide protection.

The Reagan-Udall Foundation for the FDA, a non-profit that supports the U.S. Food and Drug Administration, has been holding focus groups to gauge the public mood and is now crafting campaign messages to help tackle concerns.

Its chief executive, Susan Winckler, said more than a dozen focus groups of 150 people in total held since August – some in person, some by video – had unearthed numerous concerns.

"We heard distrust of both government and the health care system," Winckler said. "Many didn't want to be first in line for the shot."

It's a global phenomenon; a survey from early November, carried out by the World Economic Forum (WEF) and covering 18,526 people in 15 countries, showed 73% of people willing to get a COVID-19 vaccine, a four-point fall since August.

Regulators and the drug industry have taken pains to reassure the public they won't cut corners on safety, with a top U.S. drug agency official saying he would quit if an unproven vaccine were rubber-stamped.

The International Federation of Pharmaceutical Manufacturers & Associations, a drug industry group, also plans a campaign by 2021, while the U.S. Council for International Business, with 300 multinational corporations as members, is also getting behind a campaign pushing for workforce take-up of eventual COVID-19 vaccines.

Some studies show government and employer recommendations will help convince people to get vaccinated.

Scott Ratzan, co-leader with Larson of "CONVINCE," an initiative supporting communication and engagement for vaccine uptake globally, stressed the importance of medical workers getting inoculated, saying others would then be more likely to follow suit.

"If we don't have the medical folks signed on ... we'll lose the early battle," he added. "The only way to get back to normal is if we can get enough workers or employees covered."