Hula hoops help strengthen your abdomen, back and waist 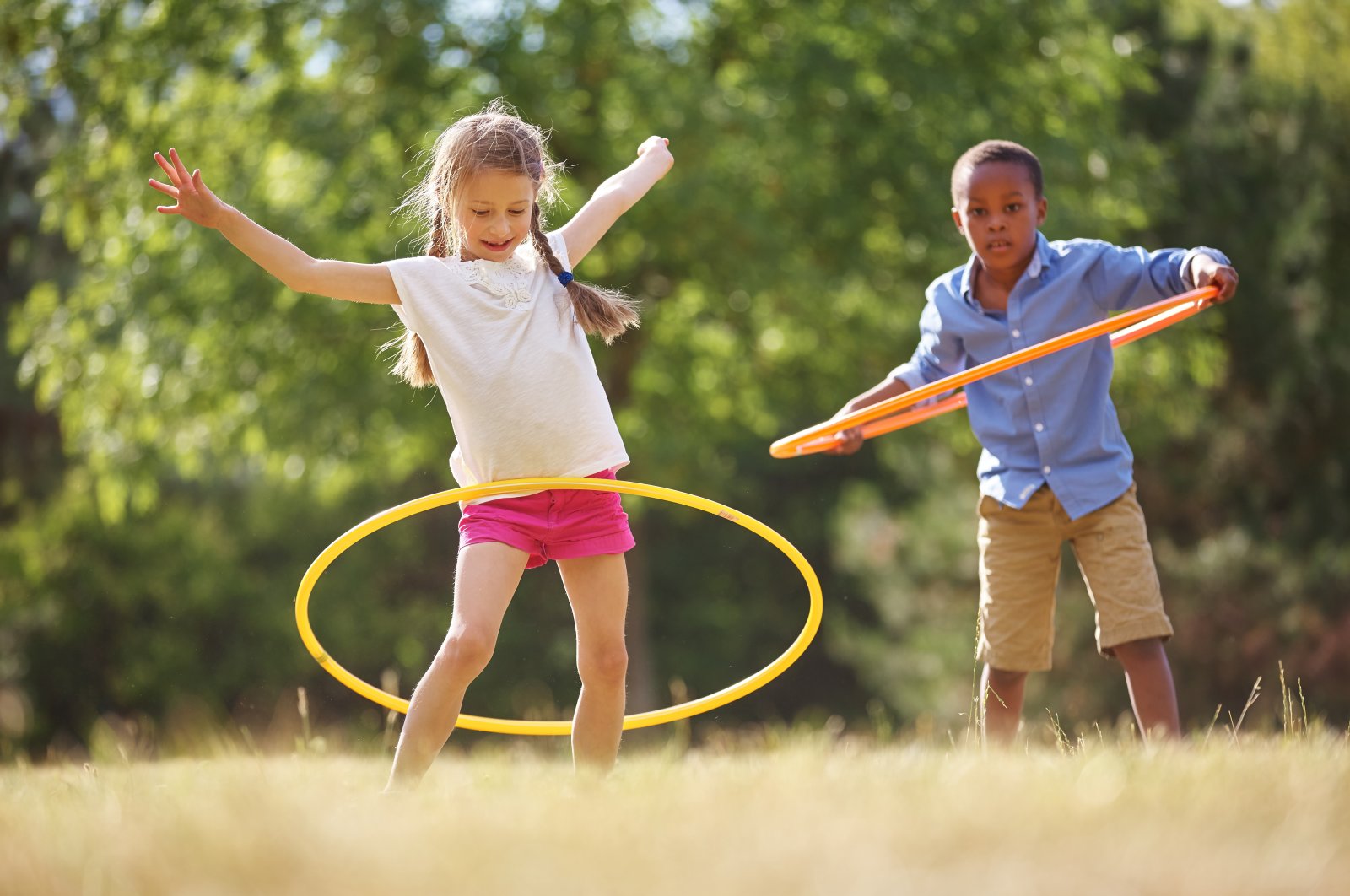 Experts say hula hoop is great for people living in apartments but that it's about more than just finding the right technique. (Shutterstock photo)
by German Press Agency - DPA Aug 18, 2021 11:32 am
RECOMMENDED

Hula hoops are back in fashion and you may remember them from the first time round. If you don't, the technique is not hard to master, and you'll be besting kids at the playground in a flash.

Either way, there are plenty of reasons to embrace the trend, says exercise coach Saskia Richardt.

Starting with fun. She says the hula hoop often transports people back to when they were young. But it is also a really flexible piece of kit, she adds.

"You can hula hoop with friends, in the garden or in front of the TV while watching your favorite series," says Corinna Loroff, a specialist in hula hoop fitness.

It's also not an activity that is likely to annoy your neighbors – after all, you aren't jumping up and down a lot, like in many other exercise workouts.

The hula hoop strengthens the body's core, meaning the abdomen, back and waist," Loroff said.

Meanwhile, if you swing the hoop, you also wind up standing straighter, too, which can't be a bad thing especially if you are based at a desk.

You can also burn calories by making the hula hoop part of your workout.

Workout researcher Lars Donath is all on board. "It's a low-threshold training device," says the expert from the German Sport University in Cologne. The risk of injury is low as well.

While there aren't many studies out there on the effectiveness of hula hooping for a workout, the few that exist seem to show it's worth giving the hoop a chance.

"The isolated studies show that within a few weeks, you can increase core strength and endurance, as well as noticeably reduce lower abdominal fat," Donath says. Besides a firm waist, it also helps with coordination.

Not much can go wrong with the hula hoop – although if you suffer from back pain or have slipped a desk, take care – or try a different sport, he said.

You can even do hula hoop exercises if you're pregnant, although here, too, you should proceed carefully and check first with a doctor.

Hoops differ, if you are planning to buy one, with a range available in different sizes and weights. Some have extras, such as massage pins.

Pick carefully as it's a crucial decision, says Richardt, as you might feel less motivated if you get one that is not the right size, as learning becomes tougher or if you wind up with bruises.

If you weigh more than 85 kilograms (187 pounds), you can also start with a slightly heavier hula hoop, weighing around 1.5 to 1.8 kilograms.

The right diameter also depends on your size – so get one that reaches your navel when you're standing up. When in doubt, go for a slightly bigger one, says Richardt, as the bigger the hula hoop, the slower the swing, so it is easier on beginners.

Avoid fancy features like massage pins if you are just starting out, as you might wind up with bruises on your abdomen.

Pick carefully what you wear, too. Hula hoops stick better to bare skin than fabric, says Loroff, suggesting you start out with leggings and a sports bra, while men should just skip the T-shirt, she says.

Technique counts too. "It's important not to be tempted to imitate the hula hoop's movement," says Richardt. Also, it goes beyond a generous swing of the hips.

"It's more of a left-right or a forward-backward movement of the hips," she says.

Tense the center of the body and give the hoop enough momentum so that it circles around the body about twice without a great deal of effort.

And don't worry if it doesn't just happen the first time around. "Just keep at it," says Loroff.

Don't get carried away once you've got the hang of it, either, but start out doing two to five minutes at a time to avoid bruises, and raise this amount over time.

Donath's advice is to start easy and not overdo it – 10 to 15 minutes of hula hooping daily should be enough at first. Interval training is best here: That means hula hooping for 30-45 seconds and then taking a brief break, and repeating this series up to 15 times.

That said, only working out with a hula hoop would quickly become boring, and probably too easy. It doesn't help that it's an individual activity and not interactive, upping the boredom factor.

"Time-wise, there's no limit to how much you can do: I sometimes watch a film and spend the whole time with my hula hoop," says Loroff.

She says make sure you swing the hoop in the other direction too, so you train your torso muscles evenly.

Once you are more experienced, you can also incorporate the hoop into other workouts and Donath sees the hoop as a good addition to a more varied training program.

"It's great to use it as a weight, for example by holding it over your head during squats," says Richardt. She says you can also make it part of a session of sit-ups or jumping jacks.

The experts also point out not to expect to lose a lot of weight, saying that using a hula hoop is a great way to start a healthier, more active lifestyle as a supplementary activity.

If you'd like to stay with hula hooping a bit longer, you should probably change the hoops you're using and perhaps buy a heavier one or a wider one to switch up your workout that way.