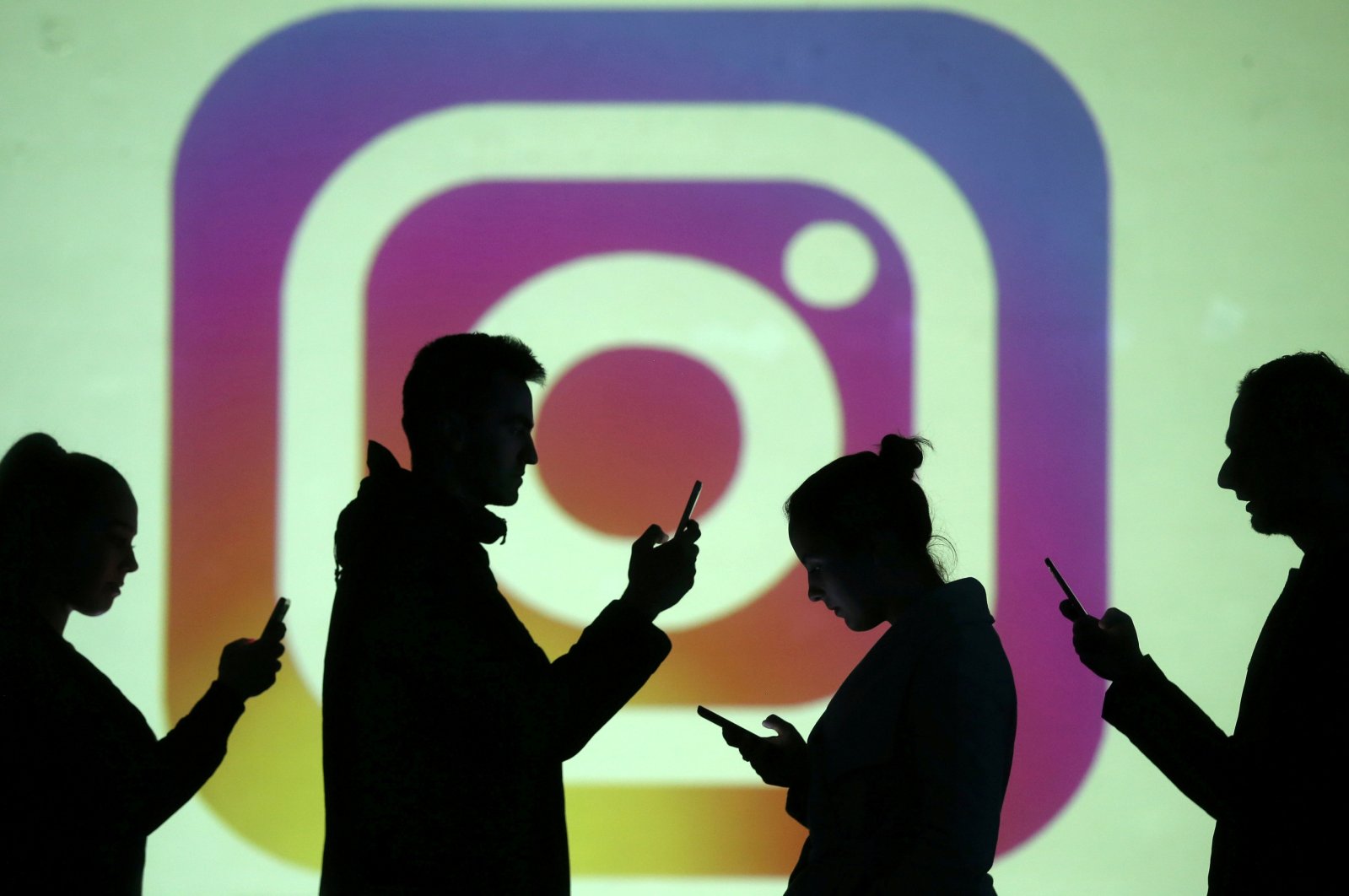 Silhouettes of mobile users are seen next to a screen projection of the Instagram logo in this picture illustration taken March 28, 2018. (REUTERS Photo)
by Anadolu Agency Mar 10, 2021 1:55 pm
RECOMMENDED

Instagram's algorithm was already under fire from influencers for showing their posts to only about 10% of their followers and limiting their reach but this time the social media platform is implicated in a much more serious offense: spreading COVID-19 vaccine rumors.

A recent study revealed that the platform was pushing misinformation on coronavirus and vaccines to its users' timeline through its suggested posts, echoing behavior by its parent company Facebook.

"The Instagram algorithm is driving people further and further into their own realities, but also splitting those realities apart so that some people are getting no misinformation whatsoever and some people are being driven more and more misinformation," said Imran Ahmed, the CEO of the Center for Countering Digital Hate that conducted the study, cited by the U.S. National Public Radio.

The social media platform recommended 104 posts containing misinformation, about one post a week, from September to November in 2020, according to the nonprofit company that has offices in London and Washington D.C.

"Putting it into the timeline is really powerful," Ahmed said. "Most people wouldn't realize they're being fed information from accounts they're not following. They think 'These are people I've chosen to follow and trust,' and that's what makes it so dangerous."

Although Facebook allegedly took on an aggressive approach against falsehoods about COVID-19 vaccines in recent months, critics say the fight has not been efficient to prevent misinformation from spreading with its automated suggestion posts.

Pinterest took a similar initiative in 2019 when it announced that it would direct vaccine-related searches on the platform to credible scientific bodies such as the World Health Organization (WHO) and the U.S. Centers for Disease Control and Prevention (CDC).