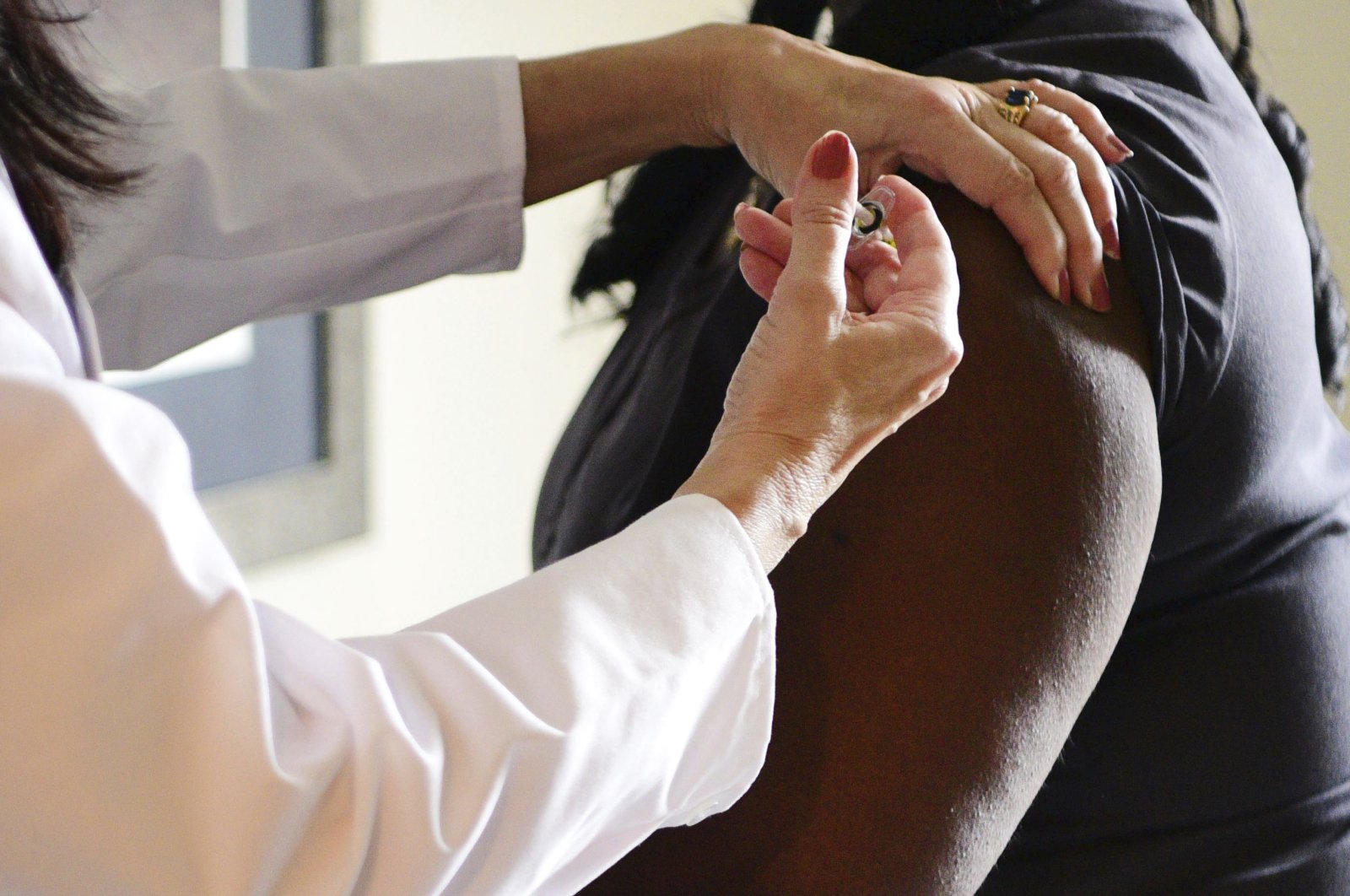 A woman receives an injection during Phase 3 testing for the Janssen Pharmaceutical-Johnson & Johnson vaccine in the U.S., September 2020. (Johnson & Johnson / AP)
by German Press Agency - DPA Oct 13, 2020 10:49 am

Johnson & Johnson said Monday it had temporarily stopped dosing in its COVID-19 vaccine trial after one of the participants developed an "unexplained illness."

The U.S.-based pharmaceuticals giant is one of many companies that are racing to produce the world's first COVID-19 vaccine.

It is currently in Phase 3 of a three-phase process of clinical development, during which the vaccine is given to thousands of people and tested for efficacy and safety. Other participants are given a placebo.

Johnson & Johnson said last month it was enrolling 60,000 people on three continents to take part in the Phase 3 study.

In a statement on Monday, Johnson & Johnson said illnesses, "even those that are serious," were an "expected part of any clinical study" and that the number "can reasonably be expected to increase in trials involving large numbers of participants."

It also noted that there was a difference between a "study pause," instigated by the company, and a "regulatory hold" put in place by a regulatory health authority.

Johnson & Johnson had a "strong commitment to safety," it said, and the participant's illness was being reviewed by its own medics as well as those on an independent safety monitoring board.