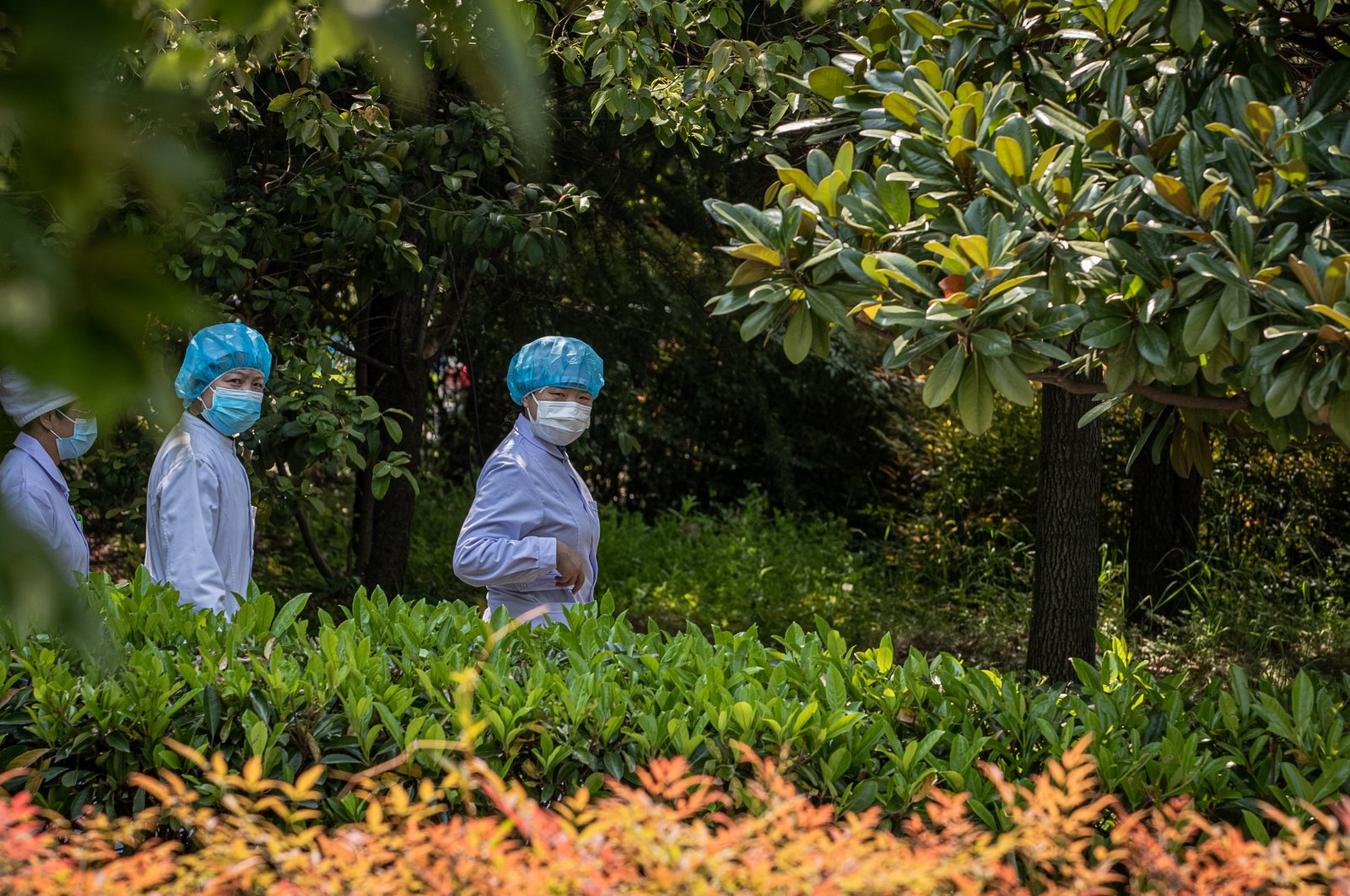 Chinese doctors at the primary hospital treating severe coronavirus patients in the city of Wuhan said they have been using the HIV drug Kaletra since January and believe it is beneficial, despite a previous study that it was ineffective.

They have been prescribing Kaletra, an off-patent version of lopinavir/ritonavir produced by AbbVie, as well as a second drug, bismuth potassium citrate, said Zhang Dingyu, the president of the Jinyintan Hospital in Wuhan, where the disease originated late last year.

"We believe taking this drug is beneficial," Zhang told reporters on Thursday in reference to Kaletra.

He said doctors at Jinyintan had started prescribing the drug to their patients on Jan. 6. It was one of the first hospitals to start treating infections after the coronavirus emerged in Wuhan in December.

At the height of the epidemic in the city, Jinyintan was treating close to 500 coronavirus patients, he said. It currently still has 123 under observation, he said.

A study published last month in the New England Journal of Medicine, based on a test in Chinese patients with severe COVID-19 at Jinyintan, said that Kaletra, also known as Aluvia, was not effective as a potential treatment.

Last month, Israel approved the licensing of a generic version of Kaletra to treat patients infected with the coronavirus.

Zhang said the data set used by the study published in the New England Journal of Medicine had included patients who had not taken the drug before passing away, and others whose doctors had decided against prescribing it.

"You have to look at the supplementary material," he said.

He said three medical workers had started taking Kaletra two to three days after symptoms of the virus surfaced. "Toward the end of taking the drug, the changes their lungs experienced were really great," Zhang said.

Doctors in Shanghai also prescribed Kaletra, in combination with the flu drug arbidol and traditional Chinese medicine, and said some patients showed positive improvements, according to a study published by the BioScience Trends journal in February.

Kaletra was also associated with positive therapeutic outcomes in the treatment of Severe Acute Respiratory Syndrome (SARS), according to previous studies.

"Drugs have some use"

The second drug used at Jinyintan Hospital, bismuth potassium citrate, had also been found in 2003 during the SARS outbreak to have some effect on coronaviruses at the cellular level, hence the decision to prescribe it with Kaletra, said Zhang.

The hospital prescribed bismuth potassium citrate to many of its staff after some of them were infected, and after that did not encounter any other cluster infections, Zhang said.

"The overall research is not over but everyone has a feeling – it is just a feeling – but it is that these drugs have some use," he said.

Plasma therapy using the blood of patients who had recovered from the virus was a third treatment doctors were particularly interested in, Zhang said, noting that one patient who had been on a ventilator had been able to remove the tubes and walk out of hospital soon after he had received it.

The fact that there are so many patients in the world now – nearly 1.5 million have been infected by COVID-19 – meant that this was definitely a potentially helpful option, Zhang said.

Over 20% of the infected are reported to have recovered, according to a Reuters tally.

In response to a question on whether the hospital had used malaria drugs hydroxychloroquine and chloroquine on its patients, which have been persistently promoted by U.S. President Donald Trump, Zhang said they had not used the former.

Some of its patients, however, had opted to take hydroxychloroquine themselves but reported mixed results, he said. Some said it helped but others said it was ineffective.

Some patients had used some chloroquine, which is included in China's National Commission's treatment guidelines, after hearing that it had some early-stage usefulness, but there were concerns about dosage levels.

And based on patients' reviews, there was no scientific conclusion for hydroxychloroquine's effectiveness, he said.