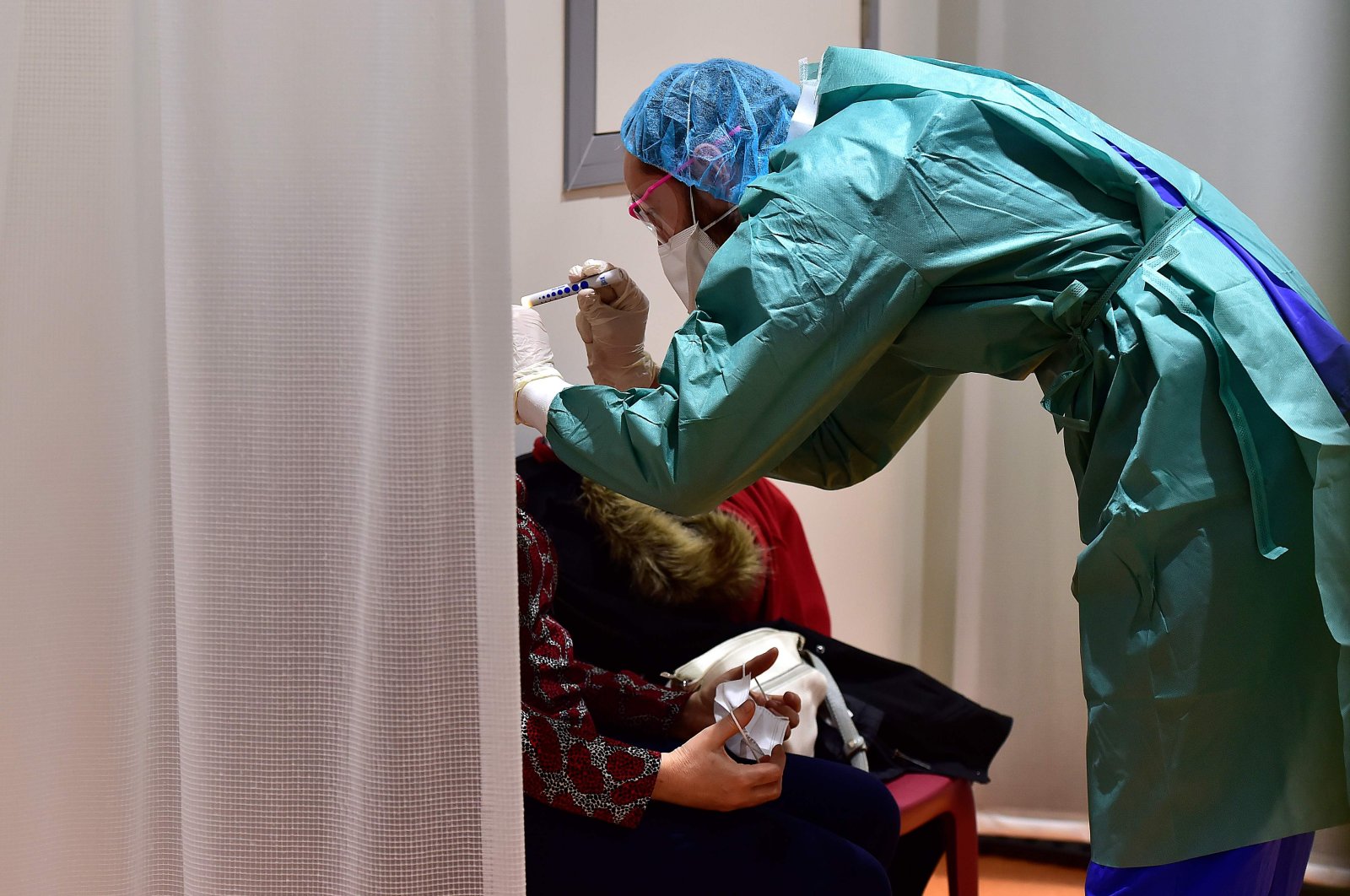 A doctor examines a patient at the hospital screening unit of the CHU Pellegrin in Bordeaux, southwestern France on March 9, 2020. (AFP Photo)
by Daily Sabah with Wires Mar 09, 2020 11:32 pm
RECOMMENDED

Patients with hypertension appear to have a higher risk of dying from the coronavirus, says a top Chinese intensive care doctor who has been treating critically ill patients since mid-January.

While no research has yet been published to back up the claims, Chinese doctors working in Wuhan, the central Chinese city where the virus first emerged, have observed that half of a group of 170 patients who died having succumbed to the virus in January appear to have suffered from hypertension.

“That’s a very high ratio,” said Du Bin, director of the intensive care unit at Peking Union Medical College Hospital. Du added that despite a lack of published findings, his team believes that hypertension could be an important factor in causing patients to deteriorate faster, accordingly “leading to a bad prognosis.”

As the outbreak picks up speed in Europe and the U.S., plunging countries like Italy into crisis, doctors are struggling to treat the highly-infectious pathogen that’s infected over 108,000 people globally in just three months. Although research in ongoing, a cure still remains out of reach.

Answers, however, may lie in studying the large pool of patients in China, where more than 15,000 remain hospitalized although new infections have slowed dramatically.

“We’ll keep an eye on old people and those with high blood pressure. They are the key focus,” said Du.

Besides the hypertension factor, Du further advised fellow health care workers to ramp up measures for patients facing respiratory distress early on, as these seem especially prone to organ failure.

Du cited the fact that respiratory therapists have been playing a vital role in treating patients critically ill with COVID-19, as they are more knowledgeable and can fine-tune ventilators to suit patient conditions.

Commenting on the likelihood of a cure, Du added: “When there’s a virus infection, we hope there’s a drug that can kill the virus and change the clinical outcome. But there’s no magic bullet.”

Instead, the doctor claimed that teamwork among specialists and nurses in intensive care units would be more crucial in keeping patients alive, adding: “An ICU doctor should work like a conductor in an orchestra to provide life-sustaining treatment while taking into consideration different specialist.”