Long-term COVID-19 effects can drag on, or sneak up and hit hard 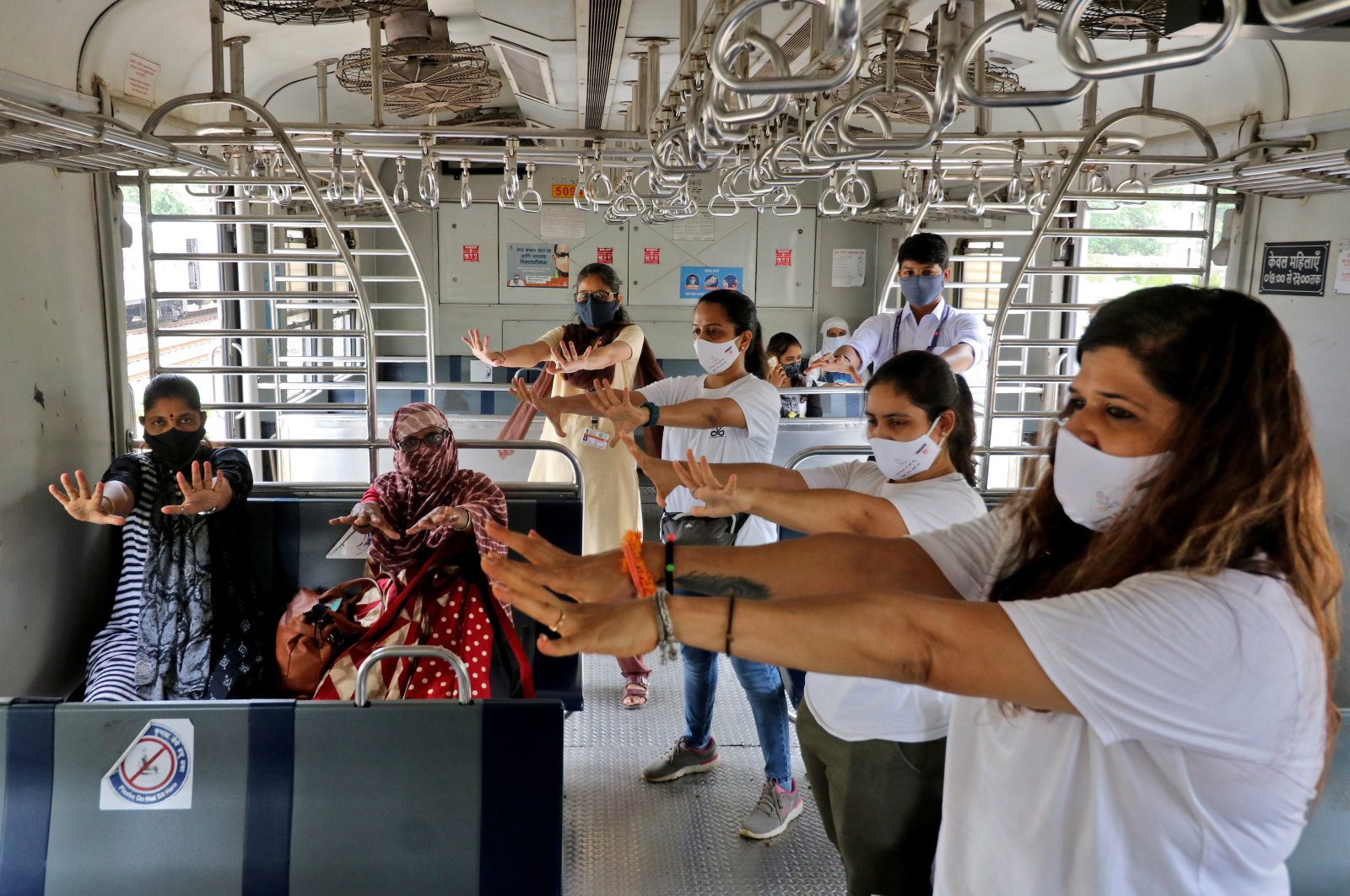 A 43-year-old hygiene specialist in a hospital near the German city of Ludwigshafen, Serr and her colleagues put in long hours beginning in early 2020 as the pandemic spread. Her team did mobile coronavirus testing in homes for the elderly, in nursery schools and in companies. During one of these innumerable assignments, in early December, her face mask tore and she inhaled unfiltered room air for a short while.

Serr is certain that then she became infected. Several days later the first symptoms appeared.

Diagnosed with COVID-19, she was hospitalized for 12 days and given supplemental oxygen. She says she suffered two circulatory collapses. "I was scared to death because I really had no more control," she recalls. "It was a horrible experience."

She was discharged two days before Christmas but wasn't healthy. She experienced shortness of breath when she climbed stairs and found it extremely difficult to concentrate. Neurological anomalies followed: She would have tingling in her arms that felt like ants were crawling over them, or she would suddenly drop a pen she was holding.

But the worst thing, Serr says, is the fatigue that comes out of nowhere, as though someone pulled a plug. "Only this feeling of fatigue isn't a positive one like the kind after a strenuous bike ride. It feels awful. All you want to do is plop down and not get up anymore."

Several weeks after her hospital stay, Serr's lung specialist advised her to undergo rehabilitation. In early February the doctor filed the necessary application, and in late April she was admitted to the Schoemberg Rehab Centre in the Black Forest, operated by the German Pension Insurance Association (DRV).

While there aren't yet generally accepted definitions, the following distinction can be useful: Post-COVID refers to the more or less immediate effects of a severe case of COVID-19. There's a wasting of skeletal muscle due to extended bed rest, and a healthy breathing pattern must be relearned. Damage to lungs, the heart, kidneys and the central nervous system are all possible, as are anxiety and stress disorders as a result of the fear of dying.

"These people need a rehab program that addresses the organ damage but that also provides psychological support and individually dosed muscle-building training, if necessary," says Dr. Volker Koellner, medical director and head of the Department of Psychosomatic Medicine at the DRV's Seehof Rehab Centre in Teltow, near Berlin.

Long COVID, on the other hand, can also affect people after the initial recovery from a mild case of COVID-19. For weeks and sometimes months afterwards, they feel healthy again, and then it hits. "The chronic fatigue and shortness of breath are what impact patients most," notes Koellner, who says they often receive a combination of behavioural and exercise therapy.

But the "long haulers," as they're sometimes called, have to come in for therapy first. "Many patients in this group are younger, and you can't see their symptoms at first glance," remarks German pulmonologist and long COVID expert Joerdis Frommhold in a video released in late April. "Their symptoms often aren't taken seriously. Long COVID symptoms still aren't really recognized."

Koellner disagrees. "In psychosomatic medicine we're accustomed to illnesses we can't pin down with X-rays or laboratory tests, but rather by how the patient feels," he says. In Koellner's view, a weekslong inability to work after recovering from an illness would be an indication for rehabilitation therapy.

There are no reliable statistics on the number of people suffering from the long-term effects of COVID-19. The World Health Organization (WHO) estimates that about one in 10 COVID-19 patients still experiences persistent ill health 12 weeks after testing positive with the virus.

Frommhold advises people who have recovered from COVID-19 not to drive themselves crazy with worry. If you have gotten over the illness and feel fine, that's all well and good, she says. But if months later – or even longer – you get symptoms such as severe fatigue, forgetfulness, massive hair loss, joint and muscle pain, a tendency towards an elevated heart rate, anxiety or depression that seriously impair your ability to function, then you should seek help.

Koellner says he's had a number of patients with long COVID, and several more with post-COVID conditions. All of them improved after rehabilitation, he reports. While conceding that treatment methods for these patients haven't been perfected yet, Koellner says they're generally effective and are being optimized as more is learned about the long-term effects of COVID-19.

Serr spent four weeks rehabbing at the clinic in the Black Forest. She had her e-bike with her and says on good days she was able to cycle 30 kilometers (18 miles) – with rest stops, to be sure, but still. Before her illness, she could cycle farther. She says she still has bad days when she can hardly make it up the stairs.

When she thinks of returning to work, Serr has mixed feelings of confidence and mild fear, the latter because of her fluctuating condition and sometimes sudden onset of total fatigue. She's scheduled to gradually resume her hospital duties at the end of June. Will it go well?

"I'm optimistic," she says. "The will is there, but I can't say yet whether my body is up to it."