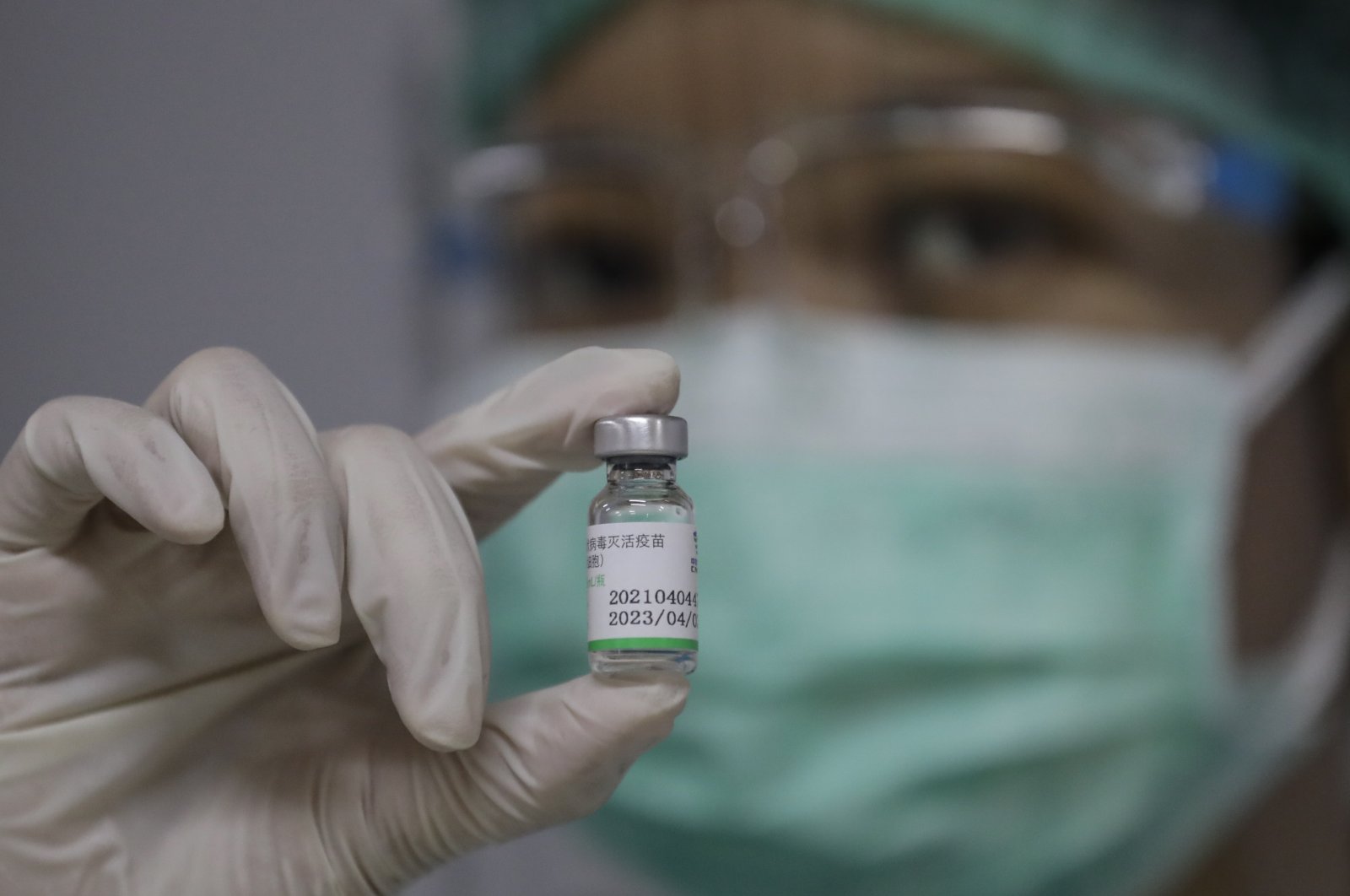 A health care worker shows a Sinopharm COVID-19 vaccine vial during the first day of a private vaccination drive for workers at Indah Kiat Pulp and Paper Company, part of Sinar Mas Group in Tangerang, outskirt of Jakarta, Indonesia, May 18, 2021. (EPA Photo)
by German Press Agency - DPA May 18, 2021 12:01 pm
RECOMMENDED

According to preliminary data, individuals who received different COVID-19 vaccines for their first and second doses experienced more symptoms than those who received both doses from the same manufacturer.

The Com-Cov study was launched in February to investigate alternating doses of the Oxford/AstraZeneca and Pfizer COVID-19 vaccines, with either being given as the first dose and the latter as the second. Researchers report that, when given at a four-week interval, both of the mixed schedules induced more frequent reactions following the second dose than the standard schedule of giving two of the same vaccine.

Reactions included symptoms like chills, fatigue, headaches and feeling feverish according to a peer-reviewed letter that has been published in The Lancet. However, any adverse reactions were short-lived and there were no other safety concerns, researchers found.

The study reports reactogenicity findings – how people feel after the vaccine – and not the immunogenicity findings, which look at how well the mixed dosing worked at inducing an immune response. Matthew Snape, associate professor in pediatrics and vaccinology at the University of Oxford and chief investigator on the trial, said, "While this is a secondary part of what we are trying to explore through these studies, it is important that we inform people about this data, especially as these mixed-doses schedules are being considered in several countries."

He then continued: "The results from this study suggest that mixed dose schedules could result in an increase in work absences the day after immunization, and this is important to consider when planning immunization of healthcare workers. Importantly, there are no safety concerns or signals, and this does not tell us if the immune response will be affected. We hope to report this data in the coming months ... In the meantime, we have adapted the ongoing study to assess whether early and regular use of paracetamol (acetaminophen) reduces the frequency of these reactions."

Professor Snape added that the number of symptoms did not vary too much depending on which vaccine was given first.

"They're very very similar actually when you look at them," he said. "It slightly differs according to whether it was chills or fatigue that you're looking at, but actually they were remarkably similar across the board." The researchers say that as the study data was recorded in participants aged 50 and above, there is a possibility such reactions may be more prevalent in younger age groups.