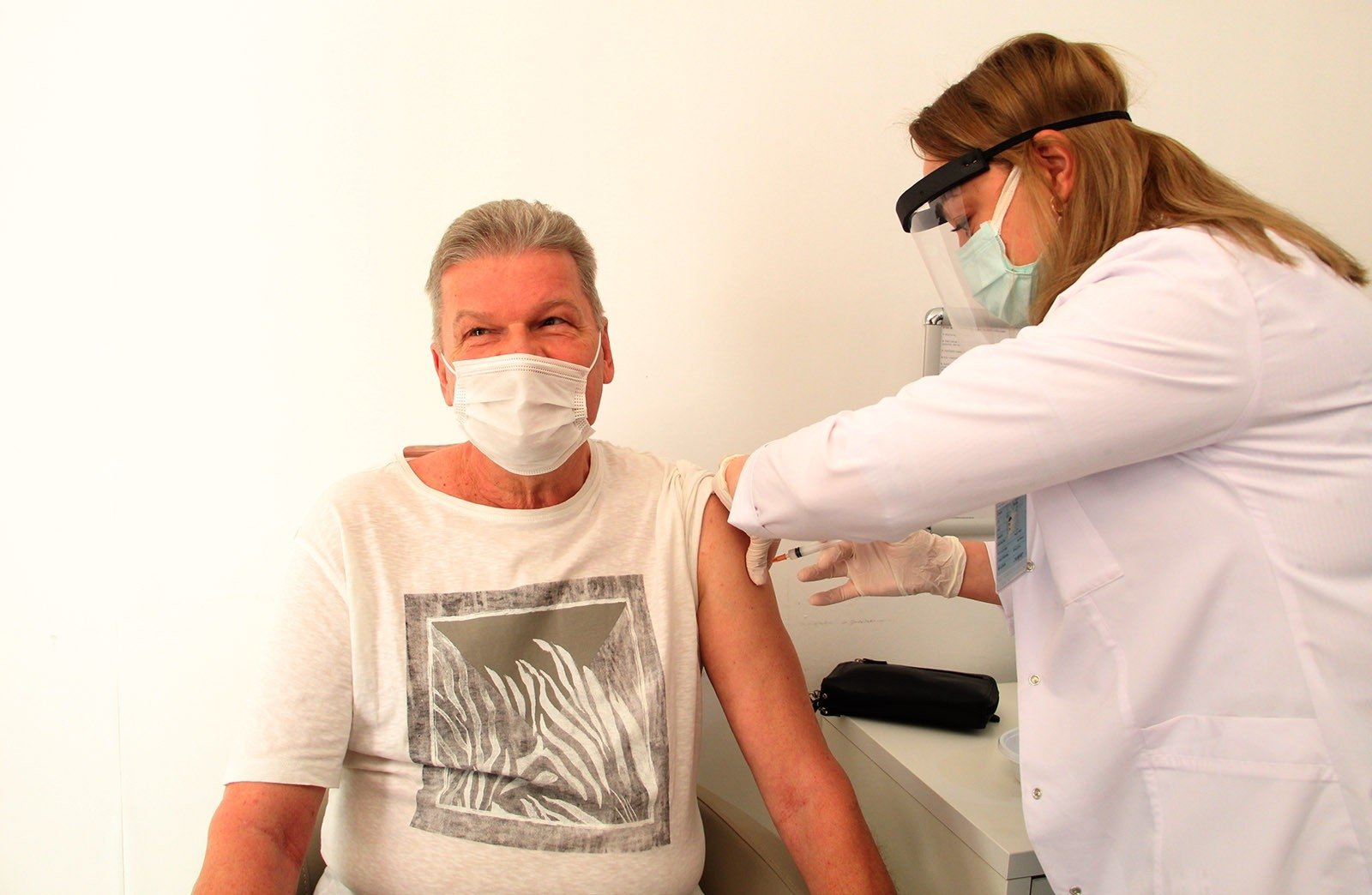 An official from Turkey’s top body overseeing the fight against COVID-19 said only 852 people who received two doses of the vaccine were infected and none died, though a few were hospitalized

A vaccination drive has been underway in Turkey against the coronavirus since January. As the public wondered about whether the vaccine would help in protecting them against the deadly disease, professor Mustafa Necmi Ilhan assured them of its efficacy. Ilhan, a member of the Health Ministry’s Coronavirus Scientific Advisory Board, said Friday that only 852 of the 1.3 million people who had received both doses of the vaccine were diagnosed with the virus. Fifty-three of them were hospitalized, while five among the hospitalized were in intensive care. Three out of five have already been discharged from the hospital, he said.

Ilhan said none of those hospitalized were intubated or lost their lives. “This means the vaccine truly works,” he told Demirören News Agency (DHA). “The vaccine’s primary role is preventing people from suffering from a severe form of COVID-19 anyway,” he added.

Turkey started the vaccination of the public on Jan. 14, with health care workers prioritized for jabs. So far, more than 10.7 million doses have been administered, including some 7.8 million people who were inoculated with first doses. Health authorities closely monitor those who were vaccinated, and further data is expected to be released on the health condition of the remaining 1.5 million people who received both doses of the vaccine. The country uses CoronaVac, an inactive vaccine developed by China’s Sinovac for mass inoculation, and two doses are administered with an interval of 28 days. After health care workers, a vaccination drive was launched for senior citizens and it was later expanded to public sector staff, including teachers. Younger people, that is, below 65, will have to wait for their turn.

Health Minister Fahrettin Koca announced Thursday that the plan is to vaccinate at least 50 million out of the country's more than 83 million by autumn.

“Turkey is among the fastest-acting in the race for vaccine supplies. In November, we made a 50 million-dose agreement with manufacturers in China,” Koca said during a live televised statement on the anniversary of the first COVID-19 case recorded in the country. "If we can vaccinate 50 million of our population before autumn as we plan, the pandemic will no longer be a heavy burden for us," Koca added. Koca said that COVID-19 would not become an ordinary disease like the flu; however, in 2021, he said it would cease to be the nightmare that it was in 2020. There have been 2.82 million recorded coronavirus cases in Turkey and more than 29,000 people have died, Health Ministry data shows. Koca also pointed out that progress was ongoing for a Turkish-developed vaccine. He said that Turkey would start human trials for five more local vaccine candidates and the country would use its own vaccines in the near future.

Ilhan said Turkey, though it has lost thousands of people, still fared “relatively” well in bringing the outbreak under control in one year. “If we have not taken sufficient measures and provided treatment, the number of fatalities would be much higher,” he said.

In the meantime, the country continues to grapple with new variants of the coronavirus. More than 40,000 people were diagnosed with variants that originated in other countries. These cases have spread to 76 out of 81 provinces of the country. The Health Ministry issued new instructions to local authorities in provinces to step up measures against the virus. The instructions include a call to raise awareness of the outbreak by using media, social media, opinion leaders and imams at mosques. Public buildings, from banks to shopping malls, will be ordered to hang signs showing the number of people allowed inside at once to ensure social distancing. The ministry also urged provincial authorities to implement a tracking system based on the ministry’s app in public buildings. The system, called Life Fits Into Home (HES), relies on generating a unique code for each citizen that enables relevant authorities to check whether he or she is infected, based on medical records. By requiring a HES code, businesses and public agencies can see if staff or customers are infected and deny access to crowded venues. The ministry also asked for more efforts to analyze the number of cases and possible cases in areas heavily populated with Syrian refugees, the largest refugee group in the country.

Speaking to reporters in Istanbul on Friday, President Recep Tayyip Erdoğan acknowledged that Turkey faced “problems” in during the outbreak “like the rest of the world.” “Fluctuating trends in variants challenge us while making new decisions. We will push for reopening of businesses as much as possible and stand ground but if we cannot succeed (in decreasing the number of cases), we have to prioritize public health,” he said, hinting at future restrictions after the normalization process which started on March 1.

The president also said that they planned to acquire 50 million more doses of vaccine from China. “We are considering having a second shipment of vaccines from China. Health Ministry also negotiate with Russia on vaccines. We also have a deal with Germany,” he said, referring to Sputnik V vaccine and a vaccine developed by Pfizer-BioNtech.