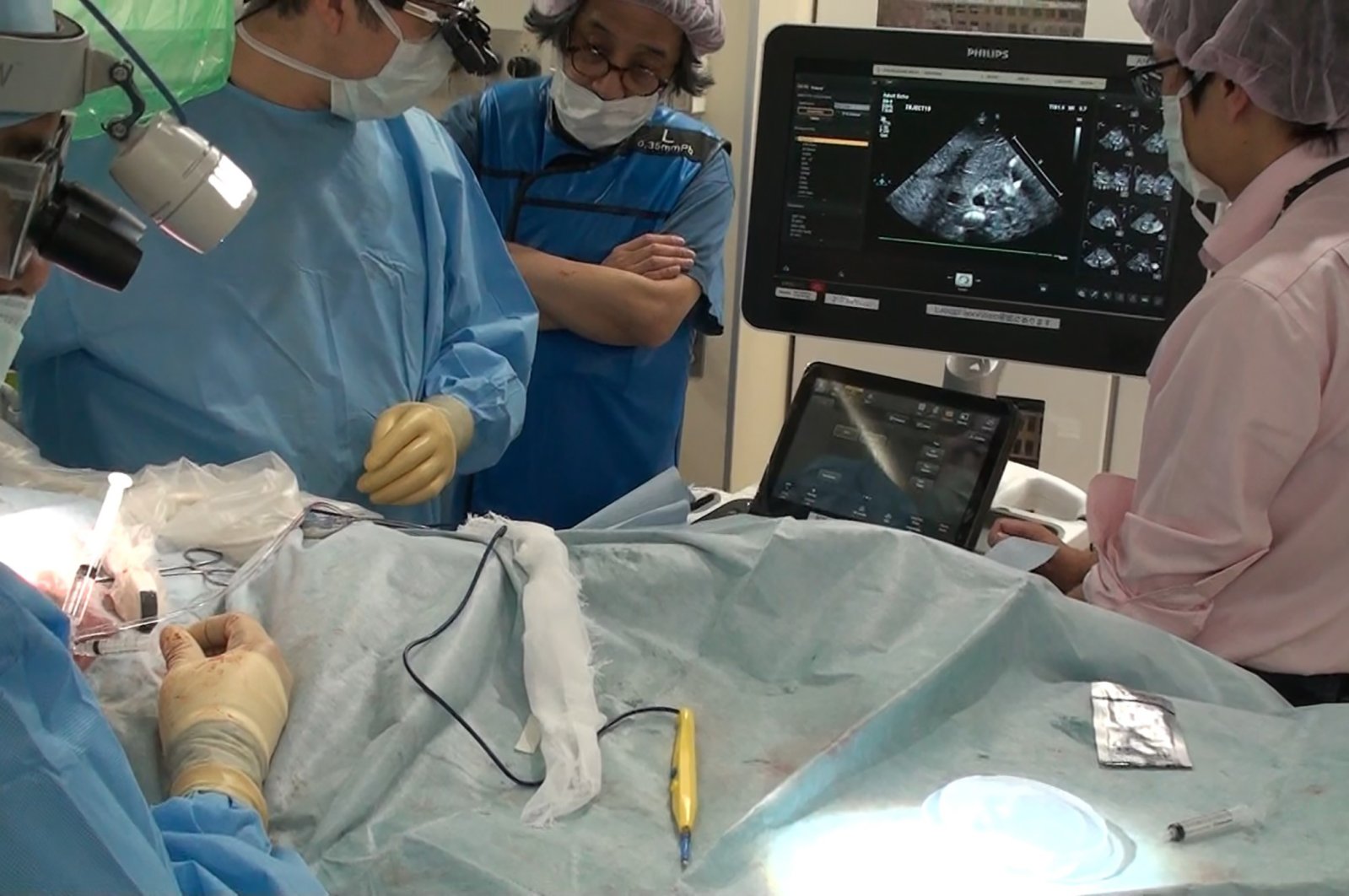 This handout photograph taken on October 21, 2019 and released by National Center for Child Health and Development in Japan on May 21, 2020 shows a medical team during a liver cells transplant operation in Tokyo. (AFP Photo)
by French Press Agency - AFP May 21, 2020 12:33 pm
RECOMMENDED

Doctors in Japan have successfully transplanted liver cells derived from embryonic stem cells to a newborn baby, in a world first that could provide new treatment options for infants.

The newborn was suffering from urea cycle disorder, where the liver is not capable of breaking down toxic ammonia.

But the 6-day-old was too small to undergo a liver transplant, generally not considered safe until a child weighs around 6 kilograms (13 pounds) at around 3 to 5 months old.

Doctors at the National Center for Child Health and Development decided to try a "bridge treatment" until the baby was big enough, injecting 190 million liver cells derived from embryonic stem cells (ES cells) into the blood vessels of the baby's liver.

Following the treatment, "the patient did not see an increase in blood ammonia concentration and was able to successfully complete the next treatment," namely a liver transplant, the institute said in a press release.

The baby, whose sex has not been disclosed, received a liver transplant from its father and was discharged from the hospital six months after birth.

"The success of this trial demonstrates safety in the world's first clinical trial using human ES cells for patients with liver disease," the institute said.

It noted that in Europe and the United States, liver cells are often available after being removed from brain-dead donors, but the supply in Japan is more limited.

That has created difficulties in managing the health of small children as they wait to grow big enough for liver transplants.

ES cells are harvested from fertilized eggs and using them in research has raised ethical issues because embryos are destroyed subsequently.

The national institute is one of two organizations in Japan allowed to establish ES cells to study new medical treatments.

It works with fertilized eggs whose use has been approved by both donors having already completed fertility treatment, according to the institute.