'No sign' of COVID-19 infections after Barcelona concert trial 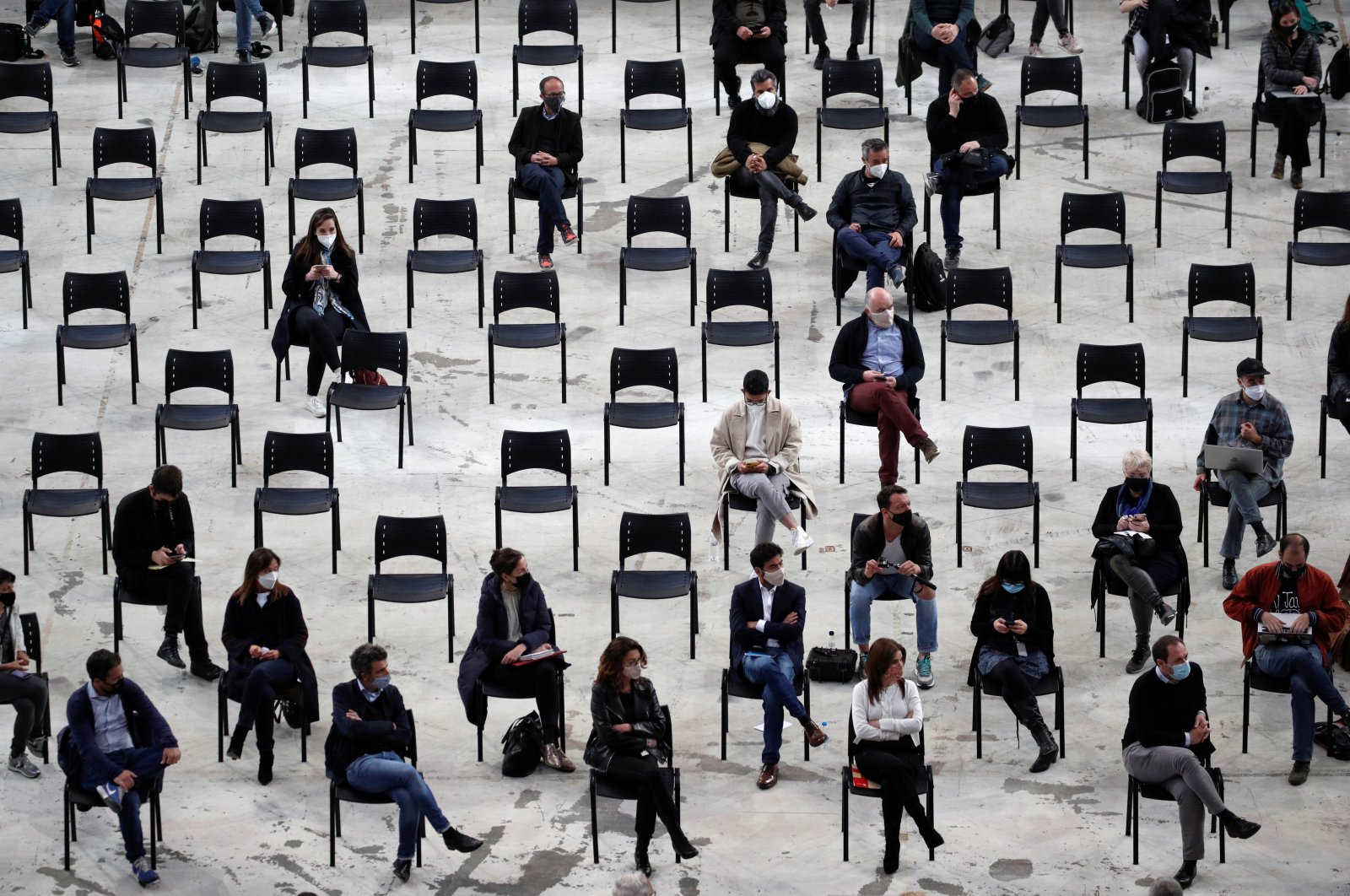 Members of the media attend a news conference held by the organizers of the concert of Spanish indie band Love of Lesbian celebrated in the same place on March 27, attended by 5,000 people who took rapid COVID-19 tests before the concert, in Barcelona, Spain, April 27, 2021. (Reuters Photo)
by French Press Agency - AFP Apr 27, 2021 3:39 pm
RECOMMENDED

There has been "no sign" of coronavirus infection among 5,000 unvaccinated people who took part in an indoor trial concert last month in Barcelona seeking pandemic-safe ways to celebrate mass events, organizers said Tuesday.

The participants underwent PCR tests two weeks after the March 27 event and "there is no sign that suggests transmission took place during the event," Josep Maria Llibre, a specialist in infectious diseases from the Germans Trias i Pujol hospital told a news conference.

Organized by the hospital and a group of Spanish music promoters, the concert in the Palau de Sant Jordi was billed as Europe's biggest indoor rock concert since the start of the pandemic.

It featured one of Spain's most popular bands, indie rockers Love of Lesbian.

Participants wore FPP2 surgical masks at the concert but there was no assigned seating or mandatory social distancing.

Capacity at bathrooms was limited to avoid crowding.

Ahead of the gig, everyone underwent mass screening and antigen tests and 15 days later only six people had tested positive for COVID-19.

"We are certain that in four of these six cases, the transmission did not take place during the concert," Llibre said.

"With optimized ventilation, antigen tests and the wearing of face masks, we can guarantee a safe space."

Boris Revollo, the virologist involved in the design of the health protocols at the concert, said he could not "categorically" rule out that the other two people were infected during the concert but there was a "very high probability" that they had not.

"The measures which we implemented were very safe," he added.

The Palau can welcome 17,000 people, but the 5,000 ticket holders were not allowed into its stands and instead were restricted to the dance floor.

The deputy mayor of Barcelona, Jaume Collboni, said the results of the study show "it is possible to relax" virus health restrictions and "restart cultural activities."

Trial concert or festival events have been held in several European countries, including in Germany and the Netherlands, as part of efforts to allow crowds to form again to see live music.

According to a study published by Spain's Music Federation, the European music industry lost 76% of its earnings in 2020.