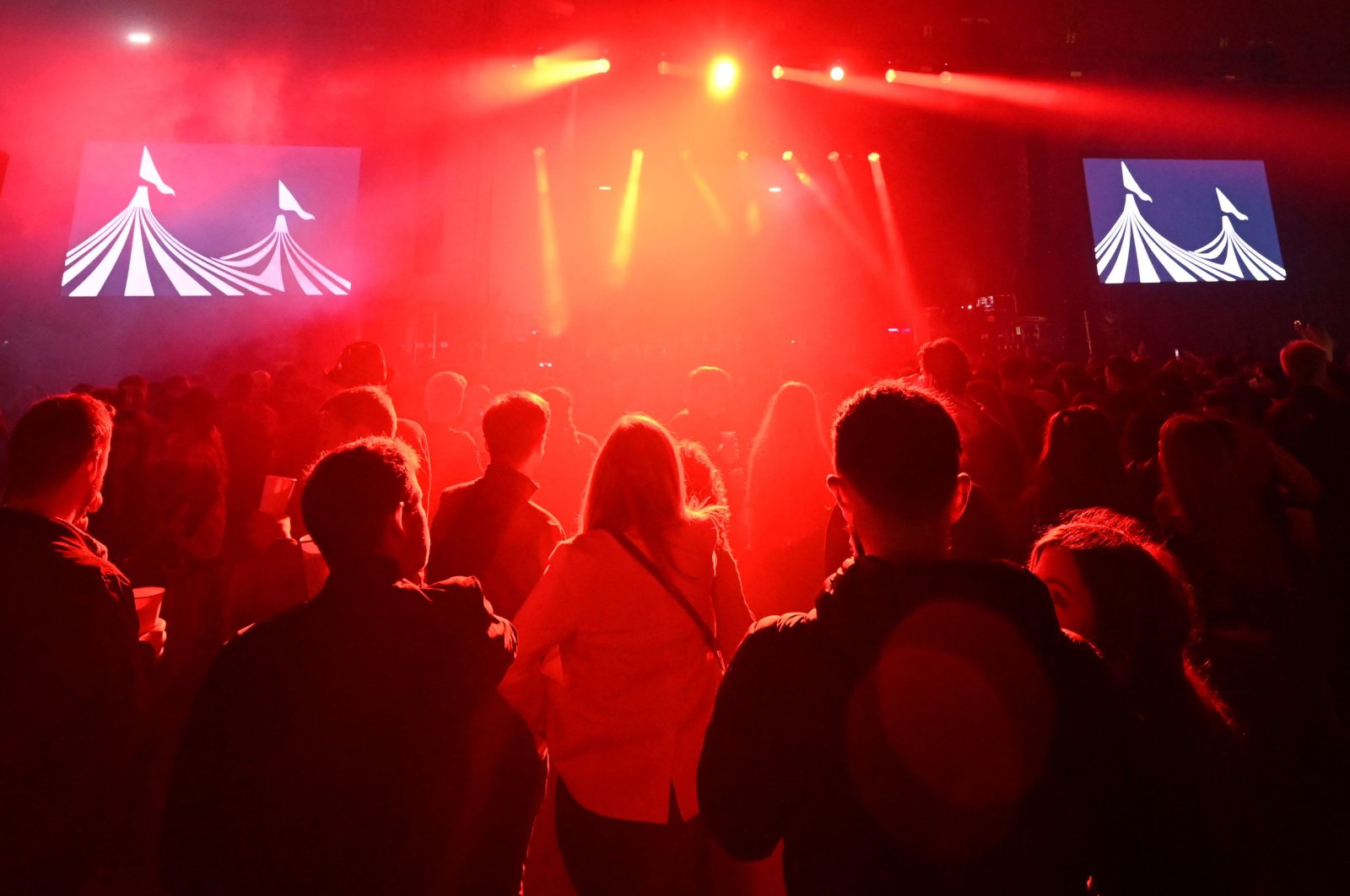 Concertgoers watch Zuzu during the government's Events Research Programme, a live music concert hosted by Festival Republic at Sefton Park in Liverpool, the U.K., May 2, 2021. (AFP Photo)
by Reuters May 03, 2021 5:57 pm
RECOMMENDED

The global COVID-19 pandemic has meant that music lovers have had to settle for on-screen performances rather than on-stage experiences for more than a year now, and people are anxious to return to normal. At the birthplace of The Beatles, in Britain's Liverpool, a one-off music festival was held to test whether that return was feasible sooner rather than later.

Around 5,000 people ditched face coverings and social distancing rules in the name of science and music. They attended the outdoor event having tested negative for COVID-19 and promised to get themselves tested again five days after the festival.

Their data will be used by the government's Events Research Programme to help understand the effect of crowds on the spread of the virus.

The event comes after there was "no sign" of coronavirus infection among 5,000 unvaccinated people who took part in an indoor trial concert last month in Barcelona.

However, the scientific side of the event was far from the minds of British revellers as they danced through the gates of Sefton Park.

"It just feels so good, so amazing – it's been too long," said 19-year-old student Meghan Butler.

Melvin Benn, managing director of Festival Republic, said he hoped his pilot project would play a key part in getting outdoor events back on the calendar this year.

"Once they get into the show they can party as though it's 2019," he said. "You can feel that the burden of the last 12 months, the last 15 months, has just been lifted a little."

Getting to headline the event was an honor said Blossoms lead singer Tom Ogden. "It's been 413 days since we were last on stage ... It's been a long time and we're delighted to be here."

Lasting less than six hours and with a 10 p.m. curfew, the festival was a far cry from the multi-day hedonism of bigger events like Glastonbury, but those attending said there was nowhere else they'd rather be.