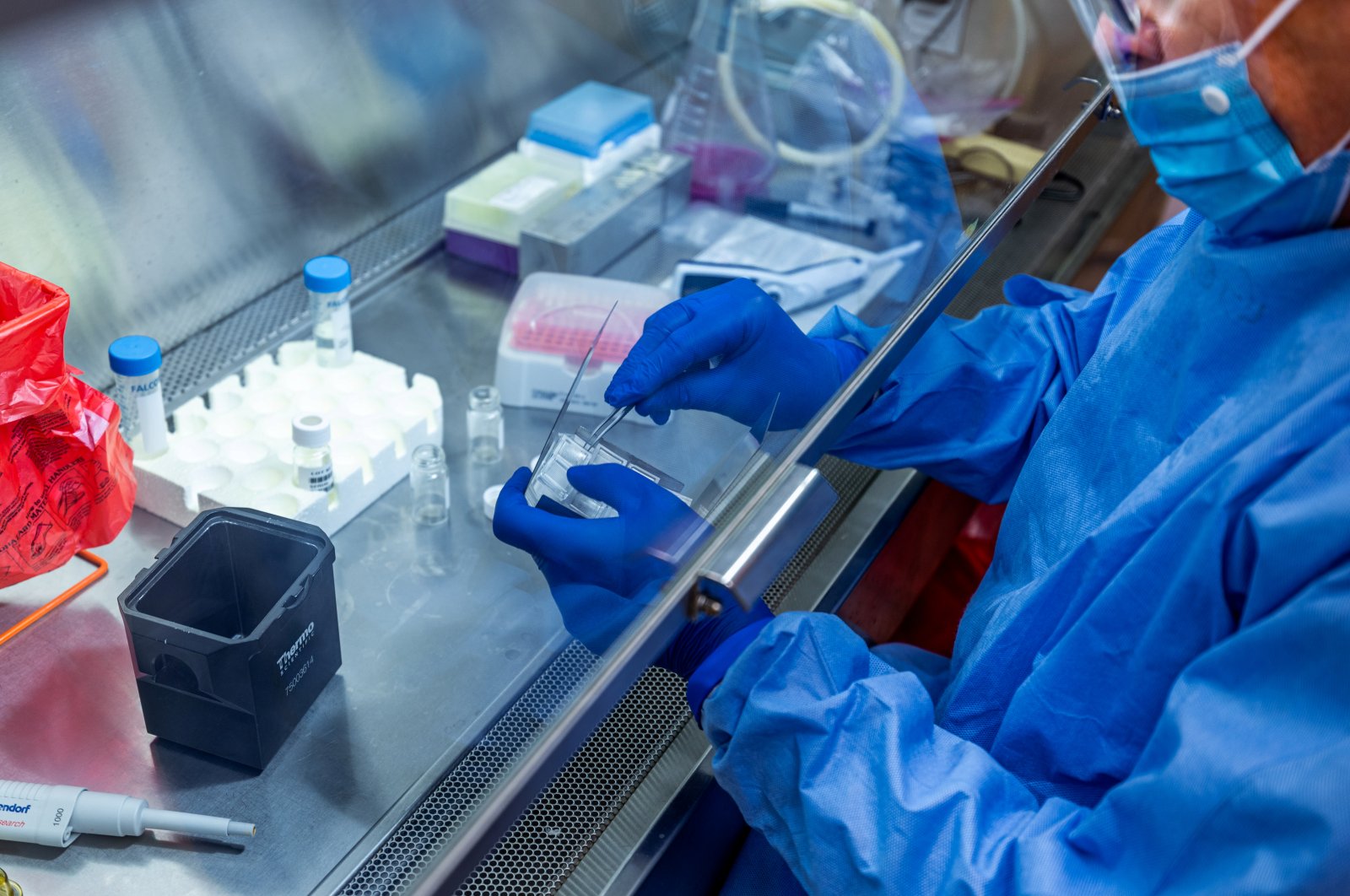 A researcher at the University of Pittsburgh works on a COVID-19 vaccine candidate, a fingertip-sized patch with dissolvable microscopic needles, in Pittsburgh, Pennsylvania, U.S., March 28, 2020. (Reuters Photo)
by daily sabah
Apr 04, 2020 3:29 pm

Clinical trials of a vaccine for the treatment of COVID-19 will be tested on 60 volunteers as of the end of June, Russia’s Deputy Prime Minister Tatyana Golikova has said.

Russian state news agency TASS quoted Vice PM Tatyana Golikova Wednesday as saying that pre-clinical trials for the COVID-19 vaccine developed at the Vector State Research Center of Virology and Biotechnology are expected to be finished before June 22.

“After that, the first phase of clinical trials to estimate the safety and immunogenicity of the vaccine will begin on a restricted number of people, about 60 volunteers,” Golikova said at a virtual government meeting with Russia's President Vladimir Putin.

In addition, eight drugs that are already in use are being studied to potentially fight the virus with final conclusions announced by April 10, she said.

More than 3 million residents are currently in quarantine in Russia, while the number of cases rose to 4,731 and the death toll reached 43.

To stem the spread of infections, Russia has imposed a series of lockdowns, including in Moscow and the second city of St. Petersburg, with more regions added every day.

Residents in areas on lock-down are allowed to leave only to buy groceries, walk pets and dispose of waste.