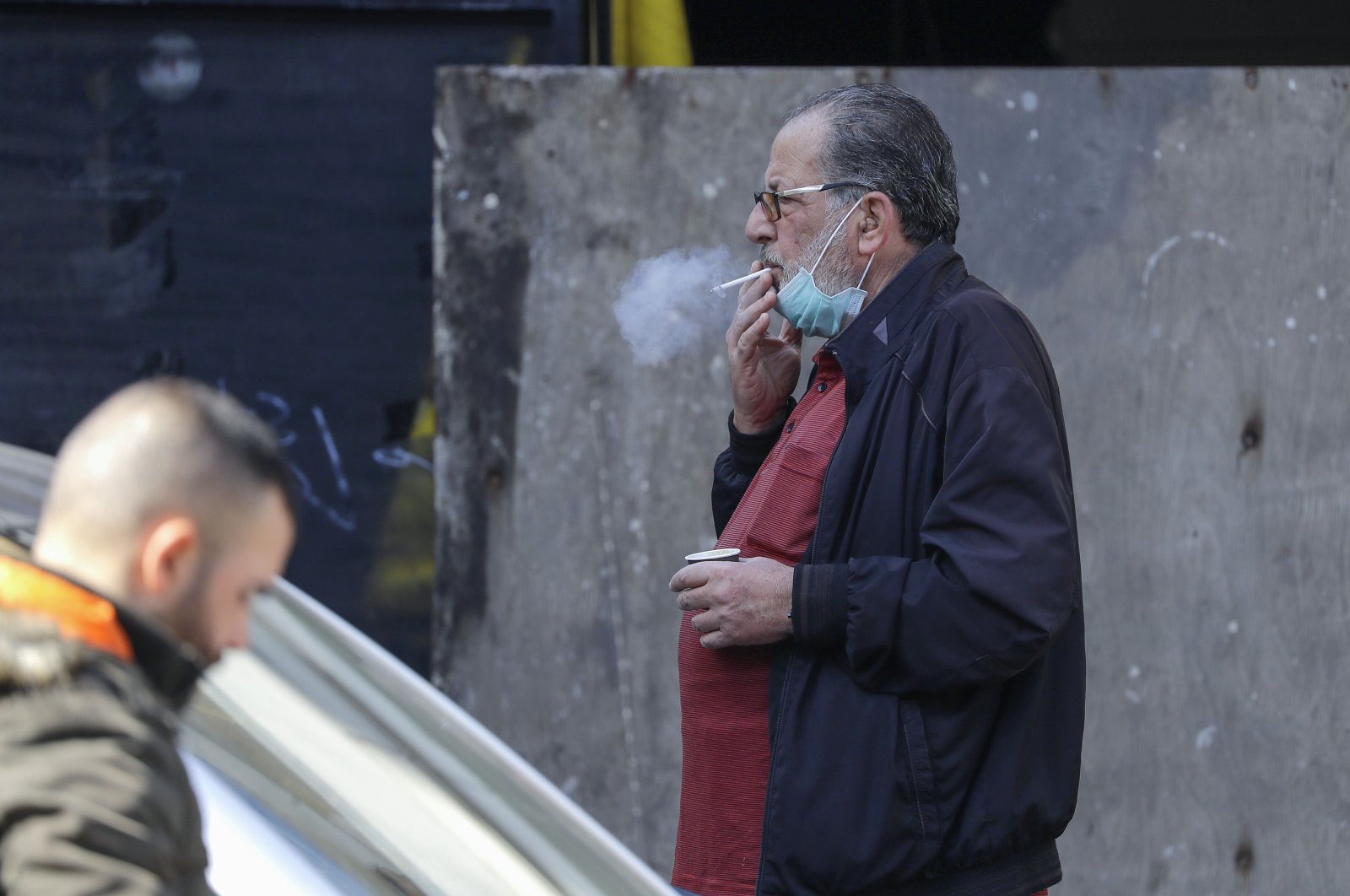 A Lebanese man has his surgical mask lowered to smoke a cigarette on a street of the capital Beirut, on March 2, 2020, amid a novel coronavirus outbreak.(AFP Photo)
by Daily Sabah with Reuters Mar 08, 2020 10:13 pm
RECOMMENDED

For those looking to protect themselves from the new coronavirus, ditching a smoking habit could give the immune system the boost it needs to fight COVID-19.

De Blasio also said people over the age of 50 and with heart disease, lung disease, cancer, immune system vulnerability or diabetes are at a higher risk of becoming infected with the virus.

The mayor's statements are backed by years of research into the effects of smoking on the immune system and respiratory health. Studies have shown that smoking cigarettes suppresses the defense capabilities of the immune system. Smoking may also increase vulnerability to respiratory diseases, according to the United States surgeon general.

The surgeon general’s 2014 report found “conclusive evidence that smoking is associated with an increased risk of respiratory viral infection."

The chief medical officer for England, Chris Whitty, was quoted by Metro news site as telling members of Parliament last week: "For most respiratory infections, you worry about people who smoke a bit more. They’re more likely to get it and their immune system is less good. If you are going to give up smoking, this is a very good moment to do it."

The World Health Organization (WHO) has suggested smoking may be a factor in the difference of coronavirus death rates between males and females in China.

“There is a marked difference between males and females in this outbreak in terms of severity, and there’s certainly a marked difference in (smoking) habits in China,” the executive director of WHO’s Health Emergencies Programme, Michael Ryan, told reporters on Feb. 14.

About 62% of Chinese men have smoked at some point in their lives, compared to just 3.4% of Chinese women, according to a national survey in 2010. Among the cases of the coronavirus in China, more men have died than women.

Quitting smoking could immediately improve your chances of staying healthy. Within 20 minutes of quitting smoking, the heart returns to normal resting rate, blood circulation improves and blood pressure begins to drop, according to the British National Health Service (NHS). Within 72 hours, healthy cells begin to replace damaged ones in the lungs, and the lungs regain full capacity.