Sniffer dogs can tell COVID-19 from 15 other pathogens: Study 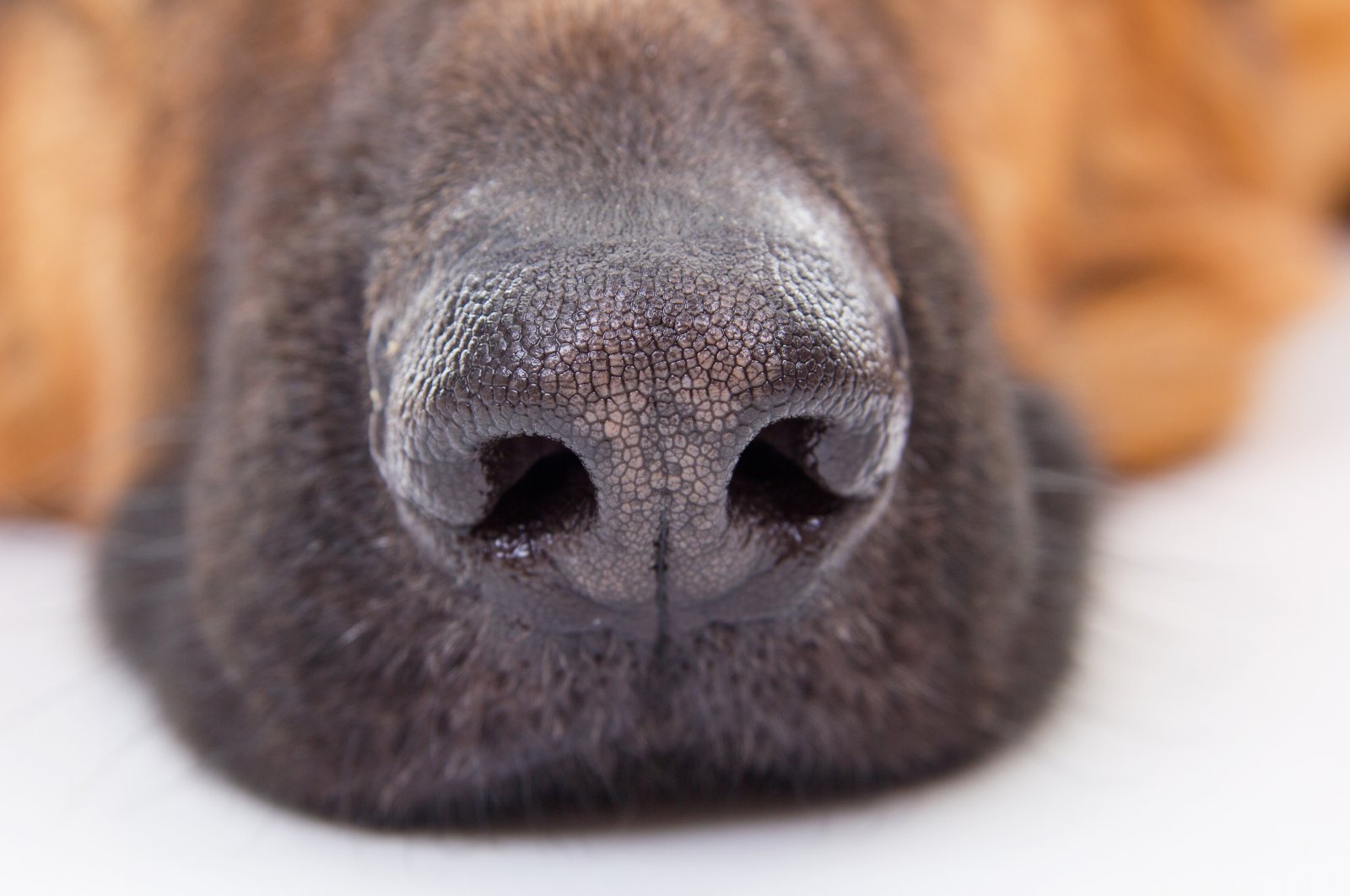 Dogs, with their extraordinary sense of smell, have been put to use in some public spaces such as airports during the pandemic to help reduce infections. (Shutterstock Photo)
by German Press Agency - DPA Nov 23, 2021 12:05 pm
RECOMMENDED

Sniffer dogs are able to distinguish the Sars-CoV-2 coronavirus from 15 other viral respiratory pathogens with high accuracy, according to a new study.

Research from an international team of researchers led by the German University of Veterinary Medicine Hannover (TiHo) shows for the first time that the substances the animals smell in people infected with the coronavirus are specific for Sars-CoV-2.

Dogs, with their extraordinary sense of smell, have been put to use in some public spaces such as airports during the pandemic to help reduce infections.

According to the study, published in the Frontiers in Medicine journal in November, the sniffer dogs do not smell the viruses themselves, but volatile organic compounds that are produced during metabolic processes after a virus infection.

For the study, the researchers used 12 sniffer dogs that were trained with inactivated saliva samples from COVID-19 patients.

"In all three test scenarios the mean specificities were above 90%, which indicates that dogs can distinguish SARS-CoV-2-infections from other viral infections," the researchers wrote in their study. Specificity refers to the detection of negative control samples.

However, the mean diagnostic sensitivity, which indicates how well positive samples are detected, had lower values in the three test scenarios compared to previous studies.

Dogs are increasingly being used in several areas of medical research for odor detection, as they have been found to effectively detect infectious and noninfectious diseases such as various cancers, malaria, bacterial and viral infections.

Coronavirus sniffer dogs are being deployed at Helsinki airport in Finland, where volunteers can be tested by eight trained sniffer dogs who sniff a piece of cloth wiped over the volunteer's skin.

Meanwhile, in France, a 2-year-old golden retriever called Pokaa has been trained to detect infections in a home for the elderly in Alsace, France. Here, the people press a cotton cloth under their armpits and place it in perforated metal boxes for Pokaa to sniff.