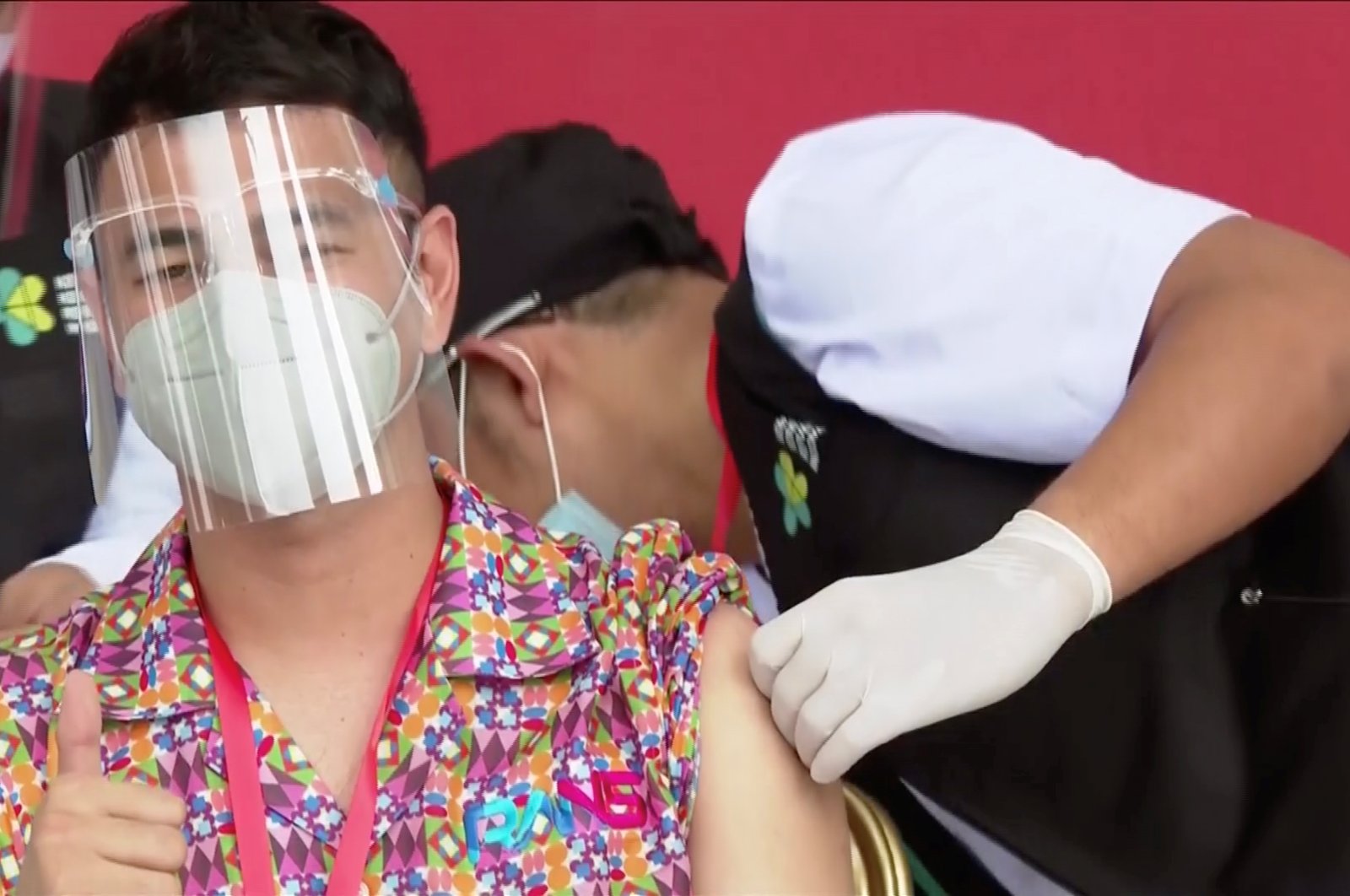 Deciding who should be first in line for limited vaccine doses has been a challenge around the world, with many countries prioritizing vulnerable health care workers and the elderly. Indonesia, on the other hand, has gone down an interesting route. Among the first in the queue for coronavirus vaccines in Indonesia has been one conspicuous group – social media influencers.

As the world's fourth most populous country, Indonesia kicked off its vaccination drive Wednesday, and alongside President Joko Widodo was Indonesian television personality, Raffi Ahmad, who boasts almost 50 million followers on Instagram.

"Alhamdulillah (Praise be to God) a vaccine ... Don’t be afraid of vaccines,” the 33-year-old celebrity wrote under a video of him receiving the shot, next to a heart emoji and another emoji of Indonesia's red and white flag.

A senior health ministry official, Siti Nadia Tarmizi, said the decision to include influencers alongside almost 1.5 million health care workers in the first round of inoculations was a deliberate government communications strategy.

Although Indonesia faces the most severe coronavirus outbreak in Southeast Asia – with more than 869,000 cases and 25,000 deaths – there has been skepticism around the safety and efficacy of vaccines, and whether it is halal (allowed under Islam), as Indonesia is the world's biggest Muslim-majority nation.

So, the decision has been made to calm the public and encourage them to get vaccinated. Indonesians are among the top global users of social media platforms such as Facebook, Twitter and Instagram.

The health ministry did not say how many influencers would be first in the vaccine line, but others due to receive a shot on Thursday included musicians Ariel, of the band Noah, and Risa Saraswati.

Ahyani Raksanagara, head of Bandung’s health agency, told Reuters the artists would "hopefully convey positive influence and messages” about the vaccines, and especially to young people.

A poll last month showed just 37% of Indonesians were willing to be vaccinated, while 40% would consider it, and 17% refused.

Some doctors have raised doubts over Indonesia's initial use of Chinese company Sinovac Biotech's CoronaVac vaccine – with studies from Brazil, Indonesia and Turkey showing efficacies ranging from 50%-91%.

However, in another possible boost for chances of acceptance, the country's top Islamic council has deemed the vaccine halal.

Meanwhile, the decision to include social media influencers on the priority list backfired somewhat when photos of Raffi showed him partying hours after he was given the injection – which does not confer immediate immunity.

The images of him unmasked and flouting social distancing protocols with a group of friends drew criticism on social media, with calls for him to set a better example.

"It also shows the government is inconsistent in prioritizing who gets the vaccine first,” said Irma Hidayana, co-founder of pandemic data initiative LaporCOVID-19. "They should’ve done it with another health worker, maybe, not an influencer."

Health ministry official Nadia noted that "when you’re vaccinated, you still have to abide by health protocols and not be careless in enforcing them."

Zubairi Djoerban of the Indonesian Medical Association said the strategy to hire influencers could only work if "influencers are briefed about vaccine and COVID-19 so they can be agents of change."

Police said they are investigating whether Raffi broke the law, while he has offered a public apology.