Trust in vaccines vital to end pandemic, WHO says 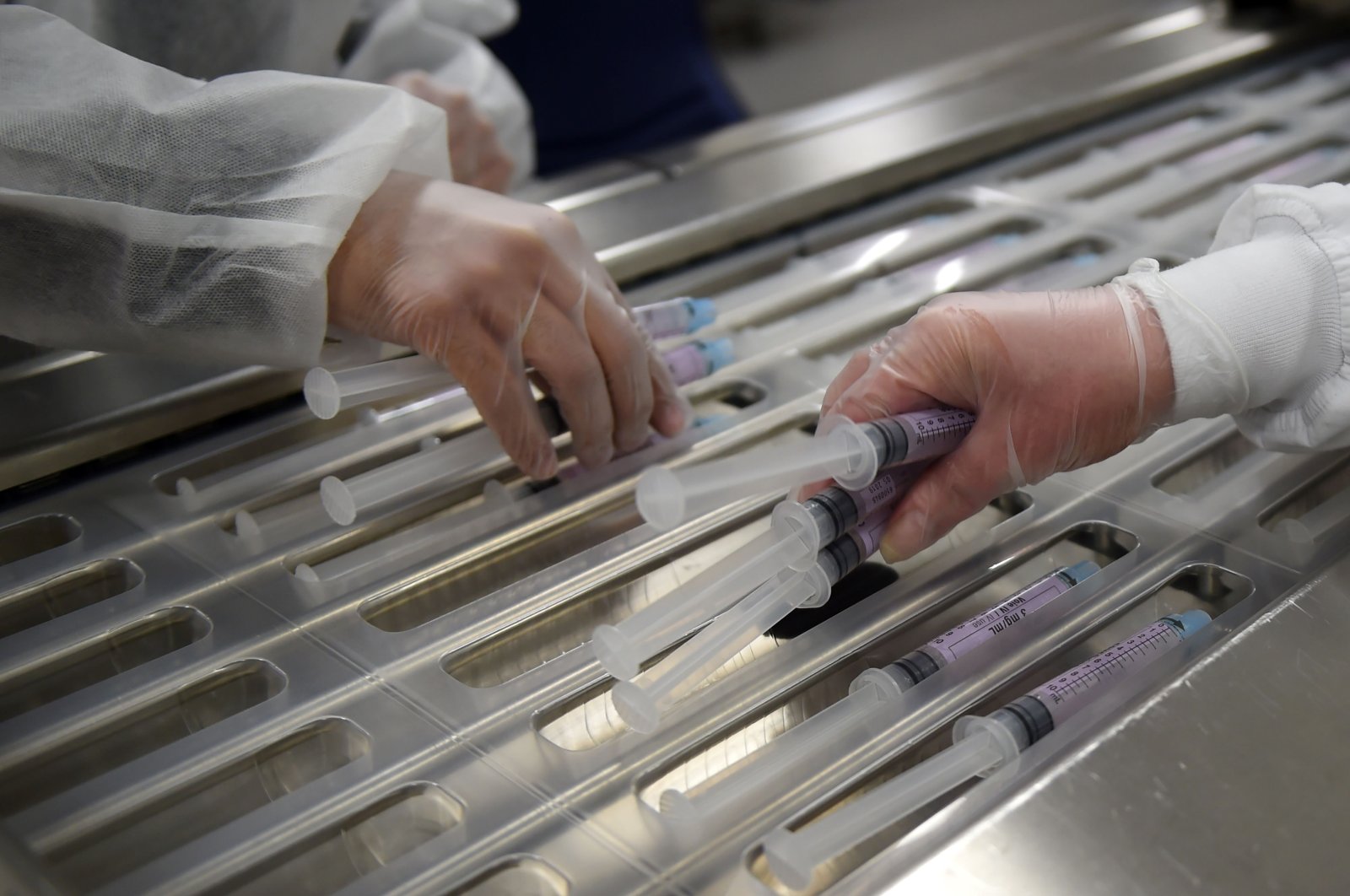 Employees check syringes on the production line of a new factory of pharmaceutical group Aguettant in Lyon, south-eastern France on May 4, 2016. (AFP Photo)
by French Press Agency - AFP
Nov 14, 2020 11:20 am

As the world celebrates advances in vaccines against the novel coronavirus, a top WHO expert warned in an interview with Agence France-Presse (AFP) that public distrust risked rendering even the most effective treatments useless against the pandemic.

"A vaccine that sits in a freezer or in a refrigerator or on a shelf and doesn't get used is doing nothing to help shorten this pandemic," said Kate O'Brien, director of the World Health Organization's immunization department.

O'Brien hailed the interim results as "extremely important," and voiced hope that preliminary data from a handful of other candidate vaccines in similarly advanced trials would come through soon.

If the complete data show that "one or more of these vaccines has very, very substantial efficacy, that is really good news for putting another tool in the toolbox" for fighting the pandemic, she said.

But with the pandemic continuing to surge after already claiming some 1.3 million lives, she voiced deep concern at growing signs of vaccine hesitancy, with misinformation and mistrust coloring people's acceptance of scientific advances.

"We are not going to be successful as a world in controlling the pandemic with the use of vaccines as one of the tools unless people are willing to get vaccinated," O'Brien said.

More needed to be done to boost public "confidence in the fact that the vaccines that WHO is involved in evaluating, we will not be compromising on safety or efficacy," she said.

O'Brien acknowledged that there were a number of outstanding questions about the Pfizer-BioNTech vaccine candidate and its peers, including how long protection against the virus would last.

And while the vaccine candidates are being tested for how effectively and safely they protect people from developing the disease, it remains unclear whether they actually avert asymptomatic infection and transmission of the virus.

A big question, she said, is: "does it change your likelihood of transmitting to anybody else?"

Despite the remaining questions, the WHO is betting on one or more vaccines winning approval soon, followed by a rapid scale-up of production and distribution.

Anticipating the huge demand for any approved vaccine, the U.N. health agency has helped create the so-called Covax facility to ensure equitable distribution.

But even with gargantuan efforts, it will take a while before there are enough doses for everyone and the WHO has set out guidelines for how to prioritize the distribution.

"The goal here is that every country should be able to immunize 20% of their population by the end of 2021," O'Brien said.

That, she said, would go a long way to providing protection to health care workers and the most vulnerable populations, as well as those essential to keeping societies running, like teachers.

After that, how quickly everyone else could access a vaccine would largely depend on which country they live in, and whether their government had made deals to access vaccines that obtain approval.

Meanwhile, the logistical challenges of getting approved vaccines out to billions who need it are daunting, from manufacturing to ensuring the transportation and storage at the extremely low temperatures some of the candidates require.

"A vaccine that is highly efficacious and is safe... still is only valuable for a public health impact if it actually gets to the people that it needs to protect and is used widely in populations," O'Brien said.

Developing a safe and effective vaccine "is like establishing base camp at Everest," she said.

"But actually getting to the impact of vaccines is (like) having to climb Everest."