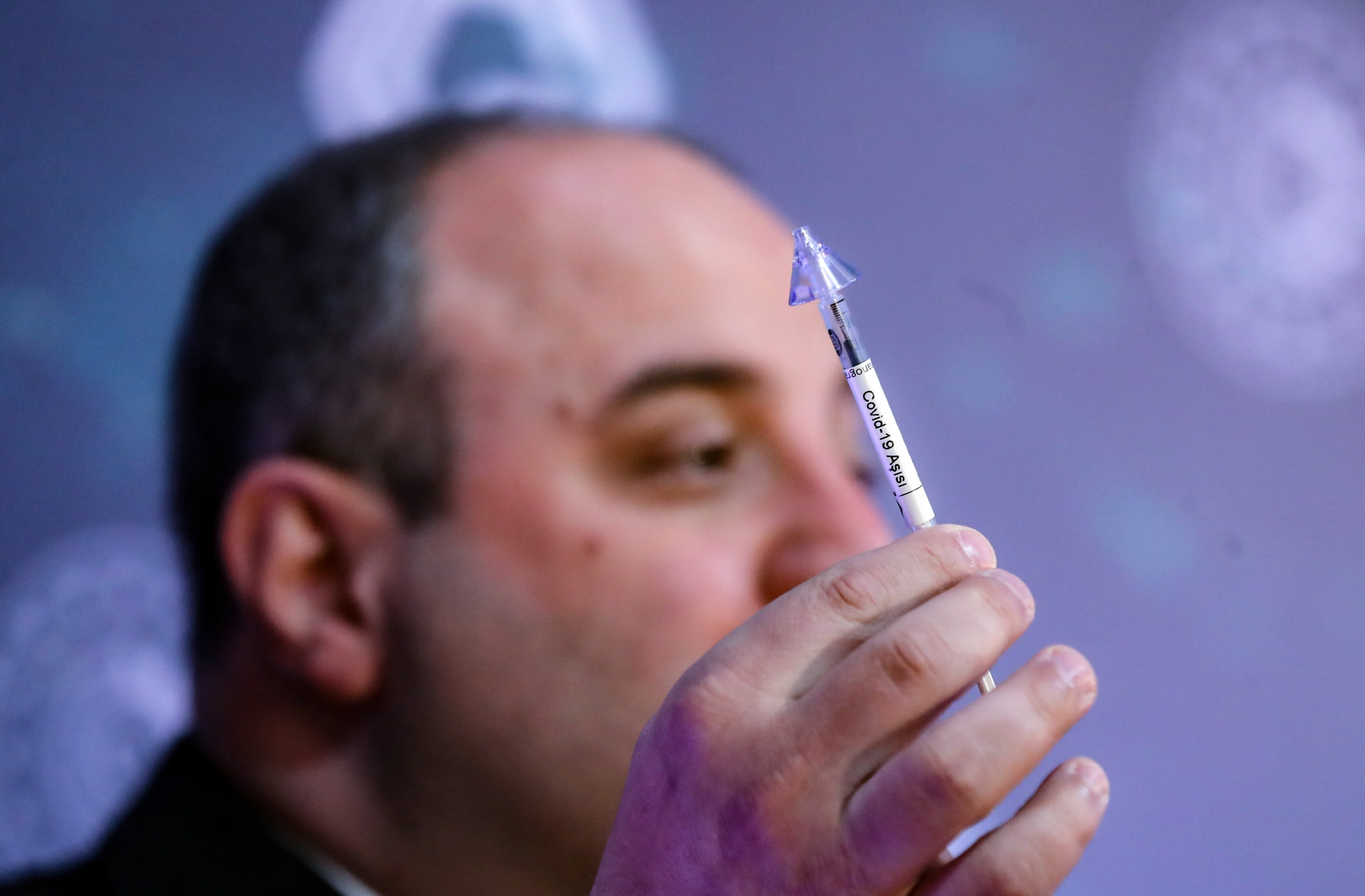 A nasal spray COVID-19 vaccine being developed in Turkey is effective against the rapidly-spreading disease's U.K. variant, personnel from the company making the drug said Friday citing independent clinical studies.

After a meeting of Turkey's Coronavirus Scientific Advisory Board last Tuesday, Health Minister Fahrettin Koca underlined the government's support for the development of intranasal vaccines against COVID-19.

"We aim to present the first nasal spray vaccine," Minister of Industry and Technology Mustafa Varank announced earlier this week while attending the inauguration of Nanografi's graphene mass-production plant. "Preclinical stages have been successfully completed throughout the year."

Yunus Emre Deli, an official from the nanotechnology firm Nanografi that is developing the vaccine, told Anadolu Agency (AA) that research started in February 2020 and that all laboratory tests of the candidate had been performed at international standards.

Deli underlined that the pre-clinical studies of the vaccine candidate had been completed, adding that, unlike its inactive and messenger RNA (mRNA) counterparts, their intranasal model was protein-based.

"The production of the first doses of the vaccine started at a GMP (Good Manufacturing Practices)-certified facility," he said, with Phase 1 trials expected to begin soon.

Deli said that although the intranasal vaccine candidate was being developed against the Wuhan strain of the coronavirus, it was found to be effective against the U.K. variant as well.

"While it's already effective on the new variants, it'll be possible to rapidly modify it as in the mRNA vaccine technology," he continued.

Highlighting that clinical trials are slated for completion later this year, Deli said, "It'll be possible to produce as many as 250 million doses of the intranasal vaccine (at) the current capacity."

This new vaccine should not be confused with the nasal spray that kills coronavirus in one minute, a solution called Genoxyn.

The Turkish development of several domestic drugs against COVID-19 is providing hope that the disease can be managed and eventually defeated.