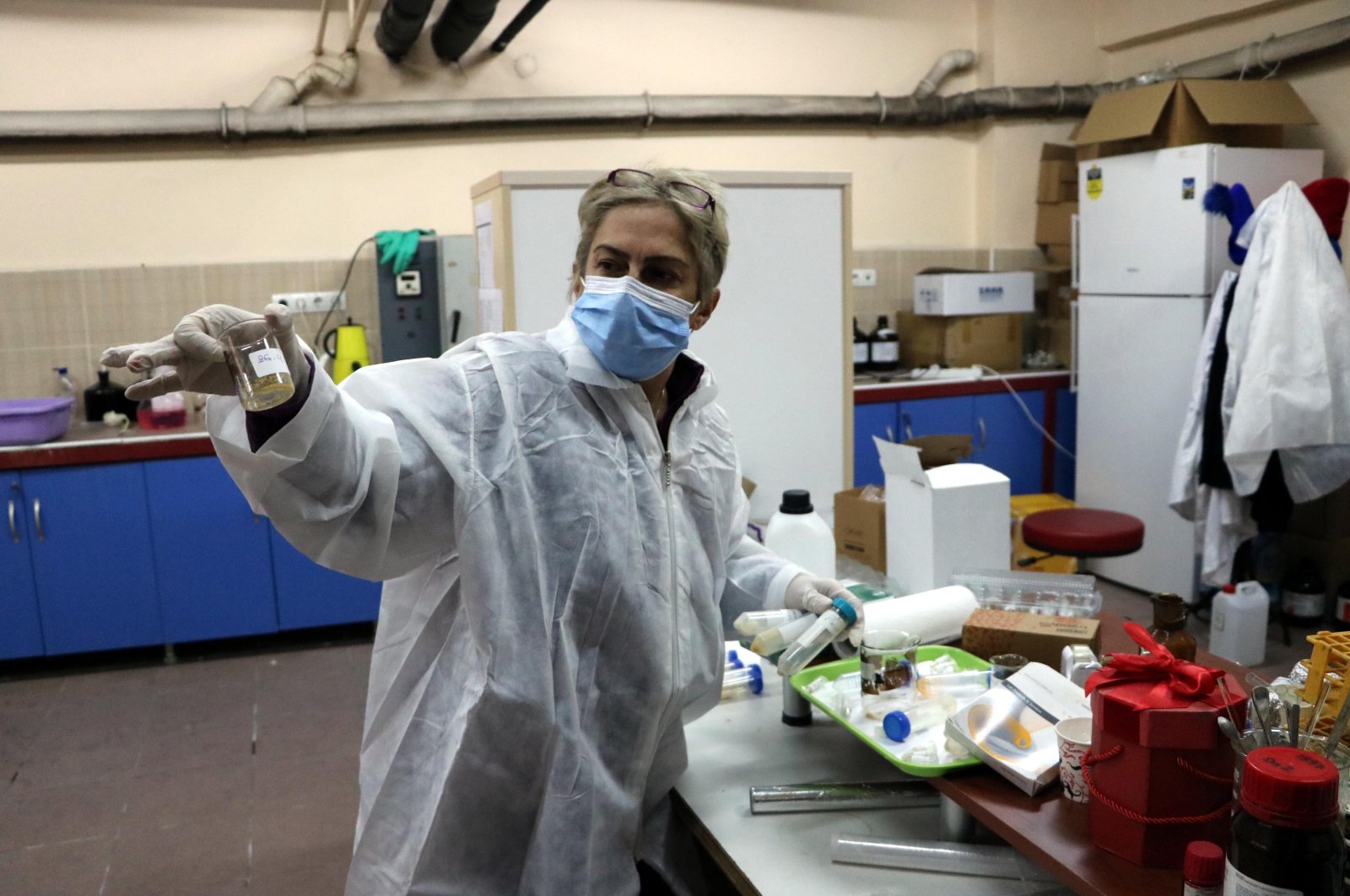 Associate professor Zuhal Gerçek, a chemistry expert at a Turkish university, managed to develop a new active substance that prevents the coronavirus from reproducing itself once it infects a patient

Joining a growing scientific community in Turkey seeking treatment or a vaccine for the coronavirus, associate professor Zuhal Gerçek of Bülent Ecevit University in the northern province of Zonguldak hopes to contribute to drug development. In a study assisted by academics from Namık Kemal, another Turkish university, Gerçek, who works in her university’s Department of Chemistry, developed an active substance that blocks the most serious impact of COVID-19: replication. “As soon as it gets a hold on our body, the virus starts multiplying itself. This substance helps to stop this. With a minimum level of virus in the body, it can be efficient to decrease the number and impact of symptoms,” she said.

The development of the substance is the result of a study on antiviral component synthesis and is based on components already available in drugs used in the coronavirus treatment. Lab experiments found that seven new components synthesized in the study stopped the virus from reproducing itself. “We examined the interaction of these components with COVID-19 ribonucleic acid (RNA) and Sars-Cov-2 RNA. Their connection to RNA was compared with available COVID-19 drugs. Our study proved that the components we synthesized are far more efficient than hydroxychloroquine,” she said, referring to an antimalarial drug that was once tapped for use against COVID-19.

Gerçek told Demirören News Agency (DHA) on Thursday that the substance also had a higher binding rate to N-ethylmaleimide-sensitive (NSF) proteins, both NSF 12 and NSF 15. “The resulting component has an easier production synthesis and this, in turn, allows a low cost for production but higher efficiency. We also have more derivatization options thanks to a method we developed,” she added.

When used in drugs, it will likely help patients to develop minimum to no symptoms, according to Gerçek. She said they now needed a further study with a larger group of researchers to improve the substance. “We established interaction of components with RNA and ran a simulation that demonstrated it was well connected to (the) enzyme,” she stated.

Since the coronavirus outbreak spread to Turkey in March 2020, scientists and companies are working on a string of projects, either sponsored by the state or by private means, to prevent more infections. Earlier this month, a group of scientists announced that they developed a local synthesis of favipiravir, a drug commonly used to treat COVID-19. Associate professor Mustafa Güzel, who is among the developers, said they have saved the country millions of dollars in imports with the project. Early studies have shown that the Japanese-developed flu drug favipiravir, also known under the brand name Avigan, has been shown to be effective in both reducing the duration of the coronavirus infection in patients and improving the condition of their lungs, its main point of attack. The synthesis has focused on improving a molecule for treating the coronavirus. On Thursday, an elevator manufacturer in the northern province of Tokat announced that it developed an elevator that can fully sanitize itself within 90 seconds. Using next-generation ultraviolet technology, the elevator ensures almost “100%” hygiene, company official Zafer Gülmez said. “It does not emit any scent, gas or chemicals and the system is activated when the elevator is empty,” he told DHA.

Elsewhere, six vaccine projects, supported by the Directorate of Turkish Health Institutes (TÜSEB) are underway, though they are not expected to be available to the public until later this year. The Directorate, associated with the Health Ministry, also plans to sponsor two more vaccine candidates. The Directorate’s chair Professor Erhan Akdoğan told Anadolu Agency (AA) on Tuesday that scientists at Erciyes, Hacettepe, Yıldız Teknik, Marmara, Atatürk and Akdeniz were working on the vaccines. The vaccine developed by Erciyes, is ahead of others in terms of development and is currently in Phase 2 trials.

Akdoğan said Erciyes University’s vaccine was an inactive vaccine, like CoronaVac, which was developed by China’s Sinovac and is currently the only available vaccine in Turkey. He said another possible vaccine standing out among the others, was in fact a “nasal spray” which is currently in the research and development process, ahead of human trials.