'Vaccines do not equal zero COVID': WHO warns virus crisis not over amid vaccine rollout 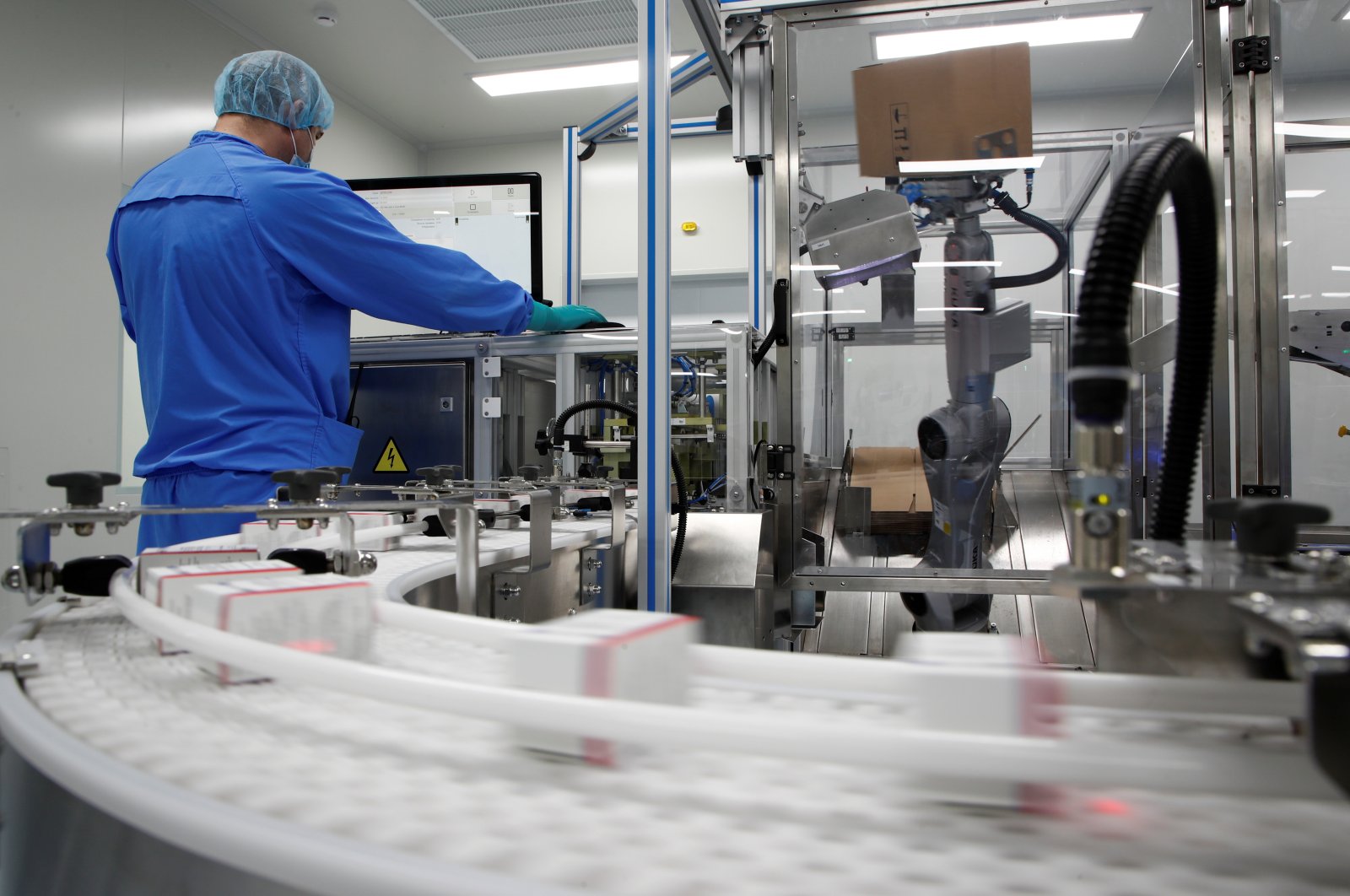 A specialist works during the production of Gam-COVID-Vac, also known as Sputnik-V, a vaccine against the coronavirus at a facility of BIOCAD biotechnology company in Saint Petersburg, Russia Dec. 4, 2020. (Reuters Photo)
by French Press Agency - AFP Dec 05, 2020 6:15 pm
RECOMMENDED

The World Health Organization (WHO) warned that vaccines were no magic bullet for the coronavirus crisis, as Russia started vaccinating its high-risk workers Saturday and other countries geared up for similar programs.

The WHO warned about what it said was an erroneous belief that the COVID-19 crisis is over with jabs on the horizon, nearly a year after the start of the pandemic that has killed 1.5 million people worldwide.

"Vaccines do not equal zero COVID," said WHO emergencies director Michael Ryan, adding that not everyone will be able to receive it early next year.

"Vaccination will add a major, major, powerful tool to the tool kit that we have. But by themselves, they will not do the job."

WHO Director-General Tedros Adhanom Ghebreyesus also cautioned against the "growing perception that the pandemic is over" with the virus still spreading fast, putting enormous pressure on hospitals and health care workers.

Health officials in Moscow said they had opened 70 coronavirus vaccine centers in the Russian capital that would initially offer jabs for health, education and social workers.

The WHO caution came as the United States clocked a record number of COVID-19 cases for the second day in a row Friday, with the country preparing for what U.S. President-elect Joe Biden has called a "dark winter."

America's Centers for Disease Control and Prevention (CDC) recommended "universal face mask use" indoors and Biden said he would scale down his January inauguration ceremony to mitigate the virus risk.

It comes as countries prepare for the approval and rollout of several vaccines that have proven effective in trials.

The WHO says 51 candidate vaccines are currently being tested on humans, with 13 reaching final-stage mass testing.

Britain on Wednesday became the first Western country to approve an inoculation, from a Pfizer-BioNTech, for general use, piling pressure on other countries to swiftly follow suit.

The United States is expected to give a green light later this month.

Belgium, France and Spain have said jabs will begin in January for the most vulnerable.

With the imminent arrival of vaccines that need storage at ultra-low temperatures, U.S. companies are preparing for a massive logistical effort to aid their distribution.

Firms specializing in insulating containers are on a war footing after Pfizer and BioNTech said their vaccine needs to be stored at minus 94 degrees Fahrenheit (minus 70 Celsius).

Meat processing giant Smithfield said it was ready to put the cold rooms at its abattoirs at the disposal of vaccine rollout operations.

And U.S. logistics giant UPS is producing 1,100 pounds (500 kilograms) of dry ice an hour in its depots and has developed portable freezers capable of storing the vaccines at temperatures down to minus 112 Fahrenheit.

Standing in the way of success are growing signs of vaccine skepticism, with misinformation and mistrust coloring public acceptance of inoculation.

In Russia, Levada polling agency recently found that only 36% of respondents were prepared to be vaccinated against the coronavirus.

Several high-profile figures have pledged to receive the vaccine in public in an effort to build confidence, including Biden, Tedros and the former U.S. presidents Barack Obama, George W. Bush and Bill Clinton.

The United States recorded 225,000 new infections on Friday – the second daily record in a row for the world's worst-hit nation.

Biden said the surging number of cases meant he would scale back his inauguration ceremony set for January.

"We're going to follow the science and the recommendations of the experts," Biden told reporters.

More than 65 million people have contracted COVID-19 globally with the death toll from the disease topping 1.5 million since it first emerged in the Chinese city of Wuhan late last year.

British medical chiefs said the arrival of a vaccine should see deaths reduce "significantly" by early next year but warned social mixing over Christmas could cause another spike before then.

"By spring the effects of vaccination will begin to be felt in reducing COVID admissions, attendances and deaths significantly but there are many weeks before we get to that stage," they said.

Italy is seeing a dramatic resurgence of infections after it largely tamped down an earlier outbreak by enforcing a strict lockdown, while Latin America and the Caribbean region has seen an 18% spike in cases in a week.

Other countries are also unveiling holiday restrictions, with Switzerland banning Christmas caroling in the streets and Madrid canceling most New Year events in the city center.