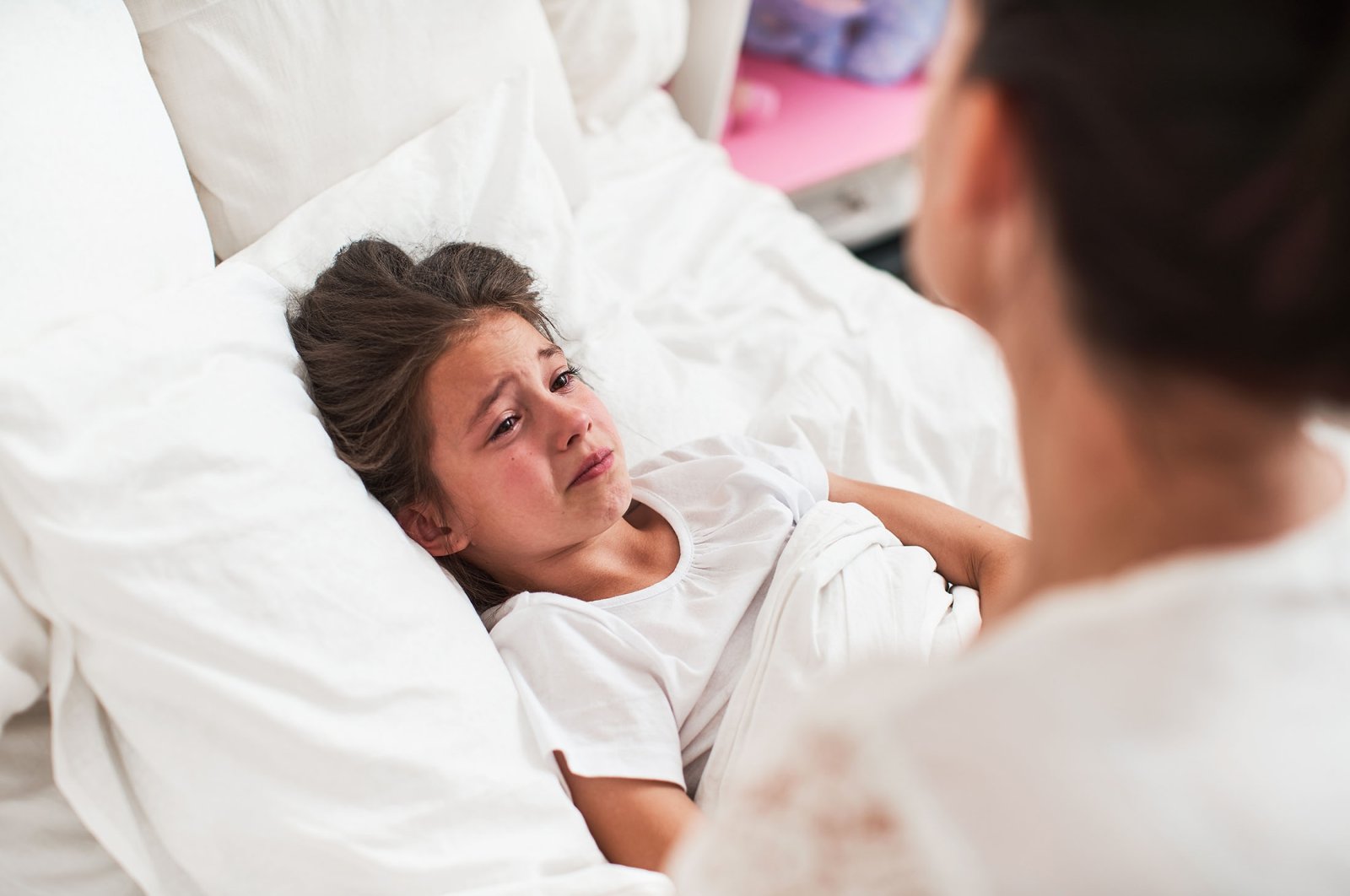 Anxiety, withdrawal and crying fits can be signs that children are overwhelmed with lockdowns and the pandemic. (Shutterstock Photo)
by Daily Sabah with DPA Mar 23, 2021 1:30 pm
RECOMMENDED

A year of virtual education with the absence of in-person social interaction due to the COVID-19 pandemic is taking a great psychological toll on children. And now parents are worried that their children may be exhibiting warning signs of mental health problems during lockdowns.

Pediatricians are saying that COVID-19-related restrictions on social contacts have seriously impacted children and adolescents worldwide, with deleterious effects on their psychological wellbeing.

A study conducted online in China with approximately 8,000 students aged 12-18 found that 43% of high school children exhibited depressive symptoms, 37% anxiety and 31% of both anxiety and depression. It also found a negative correlation between the presence of these symptoms and the level of awareness of COVID-19.

Similarly, increases in suicide attempts and ideation were observed in 2020 in the U.S., where a study, which drew on data from 12,827 youth aged 11-21, found that higher rates of suicide attempts in February, March, April and July 2020 compared to the same months in 2019.

Meanwhile in Germany, since the start of the pandemic a year ago, nearly one in three children have displayed psychological problems. The study conducted by the Hamburg-Eppendorf University Medical Centre found that they're mostly worries and fears but include depression symptoms and psychosomatic complaints such as headaches and abdominal pain.

In light of these findings, parents have good reason to ask themselves what is stressing their children most, and what they can do to help. First of all, they should ascertain whether the children are simply going through a difficult phase or something more serious is at work.

"There are a number of symptoms, such as restlessness, abdominal pain, fatigue and difficulty concentrating" that can indicate a child is under psychological stress, Dr. Mirriam Priess, a specialist in psychosomatic medicine, therapist and author, told Deutsche Presse Agentur (dpa).

A further warning sign is when children and adolescents compensate for their anxieties and troubles with escapist behavior. Depending on their age, it could be with increased smartphone use and computer gaming, or excessive consumption of sweets or alcohol.

Parents of troubled children may also experience more quarrels with them at first, before contact gradually diminishes as the children become increasingly withdrawn.

What can I do?

"To be aware of how your child is feeling, you've got to maintain a dialogue. This means more than just talking to each other, though," Priess says.

Conversations should revolve around questions like, "How are you doing? What do you need?" she advises, adding that both sides must feel they're being listened to and understood. Now more than ever, it's important that parents convey to their children they appreciate them the way they are, even if they think their offspring may not be doing enough for school as they should.

Children have had to forgo a lot: relationships, social contacts, hobbies, the structured environment provided by school. "This can be cushioned in the family with empathy, strenuous though it may be for all concerned," remarks Priess, emphasizing the importance of the atmosphere at home.

"It doesn't mean that relations always have to be harmonious, though. You have to accept it when someone says, 'I can't take any more today.' Maintaining dialog also means respecting boundaries."

If parents feel they're not getting through to their children with these strategies, or notice a worsening of the children's symptoms, they should turn to a pediatrician for help. Professional therapy is another option. An increasing number of Turkish youth have sought out therapy over the last year.

Priess says it's especially important that parents look out not only for their kids but for themselves as well, because "if you exhaust yourself, you'll have nothing left to give."

So they should always ask themselves whether the give-and-take is balanced, how they can satisfy their own essential needs in the limited circumstances and what would do them good now and lighten their load, if only for 10 minutes.

There's no telling how long the psychological effects of coronavirus restrictions will last, Priess says, and adds: "The past year has clearly left a mark on everyone. I've seen so many people go far beyond their limits, which I've never seen to such an extent before."