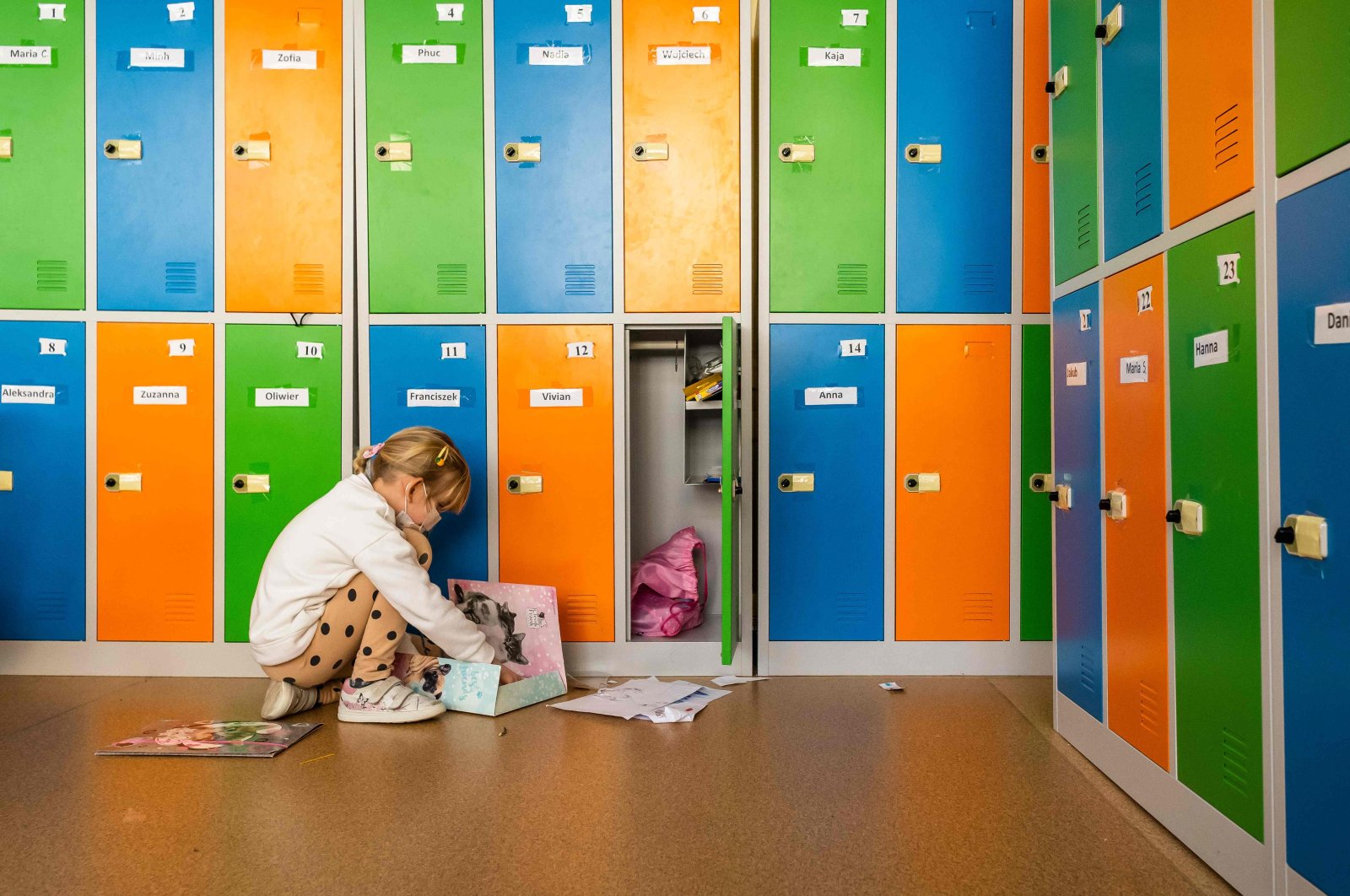 A first-grade child is seen in a classroom in primary school No. 25 on the first day after the Polish authorities allowed the youngest children to leave home education and return to school, amid the COVID-19 pandemic in Warsaw, Poland, Jan. 18, 2021. (AFP Photo)
by DAILY SABAH Feb 12, 2021 5:30 pm
RECOMMENDED

The new normal of social distancing and remote education has taken a heavy toll on children’s mental health and is now associated with an increase in suicidal behavior, experts say.

Even before the pandemic hit, a 2018 study reported that suicide was “the second leading injury intent among ages 10-19 years in 2016” in the United States, according to an article by CNN. Now, a year into the coronavirus pandemic, researchers are warning of increases in suicide attempts and ideation in 2020, documented in a prepublication, peer-reviewed article released by the journal Pediatrics.

“Months with significantly higher rates of suicide-related behaviors appear to correspond to times where COVID-related stressors and community responses were heightened, indicating that youth experienced elevated distress during these periods,” the report said, drawing on data from 12,827 U.S. youth aged 11-21 who completed a suicide risk screening after being admitted to the emergency room.

The U.S. National Suicide Prevention Lifeline (NSPL), meanwhile, reported a 4% year-on-year increase in call volume for the month of December, although not all pandemic-era months analyzed showed increases.

Lisa Furst, the chief program officer of Vibrant Emotional Health who runs the NSPL, said the new normal has significantly affected children and adolescents as they are a particularly peer-focused group under normal circumstances.

“The nature of the public health measures such as remote school and physical distancing may impact teens and youth very significantly because they feel so isolated from their peer group,” Furst explained in comments carried by CNN.

Contact with friends shows a significant impact in children’s emotional well-being, according to research findings published by Save the Children, and COVID-related restrictions have limited these social connections that are crucial for children.

Another U.K.-based study even found that being out of school and out of contact with peers during the pandemic has caused some children to forget basic competencies like math and fine motor skills.

There are, however, preventive measures that can be taken by parents and guardians.

Furst advises parents to help their children “to stay connected socially as much as possible in safe ways.” She recommends physical distancing while maintaining social and emotional connection, noting that “technology can be leveraged there.”

Parents should try to reduce access to harmful objects such as medication and sharp items by keeping them in a lockbox, suggested Dr. Julie Williamson, associate professor of anesthesiology and pediatrics at Emory University in Atlanta, Georgia.

“For adolescents, suicide is often extremely impulsive and not pre-planned, so even small barriers can keep catastrophes from happening,” she explained, according to CNN.

Likewise, Furst recommended getting rid of any guns in the house “for a while” during times of distress for the children.

Most importantly, parents should pay attention to their children, not just those who have shown worsening mental health signs, especially during the pandemic, both Furst and Williamson advised.

They suggested seeking a mental health provider’s assistance if a child becomes moody or withdrawn, or has major changes in appetite or sleep.

It is important to reassure children that it’s normal to be struggling at this time, and reassure them that it will pass, Williamson said.

“Check in with your children and let them know this is a historically hard time for everybody,” she said.

Though most children are not physically as affected by the COVID-19 disease itself, they are an extremely vulnerable group to the psychological and societal impacts of the pandemic. Particularly for children living in less-developed countries, the threats posed by the COVID-19 pandemic include dropping out of school, falling deeper into poverty and even forced conscription, international organizations have warned.