WHO chief starts self-quarantine after contact with COVID-19 patient 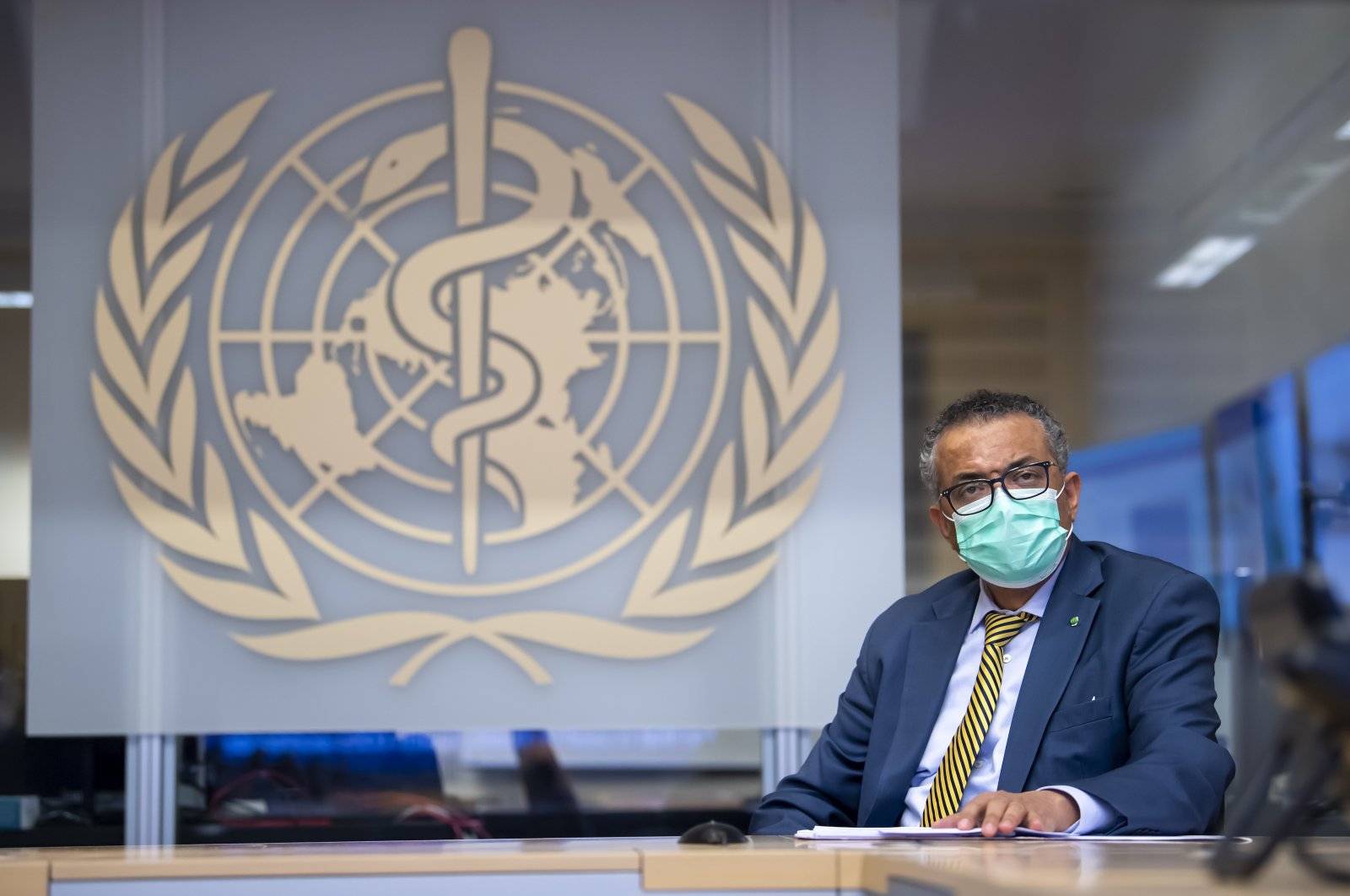 Tedros Adhanom Ghebreyesus, director-general of the World Health Organization (WHO), speaks during a visit of the Presidents of the Swiss Federal Chambers, at WHO headquarters in Geneva, Switzerland, Oct. 15, 2020. (EPA Photo)
by French Press Agency - AFP Nov 02, 2020 9:42 pm
RECOMMENDED

The World Health Organization (WHO) chief began the first day in quarantine Monday after coming in contact with someone with COVID-19, but does not need to be tested, for now, the organization said.

Tedros Adhanom Ghebreyesus announced late Sunday on Twitter that he would be self-quarantining for the next two weeks, after someone he had been in contact with tested positive for the deadly virus.

"I am well and without symptoms but will self-quarantine in the coming days, in line with WHO protocols," he told a virtual press briefing, speaking from his home.

"At this time, it is critically important that we all comply with health guidance," he said. "This is how we will break chains of transmission, suppress the virus, and protect health systems."

Speaking from Tedros' usual perch in the WHO headquarters in Geneva, emergency director Michael Ryan told reporters there was no requirement for the United Nations agency's leader to get tested unless he started feeling sick.

"His testing will depend on the arrival of symptoms or otherwise and he may be tested in the days to come," he said, stressing though that WHO's "current protocol doesn't require that he be tested."

"He is at home, in quarantine and as you can see very well, working away and continuing to do his job in supporting the world," Ryan said.

Ryan stressed that the WHO's internal procedures to reduce the risk of infection were good.

The agency, he said, has "in place strong and robust risk management mechanisms in order to reduce transmission within the building and to manage that transmission should it occur."

He said most staff were working from home, but for those who came in there were temperature checks upon arrival at the WHO headquarters, and they were required to submit a self-declaration of health status every day.

Strict mask requirements and limits on the number of people permitted in offices and meeting rooms were also in place.

But he acknowledged that "there is no environment right now in the world that is without risk."

WHO staff "live in the community, their children go to local schools, we shop, we pray," he said, pointing out "we are subject to the same risks that exist in those communities."

Maria Van Kerkhove, WHO's technical lead on the pandemic, went further, saying that "we haven't had any transmission take place on the premises. We have no clusters on the premises."

"But it is something we are monitoring every day," she said.