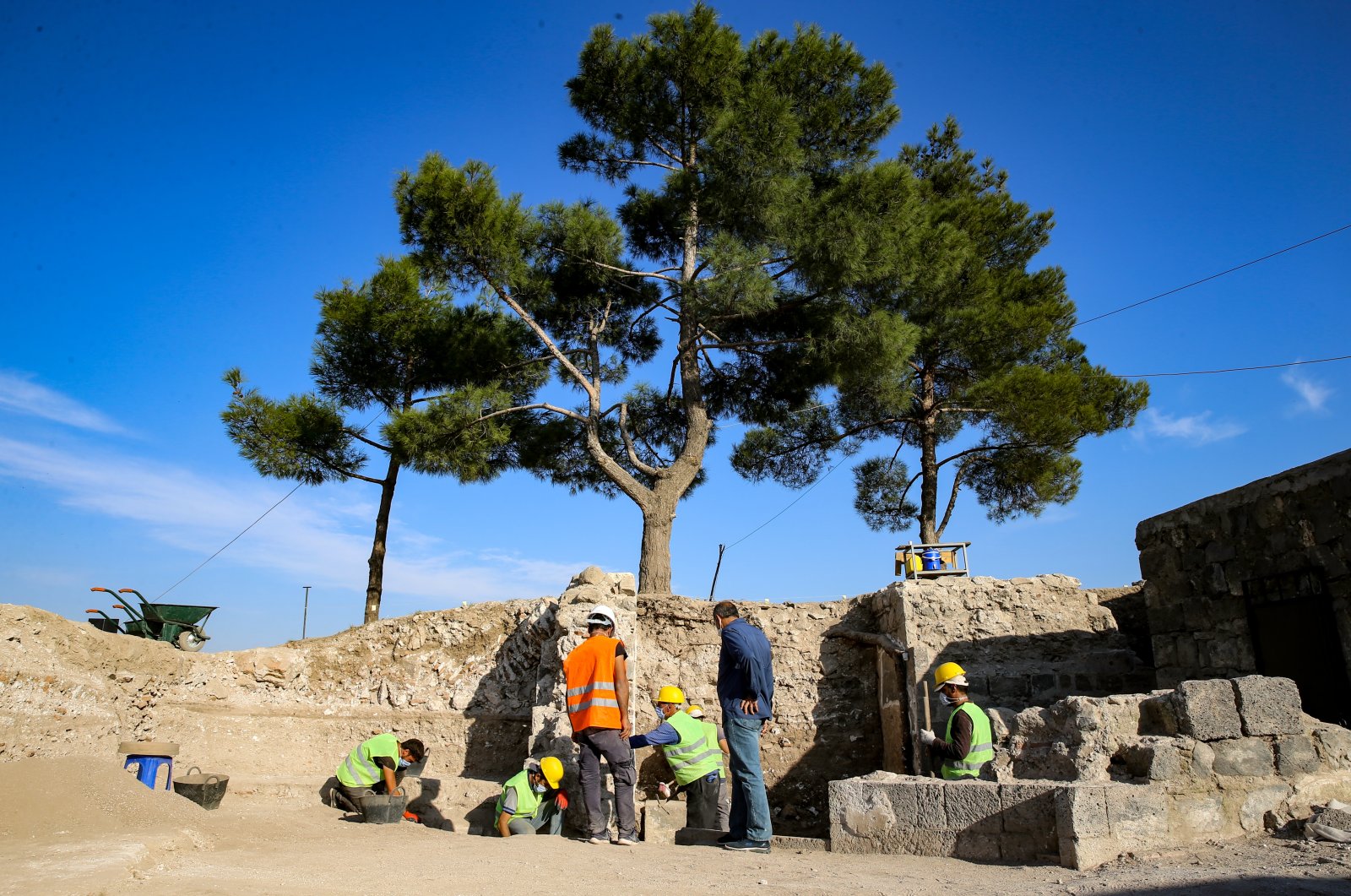 A Roman-era chamber tomb estimated to be 1,700 years old was unearthed in southeastern Turkey.

Excavations are ongoing at the Amida Mound in Diyarbakır province, which has been home to many civilizations, including the Hurrians of the Mitanni kingdom, the Urartians, the Persians, the Romans, the Umayyads, the Mervans, the Seljuks and the Artuqids.

The excavations are being spearheaded by Irfan Yıldız, a professor at Dicle University.

Speaking to Anadolu Agency, Yıldız said that the tomb chambers were built under the palace for the rulers to be buried in during the Pagan period of the Late Roman Empire, in the third century A.D.

So far eight tombs have been unearthed, he said.

Yıldız also stressed that water channels and a heating system believed to be 1,800 years old were found during the excavations.

He noted that one chamber tomb was found at a depth of 1.5 meters (4.9 feet) from Artuqid Palace and a meter below the Roman Palace.

He said that the chamber tomb with stone coffins is from the Roman period and is about 1,700 years old.

The rulers who served here were buried in the burial chamber under the palace.

The excavations are being supported by the Culture and Tourism Ministry, the Turkish Historical Society, the Diyarbakır Governorate and the Diyarbakır Metropolitan Municipality.