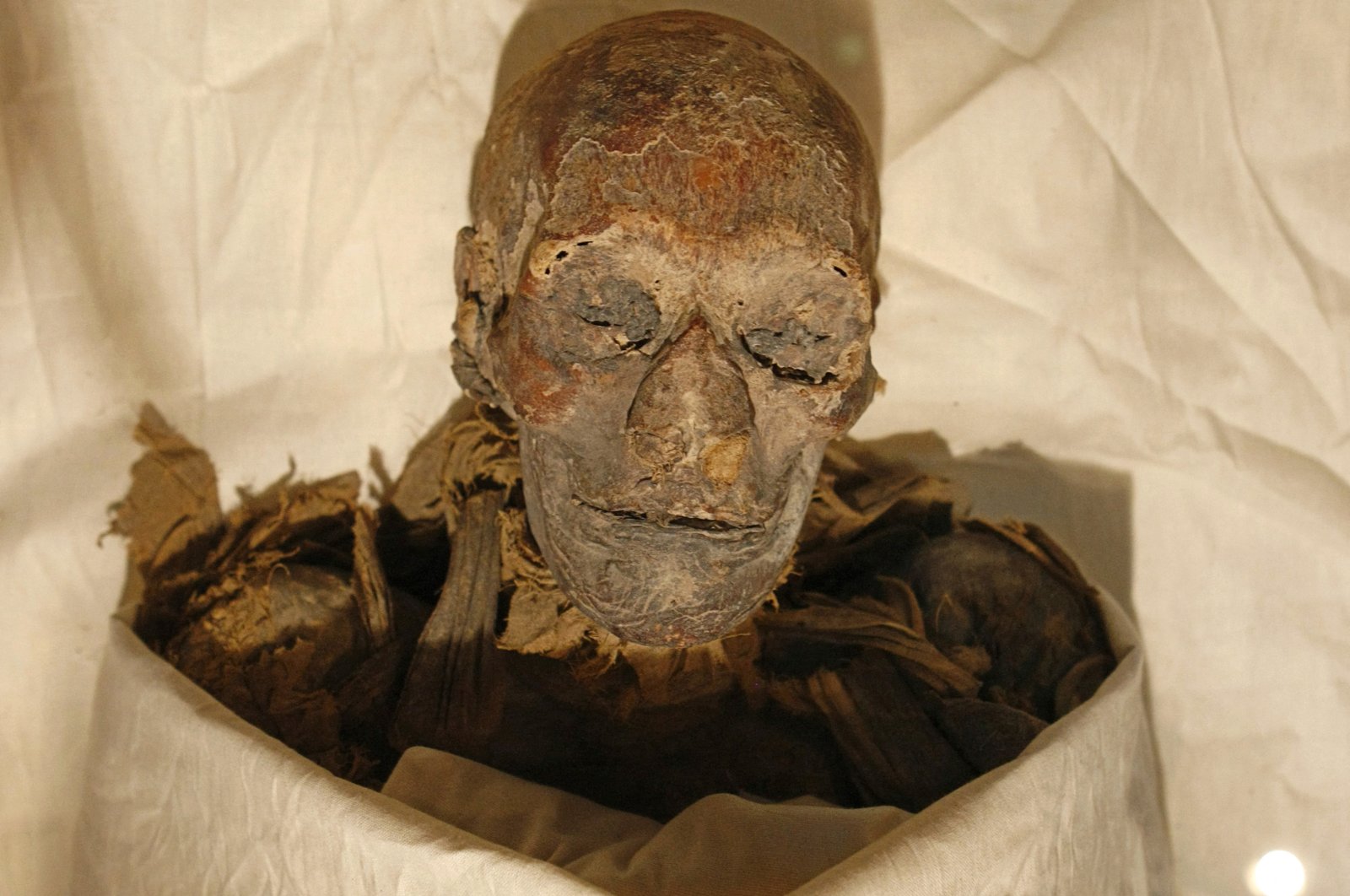 The mummified remains of Queen Hatshepsut, ancient Egypt's most famous female pharaoh, lie in a glass case after being unveiled at the Cairo Museum in Cairo, Egypt, June 27, 2007. (Photo by Cris BOURONCLE / AFP)
by REUTERS Apr 03, 2021 1:00 pm
RECOMMENDED

Ancient Egyptian royals will once again have a grand parade in their honor when 22 of their mummified bodies are carried across Cairo in specially designed capsules from one museum to another on Saturday.

The convoy will transport 18 kings and four queens, mostly from the New Kingdom, from the Egyptian Museum in central Cairo's Tahrir Square to the National Museum of Egyptian Civilization in Fustat, about 5 kilometers (3 miles) to the southeast.

Authorities are shutting down roads along the Nile for the elaborate ceremony, designed to drum up interest in Egypt's rich collections of antiquities when tourism has almost entirely stalled because of COVID-19 related restrictions.

Each mummy will be placed in a special capsule filled with nitrogen to ensure protection, and the capsules will be carried on carts designed to cradle them and provide stability, Egyptian archaeologist Zahi Hawass said.

"We chose the Civilization Museum because we want, for the first time, to display the mummies in a civilized manner, an educated manner, and not for amusement as they were in the Egyptian Museum," he said. The new location is noteworthy because many artifacts from the older facility will be migrated to the repeatedly delayed Grand Egyptian Museum near the Giza pyramid complex.

Archaeologists discovered the mummies in two batches at the complex of mortuary temples of Deir Al Bahari in Luxor and at the nearby Valley of the Kings from 1871. Remarkably, mummies continue to be unearthed in Luxor and its surrounding areas.

The oldest is that of Seqenenre Tao, the last king of the 17th Dynasty, who reigned in the 16th century B.C. and is thought to have met a violent death.

The parade will also include the mummies of Ramses II, Seti I and Ahmose-Nefertari.

Fustat was the site of Egypt's capital under the Umayyad dynasty after the Arab conquest.

"By doing it like this, with great pomp and circumstance, the mummies are getting their due," said Salima Ikram, an Egyptologist at the American University in Cairo.

"These are the kings of Egypt, these are the pharaohs. And so, it is a way of showing respect."