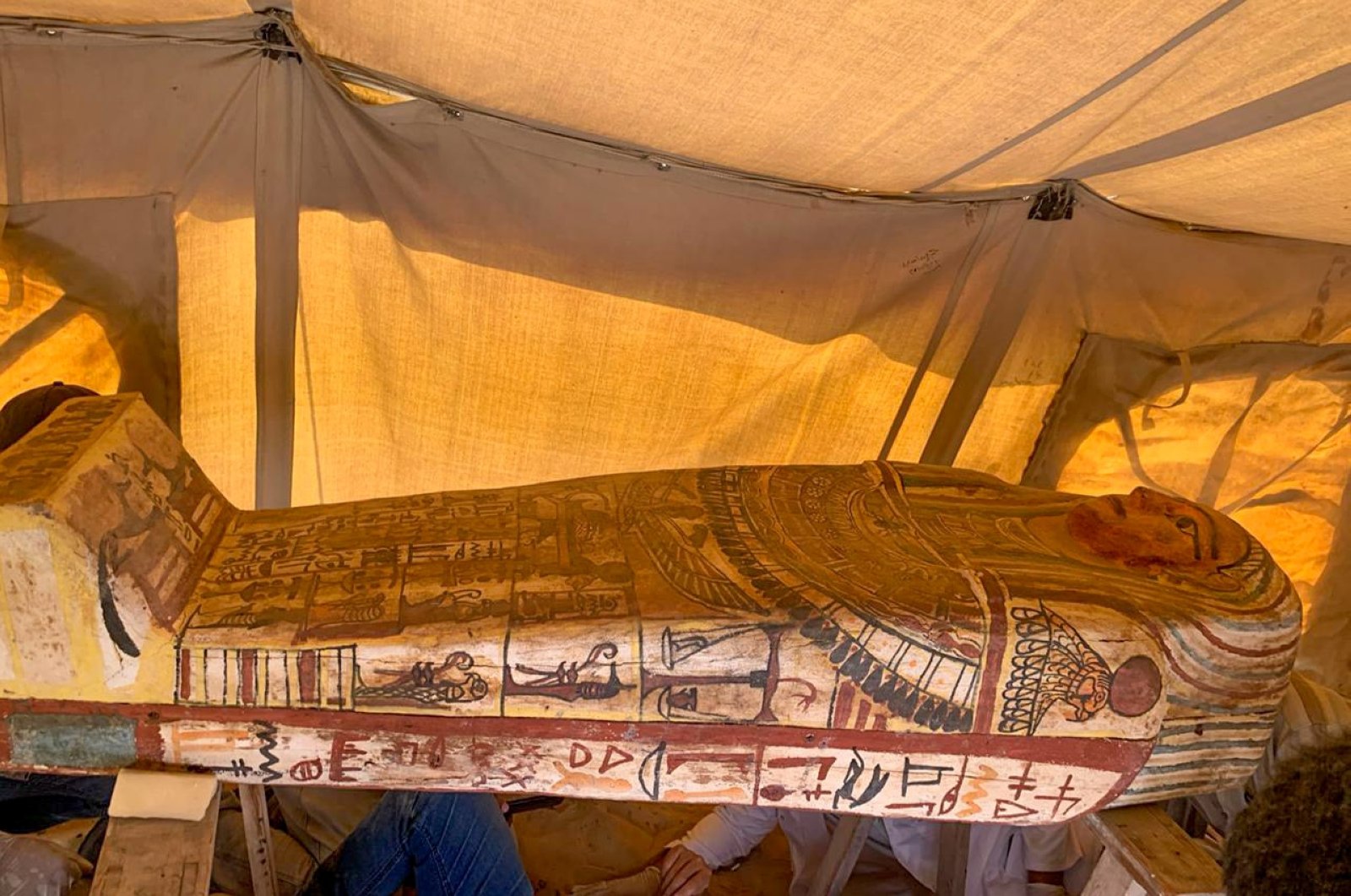 A handout picture released by the Egyptian Ministry of Antiquities on Sept. 20, 2020, shows one of 14 2,500-year-old sarcophagi discovered in a burial shaft at the desert necropolis of Saqqara, south of the capital Cairo. (Reuters Photo)
by REUTERS Sep 21, 2020 4:25 pm

Archaeologists in Egypt have discovered 27 sarcophagi at the ancient necropolis of Saqqara, a burial ground that is also home to one of the world's oldest pyramids, the country's Tourism and Antiquities Ministry said.

The wooden sarcophagi are ornately painted and covered in hieroglyphs, and were found stacked in two burial shafts, the ministry said in a statement, adding that they had not been opened.

In March, Egypt reopened at the Saqqara site the Djoser’s Step Pyramid, the first pyramid ever built, after a 14-year restoration costing nearly $6.6 million.

In July, Egypt restarted international flights and reopened major tourist attractions including the Great Pyramid of Giza after months of closure due to the coronavirus pandemic.

Yet despite reopening and continued safety reassurances to international tourists, many concede that the key winter season starting in October is going to be tough, further straining the economy.