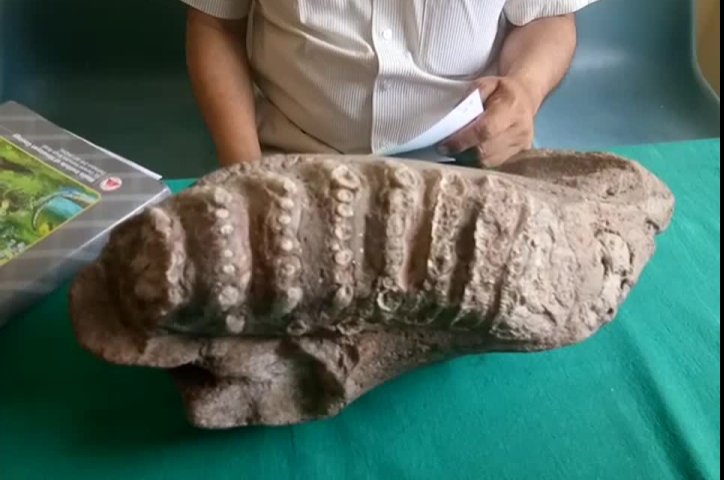 An ancient elephant fossil was found in northern India and is believed to be at least 5 million years old.

This elephant fossil was found in the forest of Shivalik in the Badshahi Bagh area of Uttar Pradesh.

According to the chief conservator of the forest in the area, VK Jain, "We found the fossil a few weeks back, there was a detailed study on it in the Wadia Institute in Dehradun."

"It is a fossil that belongs to the Dhok Pathan Formation of the Shivalik range. It's a fossil of a stegodon, a variety of an elephant which used to be found in the prehistoric age," he added.

"This fossil is a middle-age deposition. We will preserve it and will research if more of it exists as well,” he said.