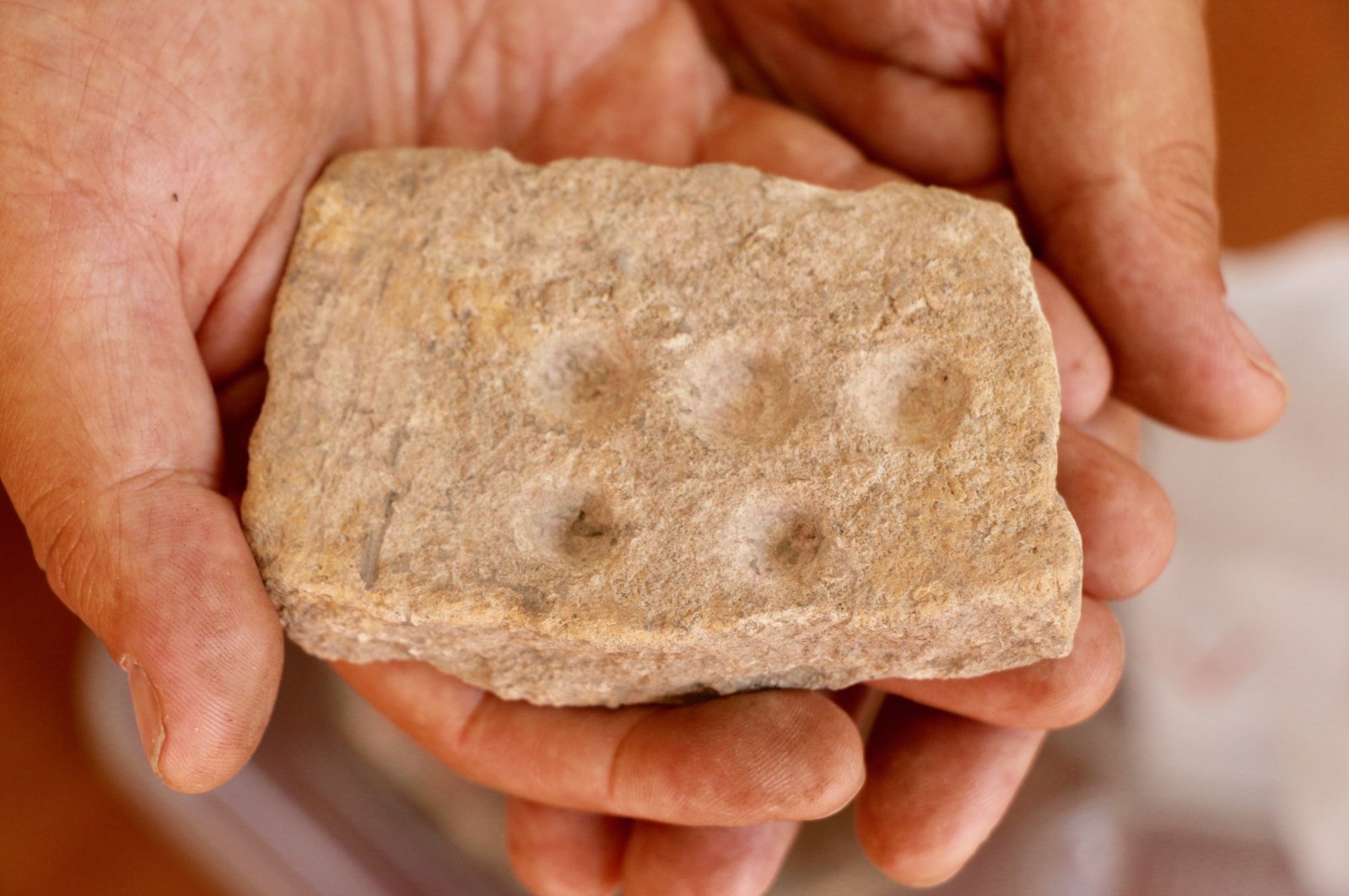 A 5,000-year-old paint palette believed to be used for painting dishes was unearthed during excavation works at the Küllüoba settlement mound located in Eskişehir province's Seyitgazi district.

The Küllüoba excavation director, associate professor Murat Türkteki, noted that Küllüoba was located on one of the trade lines passing through the region.

“It is one of the settlements on the trade line extending from northern Syria to the Balkans from the 2400s to 2300 BC. It was also a stop for caravan trade,” he said.

The Küllüoba district lies on the west of the Sakarya Plains and 15 kilometers (9.3 miles) northeast of Seyitgazi.

There were also Hellenistic settlements on the foot of the mound, which uninterruptedly includes the prehistoric periods from 3500 B.C. to the beginning of the Middle Bronze Age in 1900 B.C.

Excavations at Küllüoba were launched in 1996. Since then, researchers have discovered artifacts, animal bones and settlement plans revealing details about the cultural life 4,500 years ago. Fifteen burial sites were discovered along with a 3,000-year-old sarcophagus.