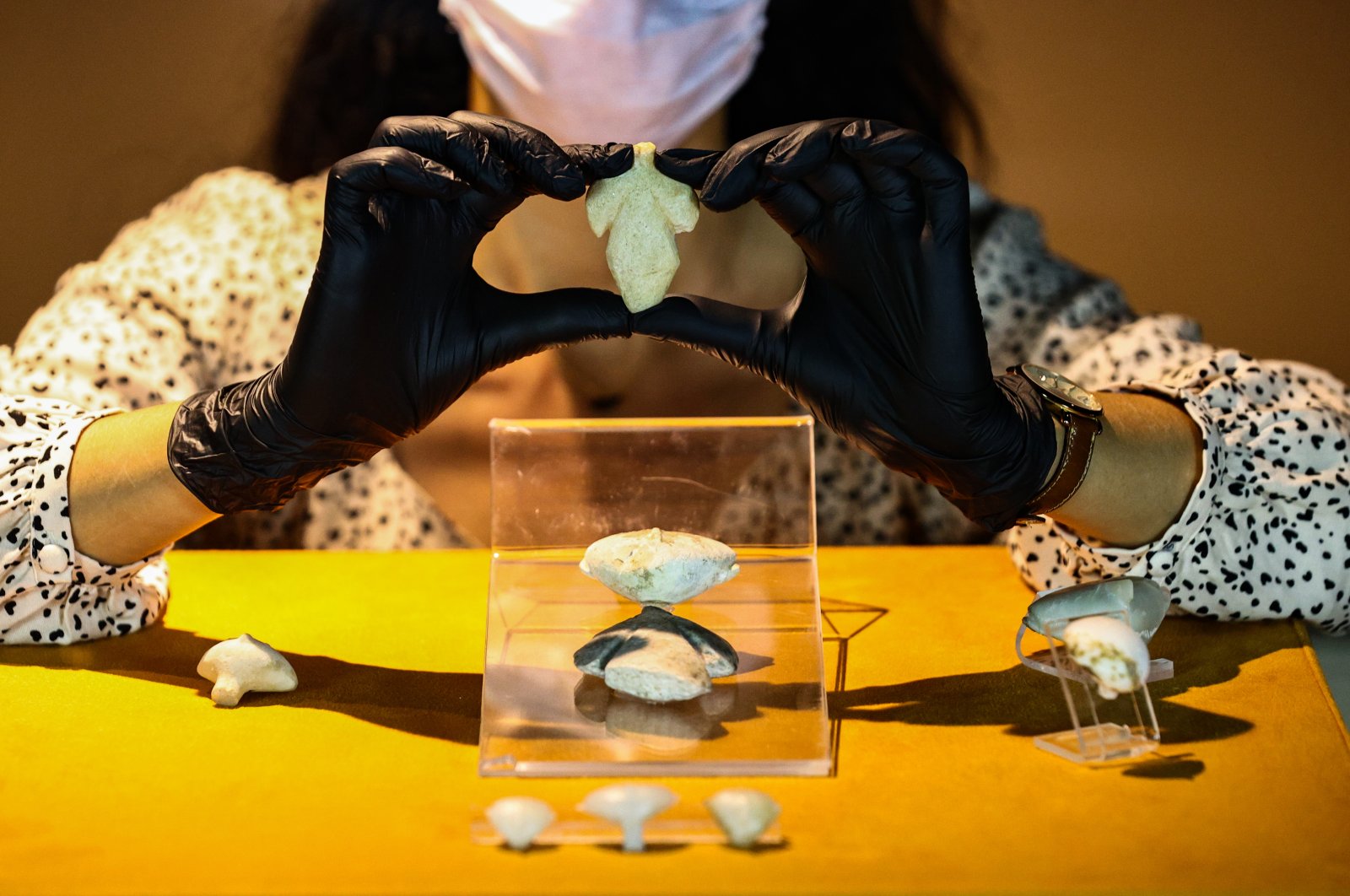 Inspiring many contemporary artists today with their modern design, Anatolia's 'Stargazer' statuettes are a testament to the creative thinking and craftsmanship of the people of the Stone Age

Awe-inspiring marble statuettes carved by Stone Age sculptors in Anatolia 7,000 years ago, called the “Stargazers,” are on display in the western Turkish province of Izmir. Calling the Izmir Archaeology Museum home, the statuettes that gaze up at the sky stand out with their distinguishable features, including their peculiar ears and noses.

The Stargazers, which date back to 5,000 B.C., have evoked international admiration in the world of art and archaeology and are being exhibited on Anatolian land where they belong. Izmir Archeology Museum hosts a different historical artifact every month through the project "You Will See What You Can't See," which is how the Stargazers, also known as "Sky-Watchers," "Cyclops" or "Idols," came to be on display for the May-June period.

The statuettes, which prove that pre-urban village communities were specialized in handicrafts, can be visited in the museum's special treasure room. Drawing attention with their flat and thin bodies, wide heads and delicate cylindrical neck structures, these modern-looking human figurines reflect the imaginative power of people who lived 7,000 years ago.

Keser stated that basalt, gabbro and sandstone were also used in the production of the statuettes, which are generally dated to the Middle and Late Chalcolithic periods – a period of the Stone Age in which copper was used. Noting that the figurines may have been traded in southwestern and northwestern Anatolia, Keser added that some of the statuettes were unearthed in the Ulucak Höyük excavations in the city’s Kemalpaşa district.

Emphasizing that the figurines show the pre-urban village communities’ mastery of stone sculpting, the museum director continued: "We called these figurines 'Stargazers' because of their upward gaze. They are referred to as 'Kilyia-type' figurines or 'idols' in the scientific world as the very first example of them were found in the Kiliya settlement on the Gelibolu Peninsula. Since they have survived from a time when writing was not invented yet, the name used during the period of their production will always remain unknown."

Keser said that the statuettes will be on show at the Izmir Archeology Museum until June 15.

It is understood that all of the Stargazers were produced in Anatolia thousands of years ago. There is even an ancient workshop which only produces these statuettes in the Kulaksızlar neighborhood of western Manisa province’s Akhisar district.

Nevertheless, the 5,000-year-old female statuette "Guennol Stargazer," which was smuggled out of Turkey, was put up for auction at Christie's Auction House in New York in 2017 and sold for about $14.5 million (TL 121.32 million). The sale was protested by Turks who gathered outside the auction house. The Turkish Ministry of Culture and Tourism initiated the legal process to return the artifact to Turkey.

Describing the artifact as one of the finest and largest preserved Anatolian marble female idols in the Kiliya style, the auction house described the artifact on its website noted that the Geunnol Stargazer "is considered to be one of the most impressive of its type known to exist.”

Noting that the idol was a part of their Guennol collection, curated by prominent art collectors Alastair Bradley Martin and his wife Edith, Christie’s also mentioned that the sleek and abstract form of this extremely rare work was a source of inspiration for 20th-century masters such as Romanian sculptor Constantin Brancusi, Italian painter and sculptor Amedeo Clemente Modigliani and English artist Henry Moore, best known for his semi-abstract monumental bronze sculptures.