Anatolia’s 1st Turkish mosque to open to worship after restoration 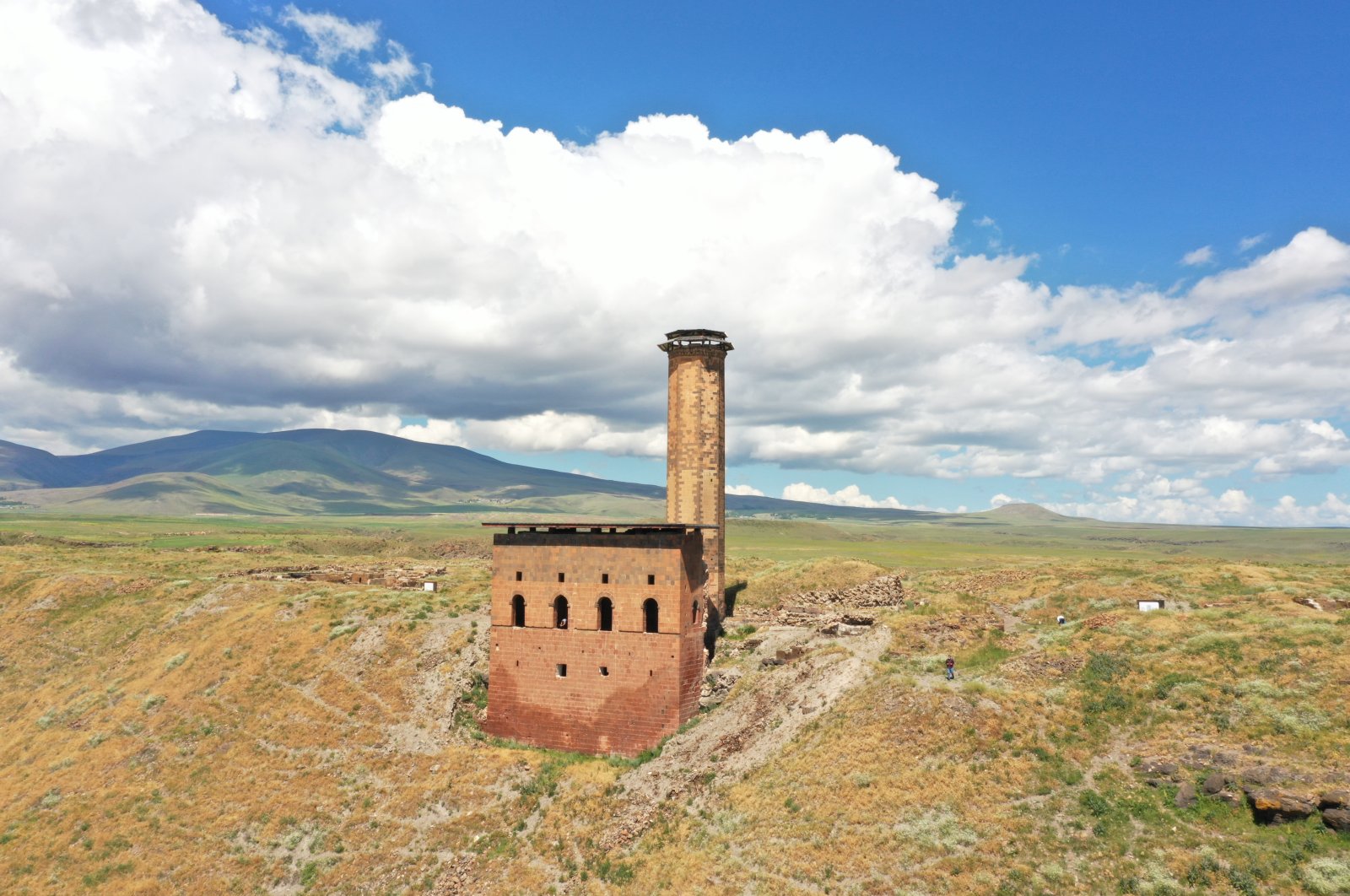 Twenty-six development agencies operating throughout Turkey will provide financial support for the restoration of the first Turkish mosque in Anatolia, Ebu'l Manuçehr

The first Turkish mosque in Anatolia, which was built in what is today known as the Ani Ruins in Kars province after Seljuk Sultan Alparslan won the Battle of Manzikert in 1071, is being restored. The mosque, built by Ebu'l Manuçehr Bey in 1072 and named after him, will be restored under the coordination of directorates of the Ministry of Industry and Technology and the Ministry of Culture and Tourism.

According to a statement from the Ministry of Industry and Technology, the Serhat Development Agency, operating under the umbrella of the General Directorate of Development Agencies, has launched efforts to transfer the mosque to future generations and boost its national and international recognition.

Following the conclusion of the directorates' work, a protocol on project design and restoration was signed between General Director of Development Agencies Barış Yeniçeri and General Director of Cultural Assets and Museums Gökhan Yazgı. The signing ceremony was attended by Kars Gov. Türker Öksüz; Ahmet Arslan, the former minister of Transport, Maritime Affairs and Communications and a Justice and Development Party (AK Party) parliament member from Kars; and Yunus Kılıç, an AK Party parliament member from Kars.

Under the protocol, 26 development agencies operating on a regional basis around Turkey will provide financial support for the restoration project. The Ebu'l Manuçehr Mosque is scheduled to be opened for worship on Aug. 26, 2021, the 950th anniversary of the Victory of Manzikert.

Speaking after the ceremony, Kars Gov. Öksüz said the restoration "will be a crucial step for us toward the development of faith tourism and increasing the national and international recognition of our province."

Yeniçeri, who visited the region last year, said they decided to reerect the mosque as soon as possible and make it available for adhan recitation and prayers.

"One of the important potential subjects of the Serhat Development Agency is tourism," he said. "As an indication of loyalty to those who adopted Anatolia as a homeland, we want to reerect (the mosque) through the labor and cooperation of 26 development agencies in Anatolia. This is a 5,000-year-old archaeological site and 23 artifacts have been unearthed here. We compare it to a necklace – each finding is a ruby, emerald or diamond."

Arslan said: “We are happy with the efforts to bring to light such a valuable work that we have inherited from our ancestors. We are all looking forward to the completion of restoration and making it available for praying soon.”

Yazgı noted that the work is being carried out at the instruction of Culture and Tourism Minister Mehmet Nuri Ersoy and Industry and Technology Minister Mustafa Varank.

The Archaeological Site of Ani, located on the Turkish-Armenian border, was a continuous settlement from the early Iron Age to the 16th century. The area on the Silk Road was noted for its multicultural characteristics in terms of urbanism and architecture of the Middle Ages. Ani, which is the meeting point of the Armenian, Georgian, Byzantine and Seljuk cultures, has 23 registered monuments, including churches, mosques, monasteries, caravanserais, baths, bridges and mills. It is also home to many examples of civil architecture that have been demolished and buried.

The Ebu'l Manuçehr Mosque, located 42 kilometers (26 miles) from Kars, was listed on the United Nations Educational, Scientific and Cultural Organization’s (UNESCO) World Cultural Heritage List in 2016, along with other monumental artifacts from the Ani archaeological site. The mosque, which has survived until today, is known as one of the oldest Seljuk structures in Anatolia. The ceiling of the rectangular two-story building is decorated with rich Seljuk motifs. The mosque's 99-stair minaret was used as a watchtower.

The head of excavations at Ani, Muhammet Arslan, said that the minaret was built with a type of stone called “kufeki,” an ivory-cream limestone that is quarried in the region. This stone is especially used for ornamental, wall, floor applications and mosaic designs.

“The interior of the mosque was built with three plates perpendicular to the qibla, the direction Muslims should turn toward while praying, and vaults are created with these plates. These vaults feature decorations reflecting Seljuk architecture," Arslan said.

According to Arslan, there was an inscription on the western side of the mosque but, unfortunately, it has not survived to the present day, nor is there any information about when it was lost. The inscription says that the mosque was built by Ebu'l Menuçehr, one of the local emirs, at the behest of Sultan Malik-Shah, son of Alpaslan.