Ancient city of Aizanoi, home to Zeus' Temple, to be restored 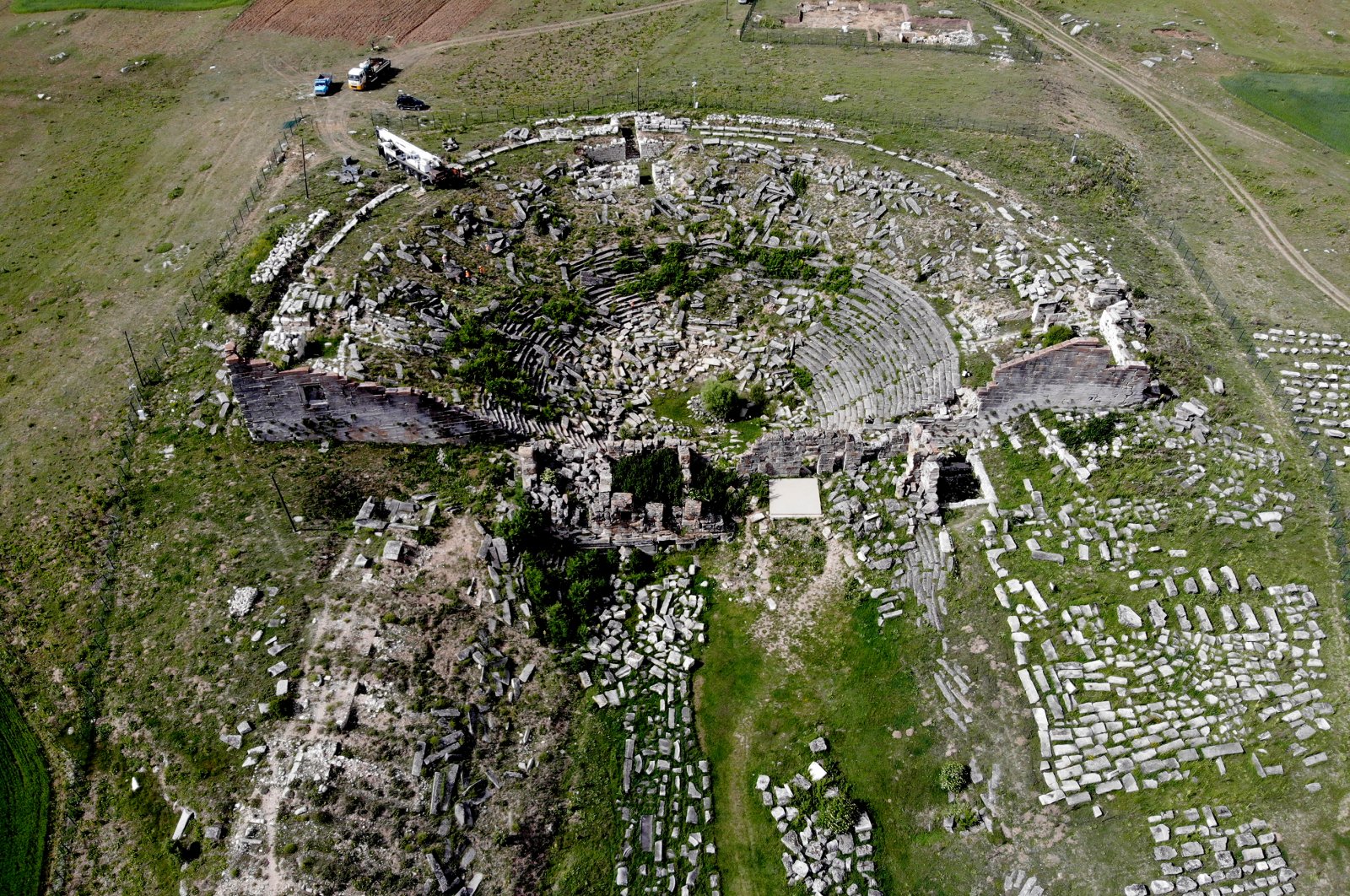 The restoration works have already started at the theater part of the ancient city. (AA PHOTO)
by Anadolu Agency Jun 25, 2020 11:15 am
Edited By Irem Yaşar
RECOMMENDED

The archaeological site, where excavation efforts have been ongoing for the last nine years, is home to one of the best-preserved temples in Anatolia dedicated to the chief Olympian god Zeus of ancient Greek mythology.

Dubbed as the “Second Ephesus” – another iconic ancient city in Turkey – the site joined the UNESCO World Heritage Tentative List in 2012.

Özer said the Turkish Culture and Tourism Ministry along with a businessman in Kütahya, Rıza Güral, signed a sponsorship protocol for the restoration of the 20,000-person capacity Roman theater and 13,500-person capacity ancient stadium. "We began to work with the support of the governor of Kütahya. With the project set to last about six years, we aim to make this place look like it did in ancient times and attract more tourists to the region," she added.

The project architect, Yalın Pekvar, also pointed out that natural disasters like earthquakes and landslides had damaged the ancient theater and stadium. Located 57 kilometers (35 miles) from the Kütahya city center, the ancient site "experienced its golden age in the second and third centuries A.D. and became the center of the episcopacy in the Byzantine era," according to the Turkish Culture and Tourism Ministry's website.

Recent excavations around the Temple of Zeus indicate the existence of several levels of settlement in the city dating from as far back as 3000 B.C. In 133 B.C. it was captured by the Roman Empire. In 1824, European travelers rediscovered the ancient site.

Between 1970 and 2011 the German Archaeological Institute conducted excavation work, unearthing the theater and a stadium, as well as two public baths, a gymnasium, five bridges, a trading building, necropolises and the sacred cave of Metre Steune – a cultist site thought to be used prior to the first century B.C.

Since 2011, Turkish archaeologists have been carrying out restoration work at the ancient site.