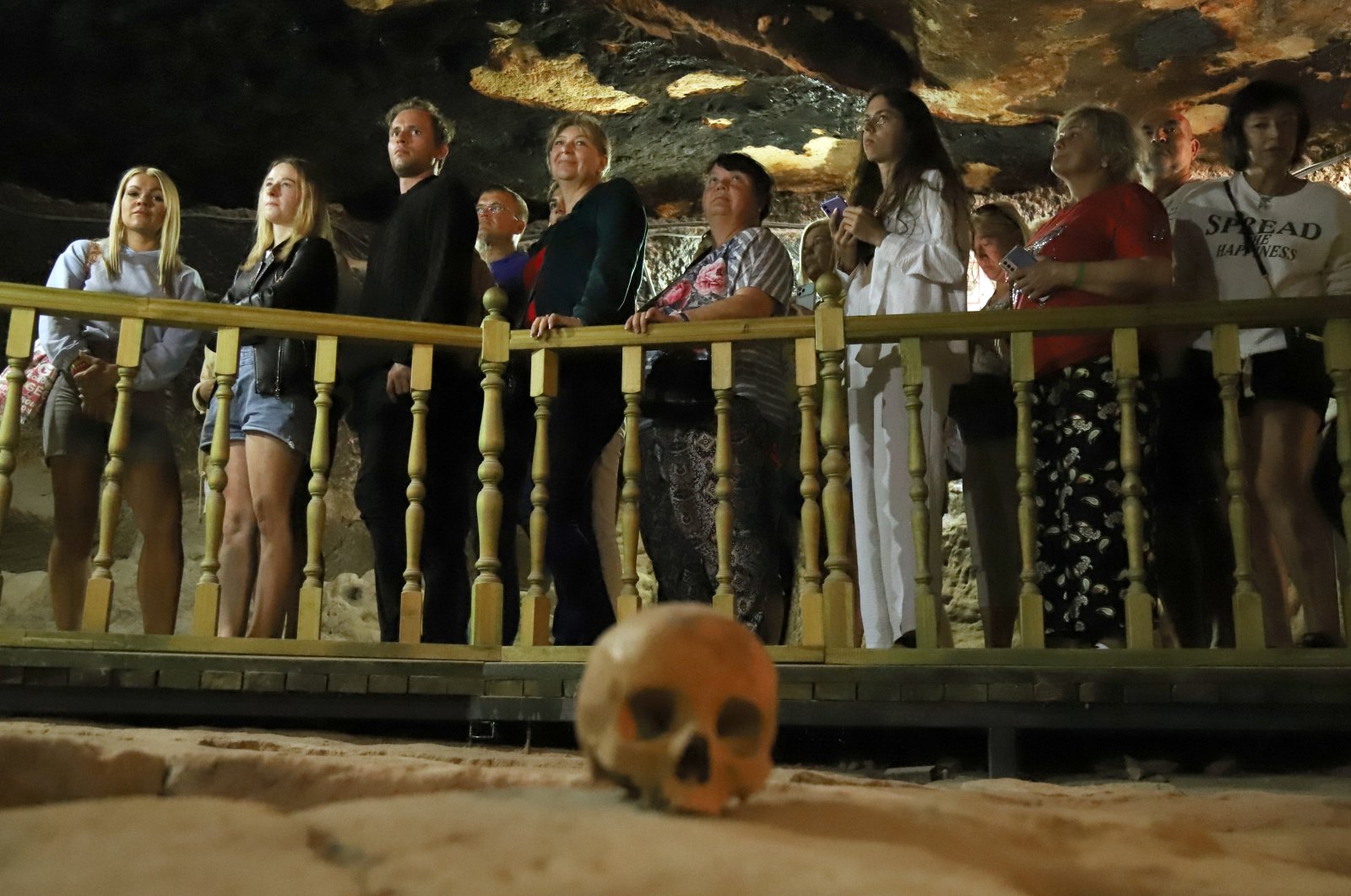 An ancient underground city of St. Mercurius, located in the town of Saratlı in Turkey's central Aksaray province, impresses tourists with its history as it is home to a total of 35 ancient tombs.

St. Mercurius, who was born in the Cappadocia region during the Roman Empire, was a commander who lived in 225-250 A.D. .

After declaring he was a Christian, Mercurius was banished to Cappadocia by Roman Emperor Decius and was sheltered in the underground city that would soon be named after him.

The emperor then sent his men to the city to have him and his family executed by decapitation and they were later buried in a church in the region.

One of the artifacts discovered in the city is a human skull that was found to belong to the wife of St. Mercurius. Meanwhile, the skull of Mercurius was taken to Cairo, the capital of Egypt.

After the time of St. Mercurius, the underground city served as a shelter for early Christians who were running away from the prosecutions of the Romans in the Cappadocia region.

The excavations started in the city in 2011 and lasted until 2016. Three floors of the seven-story underground settlement have been cleaned during this work and opened to tourism.

A Russian tourist, Natali Zakharova, said: "The underground city fascinated me, it has a mystical texture. We were very surprised when we saw the tombs and the skull."

"I was intrigued by the skull in the tombs. I had a very strange feeling," another Russian tourist, Marina Katirbolava, told AA.