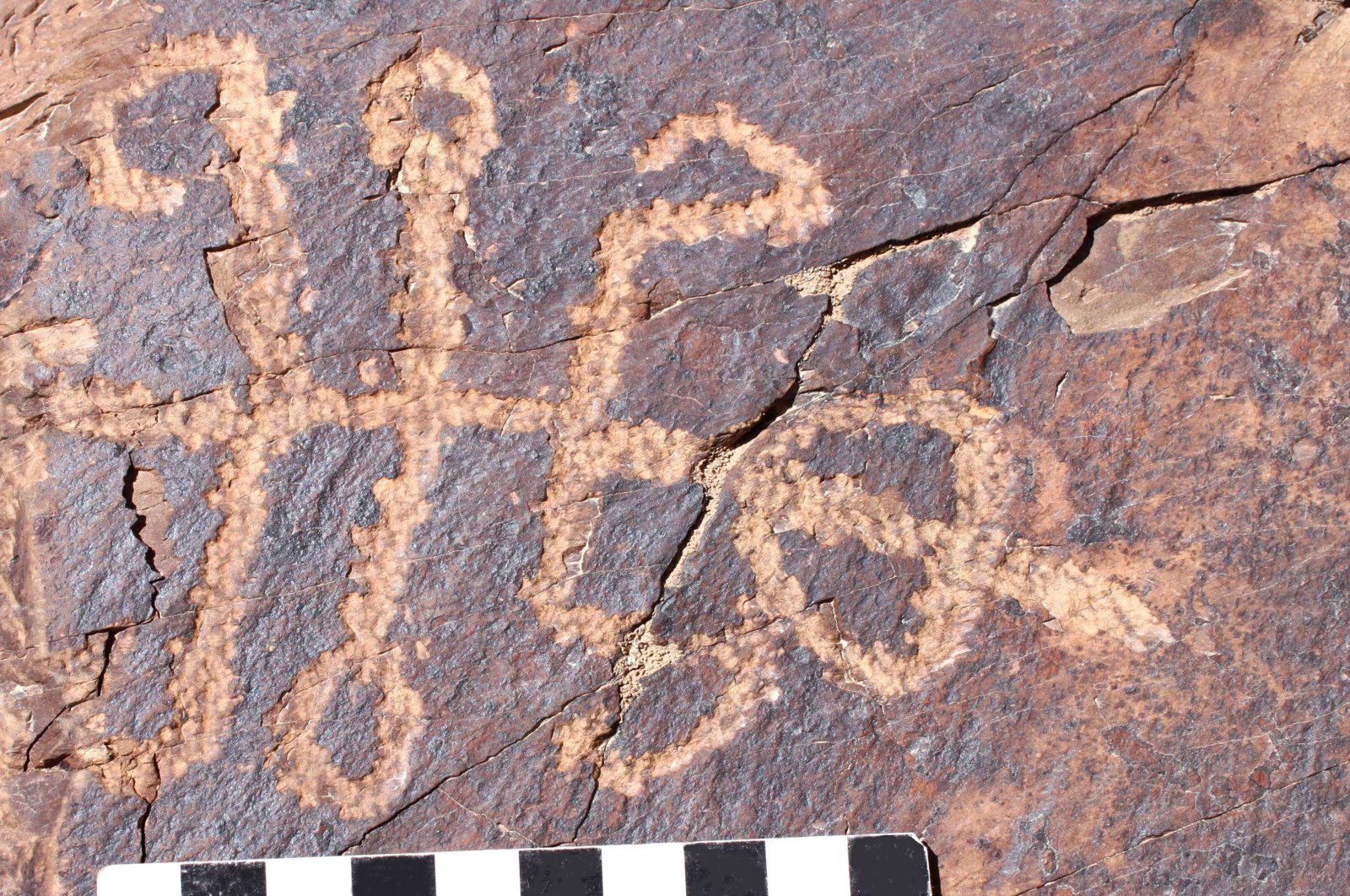 Researchers have discovered an ancient petroglyph depicting a figure that appears to be half man, half praying mantis in central Iran, suggesting humans have been intrigued by the unique insect for thousands of years.

The rock art, estimated to date back 4,000 to 40,000 years, was found in Markazi province by researchers aiming to identify animals depicted in petroglyphs in the area in 2017 and 2018.

The carving, which was analyzed with the help of an archeologist, depicts a creature with six legs, large eyes, a triangular head and the arms of a praying mantis. The figure also has the legs of the “squatting man” motif seen in rock art around the world.

In the findings published in the Journal of Orthoptera Research, the team identified the insect as an Empusa pennata, commonly known as a conehead mantis.

Historians and archeologists believe the zoomorphic petroglyphs found in Iran’s mountainous regions were made by nomadic tribes.

Scientists have not been able to determine the exact age of the rock art because sanctions on Iran ban the radioactive materials used in radiocarbon dating. Experts who visited the Teymareh site, however, estimate that the petroglyphs were created sometime between 40,000 and 4,000 years ago.

"Humanity's interest in the praying mantis can be dated to prehistoric times," the researchers said in the published results.

They explained that praying mantises are known to have been highly valued by the earliest Mesopotamian civilization, which portrayed them as divine guides that accompanied the dead into the underworld. However, these petroglyphs date back several thousands of years earlier than the Mesopotamian writings.

"The main question is why prehistoric man was fascinated by mantids as far back as at least 4,000 years ago, and, consequently, why did they start scratching their images into solid rocks?" the researchers asked.

"The useless but astonishing praying mantids could have merited petroglyphs of their forms by being part of ancient religions, fears, or admirations," they suggested.