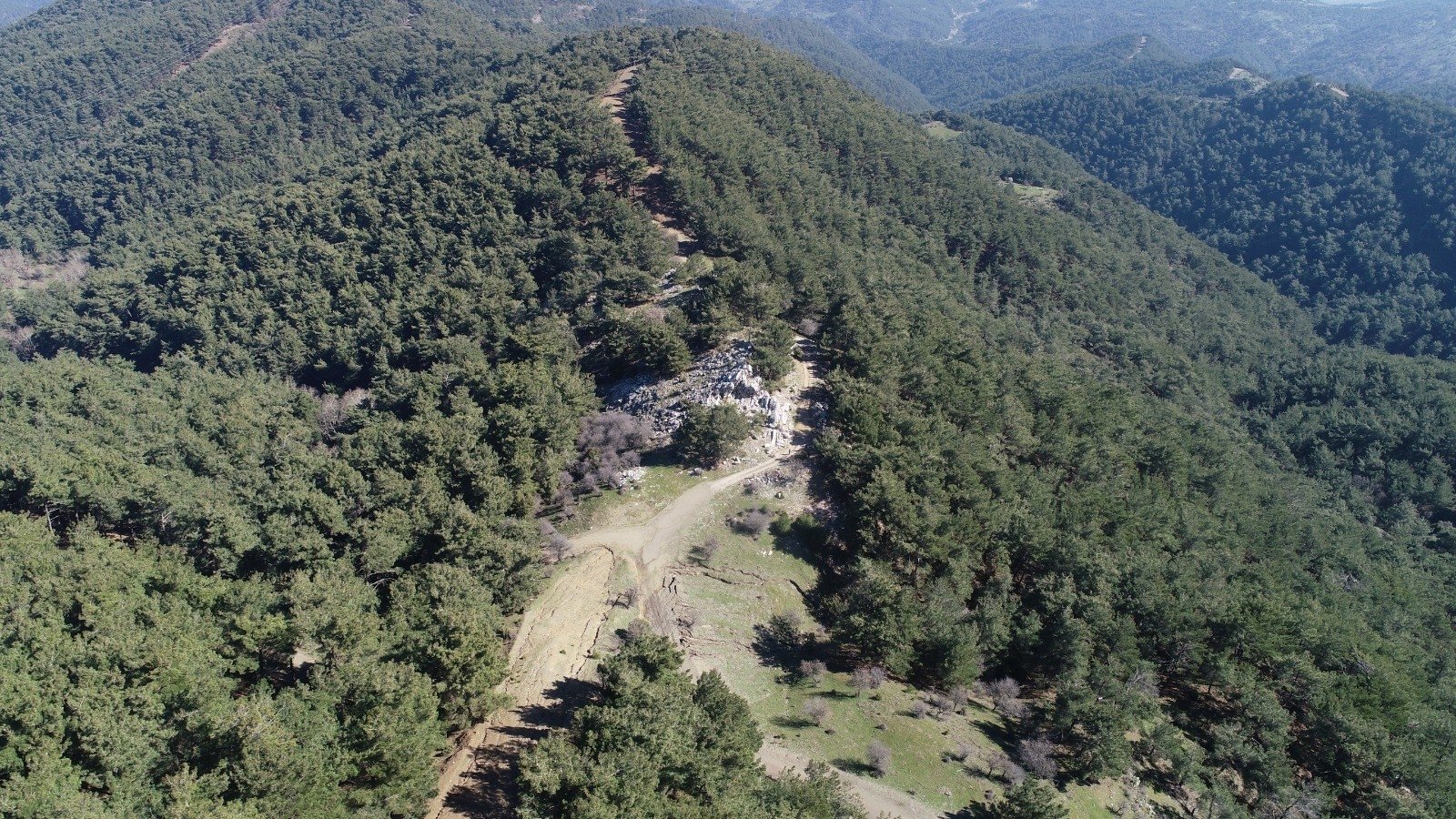 Archaeologists have discovered an ancient stone quarry believed to have been used extensively in Roman and Hellenistic eras in Smyrna, present-day Izmir. (AA Photo)
by Anadolu Agency Mar 28, 2021 1:10 pm
RECOMMENDED

An ancient stone quarry thought to date back to Hellenistic and Roman periods has been discovered in the Aegean region in western Turkey, authorities said Saturday.

After four years of research, the quarry was unearthed in Tırazlı village of Izmir's Karabağ district, according to the Izmir Metropolitan Municipality.

"The Tırazlı-Kesikkaya quarry is understood to have been in use at the beginning of the Hellenistic period, on the Kadifekale-Kemeraltı axis of the ancient city of Smyrna, since its foundation," Akın Ersoy, the head of the Smyrna excavation project, said in a statement.

Ersoy, a lecturer at Izmir Katip Celebi University, said there were many other such facilities around the city center in ancient times.

Ersoy added that research has shown that the quarry was used more actively to meet the needs of the magnificent monumental buildings of Smyrna, which grew considerably in the Roman era, as evident from the ceramics unearthed in the area and the number of blocks and columns preserved cut-in-place. The roughly-processed stone blocks extracted from this quarry were also carried via sleds using the existing beds of streams and then transported by sea to the port of Smyrna via barges, the researchers believe.

The quarry is also thought to have produced many columns for the Smyrna Agora, which were made of brecciated recrystallized limestone found in the area.

He said it was unlikely that a single quarry would have met the demand for stone in such a large city, which is why researchers believe that there may be other quarries in the area.