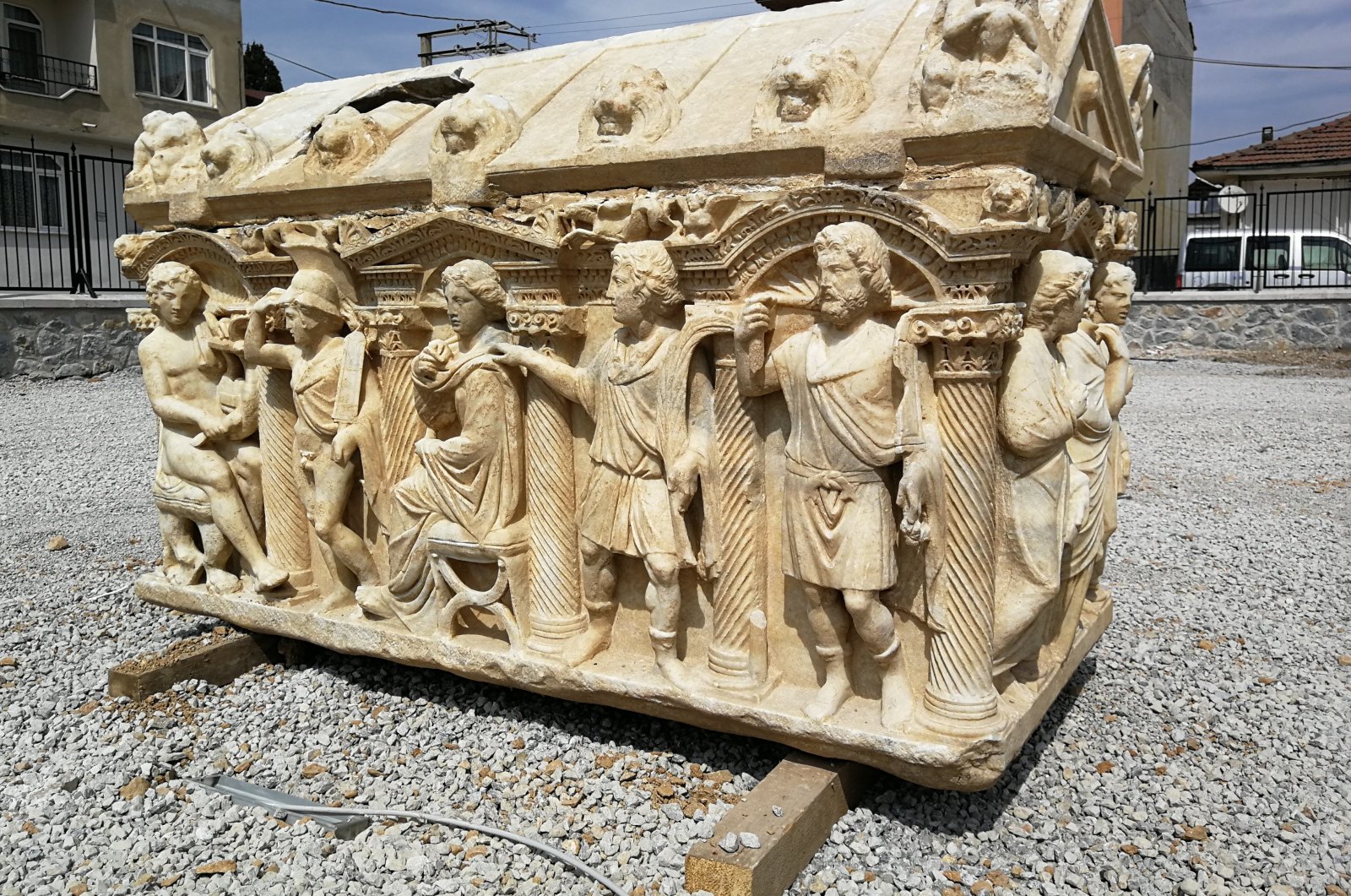 The secrets of the sculpted figures on the marble sarcophagus unearthed in western Bursa province in 2015 have been cracked. Art historians have revealed that the detailed carvings all over the priceless historical sarcophagus, dating back to the second-century ancient Roman period, depict the Trojan War, Briseis, who sat on the Trojan stage, Greek Achaeans King Agamemnon and the warrior Achilles, who is the son of Peleus and water goddess Thetis, according to mythology.
In 2015, the marble sarcophagus was unearthed in an olive field on the road to Hisardere village in the district of Iznik, famous for its tiles. The sarcophagus with carefully carved depictions was put on display at the Iznik Archaeological Museum. While experts studying it revealed the Trojan depictions of the statues, they also found that the statues on the other side of the sarcophagus represent spring, summer and autumn.