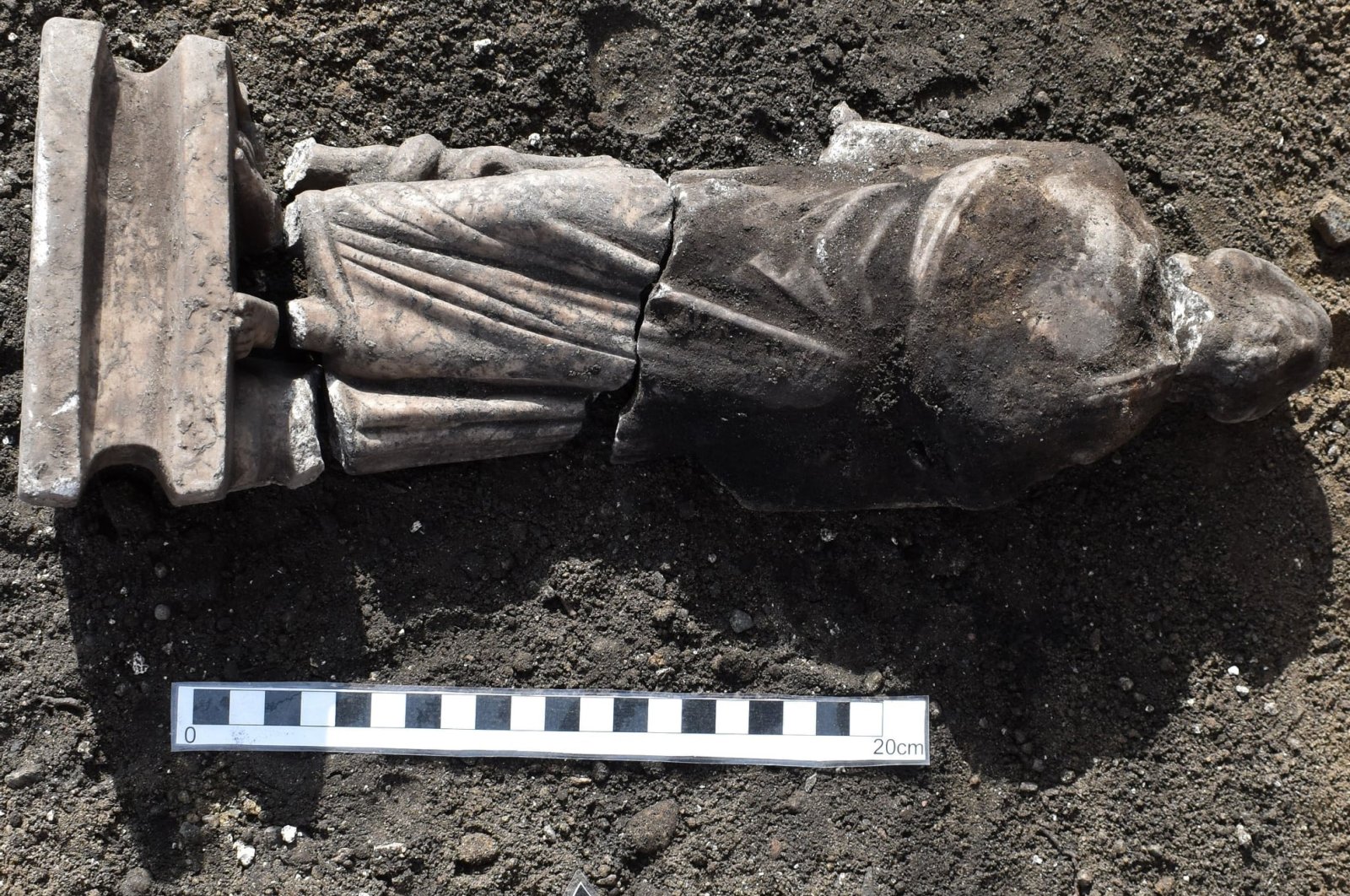 Archaeological excavations in the ancient city of Kibyra in the Gölhisar district of southwestern Turkey’s Burdur, have unearthed new exciting finds, including a statue of Asclepius, the ancient Greek god of health, and a bust of Serapis, an ancient Graeco-Egyptian deity.

The digs at Kibyra have been ongoing since 2006 with support from the Ministry of Culture and Tourism, the Turkish Historical Society and Mehmet Akif Ersoy University (MAKU). Şükrü Özüdoğru, assistant professor at MAKU and head of the excavation team, said that the finds were crucial in understanding the rich and ancient history of Kibyra.

“The statue of Asclepius was found during the excavations at the Kaisarion Imperial Cult Temple in Kibyra. The statue, which is 38 centimeters (14.9 inches) tall, was discovered in six pieces. These pieces have been reassembled after a thorough cleaning, conservation and consolidation process,” Özüdoğru told Demirören News Agency (DHA).

Asclepius, which means “to cut open,” was instructed in the art of medicine and became the patron god and ancestor of the Asclepiades, the ancient guild of doctors. Özüdoğru explained how the statue was determined to be depicting Asclepius, by his serpent-entwined staff.

“It was understood from the serpent figure wrapped around his staff and the egg he was holding that the statue belonged to Asclepius. Particularly the snake figure has been found in nearly all statues depicting the god of health,” he said.

Özüdoğru also touched upon the importance of the find to the city of Kibyra, stating that it reinforced ancient sources and inscriptions about the city as a leader in the field of medicine.

“This latest statue, which has been determined to be from the second century B.C., has solidified our knowledge of the city,” he said.

Meanwhile, another ancient god, a Graeco-Egyptian deity called Serapis, was restored back to its original state in Kibyra. During excavations in the Roman bathhouse complex in 2019, a marble bust without a head was discovered. Özüdoğru stated that the head of the bust was finally found in 2020.

“In excavations last year, a bearded head was found during the short-term cleaning and excavation work in the same part of the Roman bathhouse complex. The head was reunited with the bust found in 2019 so now the bust of Serapis is complete. Serapis, among other things, was the Egyptian god of light,” he said.

Özüdoğru said that the statue of Asclepius and the bust of Serapis, which are now at the Burdur Archaeological Museum, will go on display in the coming days.