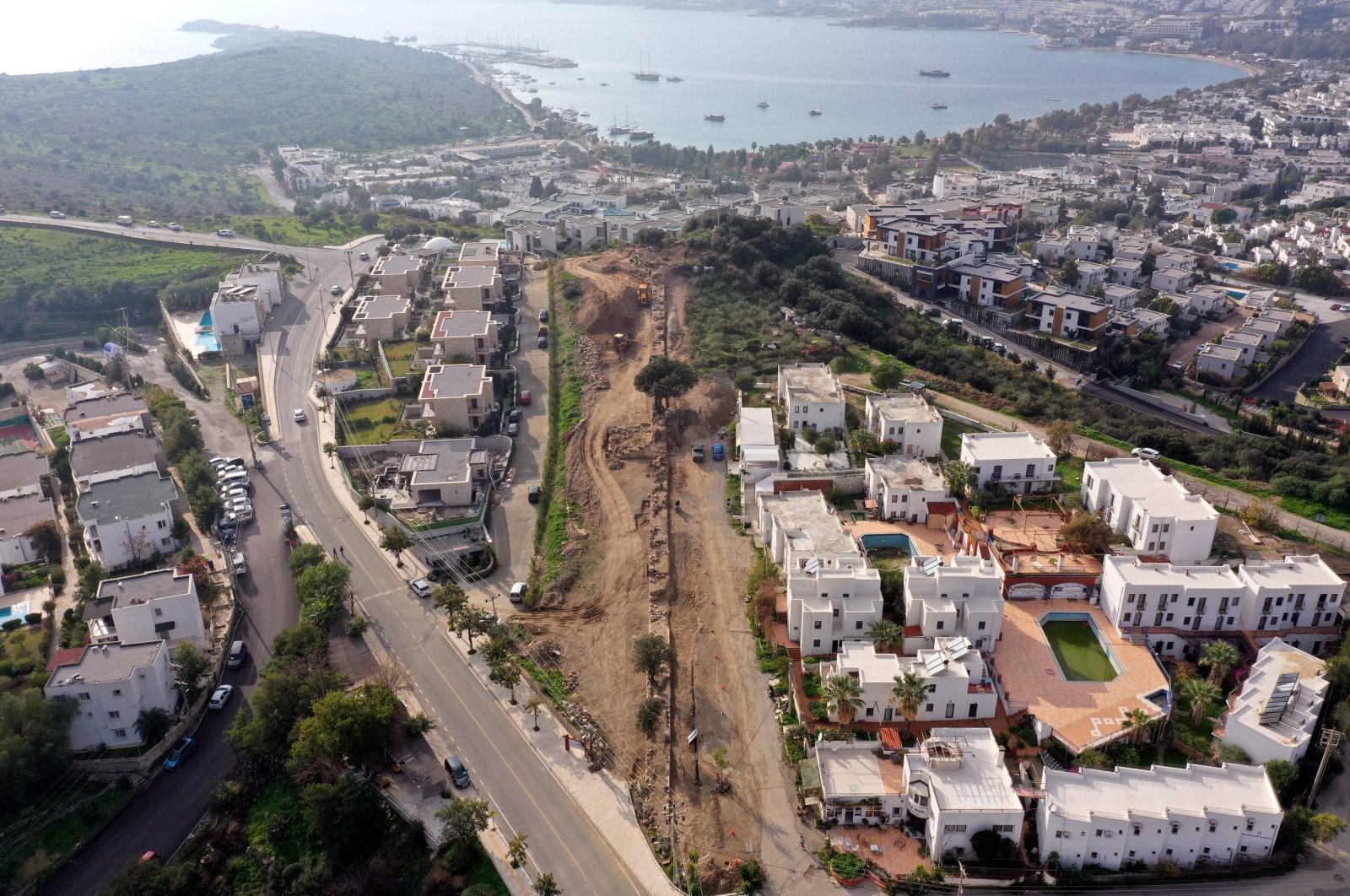 The archaeological excavation and cleaning work being carried out on the Halicarnassus city walls in Bodrum in southwestern Turkey have been going strong, with the project showing great promise. The project, to preserve and recover the western city walls, is a joint effort between the Bodrum Museum of Underwater Archaeology, Bodrum Municipality and the Mediterranean Countries Academy (AKADEMIA) Foundation.

Professor Adnan Diler, head of Archaeology Department at Muğla Sıtkı Koçman University and project consultant, emphasized the historical importance of the city walls. Speaking to Anadolu Agency (AA), he explained that the walls played an important role in the city's defense, adding that most remains lay buried beneath modern Bodrum but that some still stand.

Diler expressed that he hopes the project helps raise awareness about the region's rich cultural heritage, saying: “This will help Bodrum Peninsula realize its cultural identity, not just Halicarnassus, and it will provide a boost to other projects to come."

Diler explained that once the bus terminal and industrial sites are moved to a new location, the team will be able to unearth the walls and coliseum that lie beneath.

“The project will be done in phases. Then there will be environmental planning, location presentation and conservation work. These efforts will provide a significant boost to culture tourism as well,” Diler stated and added: “Halicarnassus, the biggest capital of its time, will be reunited with modern settlers of Halicarnassus. This project will benefit them the most.”

The ancient Greek city of Halicarnassus is located in modern-day Bodrum. The most notable remnant of the civilization is its Mausoleum of Halicarnassus, also known as the Tomb of Mausolus. The mausoleum was built in the fourth century B.C. as a tomb for Mausolus, the ancient ruler of the western Anatolian kingdom of Caria, from whose name the word "mausoleum" is derived. The tomb is one of the seven wonders of the ancient world.

Özay Kartal, chairperson of the AKADEMIA Foundation, which develops projects focused on preserving and promoting Bodrum's cultural heritage, said the organization continues to protect the city's historical, cultural and archaeological legacy. Expressing that the organization is thrilled to be involved in a project that means so much to the city, he said: “We think that Bodrum's history is Bodrum's future in tourism. We want to protect the remains of the ancient Halicarnassus in this regard as well."

Enthusiastically explaining the project, Kartal said: "We are sincerely happy to uncover the historical identity of the city. The city walls start from the Bodrum Harbor and continue toward Kaplan Tower and Bardakçı in the Military Camp location. Then it continues for 1.5 kilometers (0.9 miles) and reaches Myndus Gate, then Gümbet junction and after that, it climbs for nearly 1 kilometer (0.6 miles) until Göktepe location. In the first phase, we will complete the works in this area; then we will work on the eastern city walls,” he said.