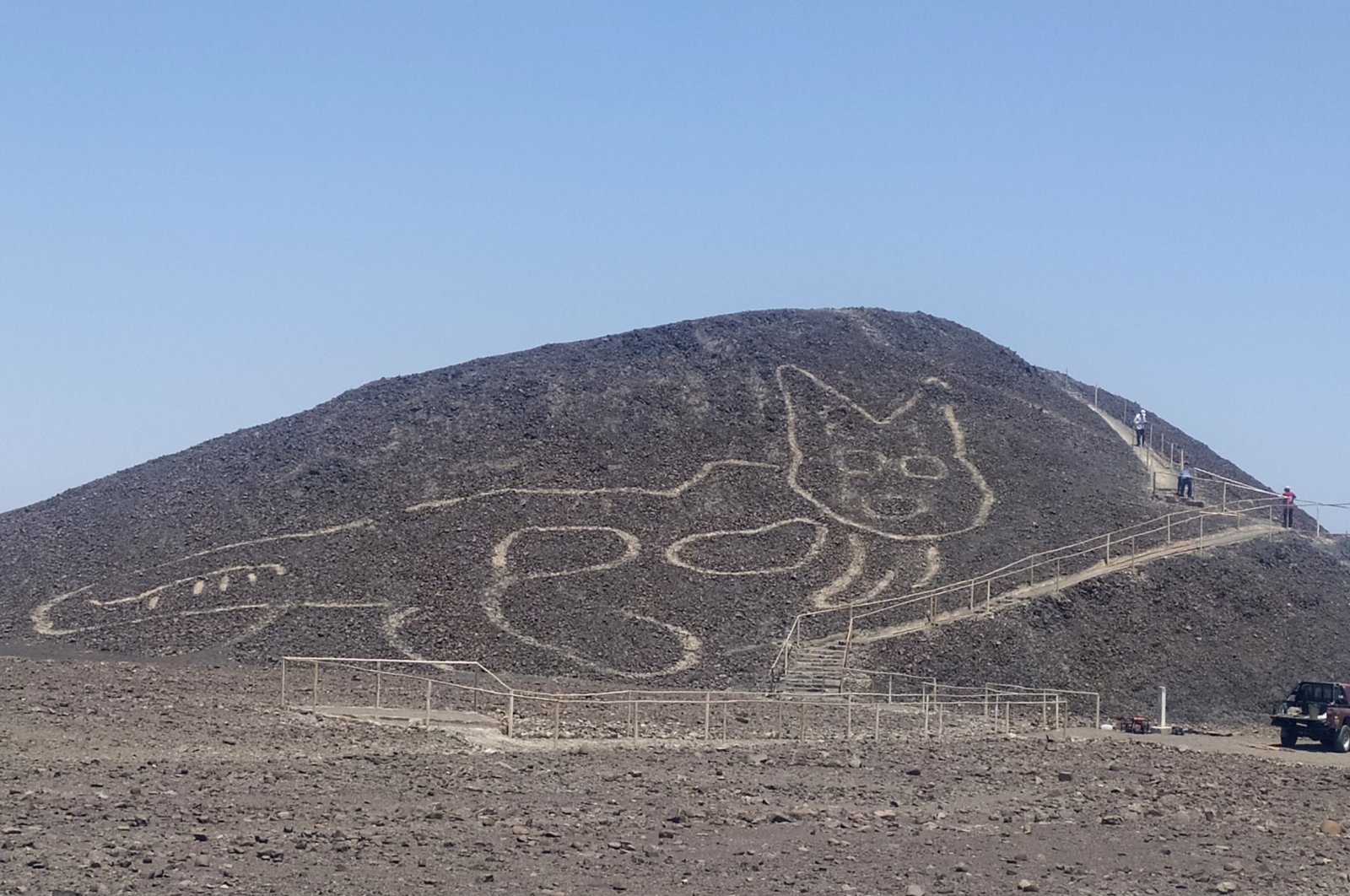 This handout photo provided by Peru's Ministry of Culture-Nasca-Palpa shows the figure of a feline on a hillside in Nazca, Peru, Friday, Oct. 9, 2020 (AP Photo)
by Daily Sabah with Agencies Oct 18, 2020 6:51 pm
RECOMMENDED

Peruvian archaeologists carrying out maintenance work in the renowned Nazca Lines geoglyphs site have discovered a 2,000-year-old figure of a feline that was barely discernible from the surrounding earth and almost completely erased, the Culture Ministry reported Oct. 9.

The discovery was made during work to improve access to view the UNESCO World Heritage site and the figure dates back to some time between 200 and 100 B.C.

“The figure was scarcely visible and was about to disappear due to its situation on quite a steep slope that’s prone to the effects of natural erosion,” the ministry said, adding that authorities had cleaned up and conserved the 37-meter-long geoglyph.

In 2018, archaeologists used drones to discover more than 25 geoglyphs etched into a swath of coastal desert in southern Peru near the Nazca Lines.

Most of the newly found geoglyphs, which include figures of a killer whale and a woman dancing, appear to have been made by the Paracas culture more than 2,000 years ago, hundreds of years before the Nazca civilization created similar giant drawings nearby, said Johny Isla, an archaeologist who heads the Culture Ministry's conservation efforts in the region.

An additional 25 geoglyphs that had previously been spotted by local residents have also been mapped with drones, Isla said.

Declared a UNESCO world heritage site in 1994, the Nazca Lines have faced damage from squatters looking for land to settle and motorists veering off a nearby highway.

In 2014, environmental group Greenpeace apologized to Peru for staging a picture to protest dirty fuels at the Nazca geoglyph of a hummingbird, which government officials said was damaged as a result.