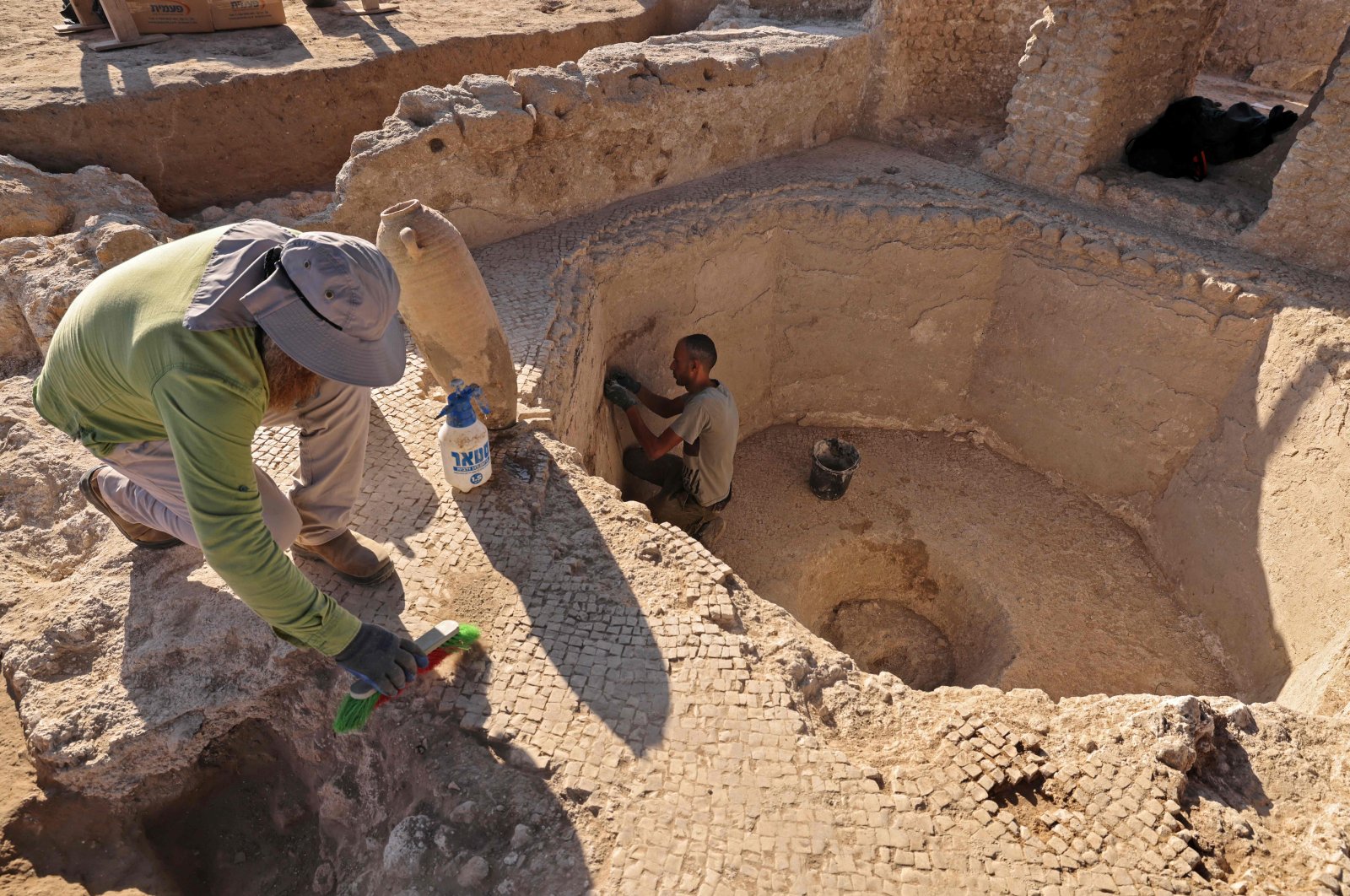 Archaeologists and technicians of the Israel Antiquities Authority excavate inside a collecting vat of a winepress at the Tel Yavne site in central Israel, Oct. 11, 2021. (AFP Photo)
by French Press Agency - AFP Oct 11, 2021 2:26 pm

Archaeologists in Israel revealed an industrial-scale wine complex that produced around 2 million liters of wine in the Byzantine era.

The facility in Yavne, south of Tel Aviv was a Jewish settlement during biblical times and a key city after the destruction of Jerusalem in A.D. 70. It is comprised of five wine presses sprawling over a square kilometer (0.4 square miles).

The 1,500-year-old site includes warehouses for aging and marketing the wine, kilns for preparing the clay amphorae used to store the wine and "tens of thousands of fragments and intact earthen jars," the Israel Antiquities Authority (IAA) said of the "sophisticated" site.

The product was known as "Gaza and Ashkelon wine" due to the nearby ports from which it was exported, according to IAA excavators Elie Hadad, Liat Nadav-Ziv and Jon Seligman, who said the Holy Land wine was a prized product.

Fermenting grape juice into wine was a proven way in antiquity to avoid illness from contaminated drinking water.