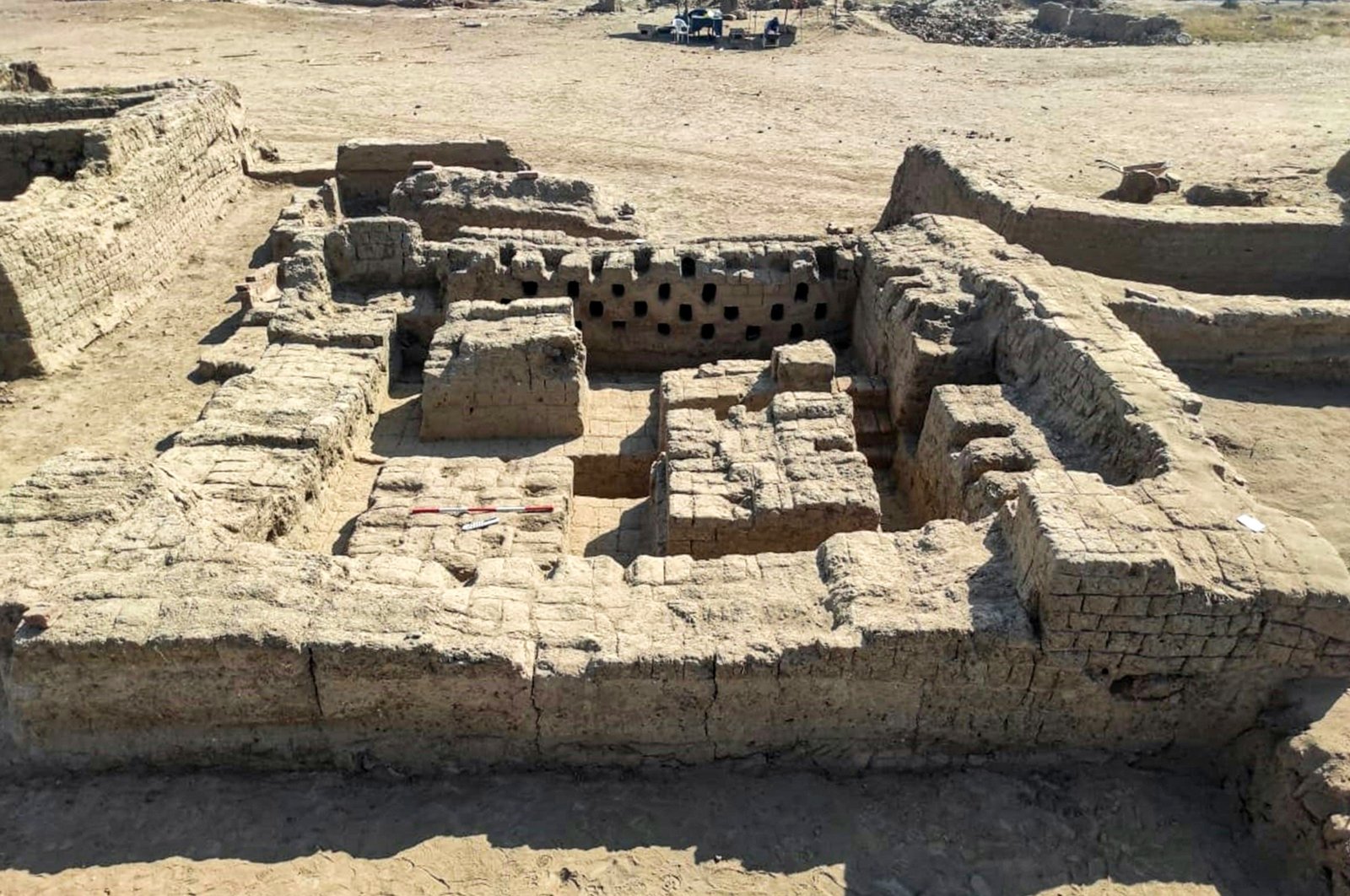 This handout picture released by the Egyptian Ministry of Antiquities shows a view of an excavation of an 1,800-year-old "complete residential city from the Roman era" in the heart of the southern city of Luxor, Jan.24, 2022. (AFP Photo)
by Agence France-Presse - AFP Jan 24, 2023 6:12 pm
RECOMMENDED

In a rare discovery, archaeologists uncovered a 1,800-year-old "complete residential city from the Roman era" in the heart of the southern Egyptian city of Luxor.

The city, dating to the second and third centuries, is the "oldest and most important city found on the eastern bank of Luxor," according to Mostafa Waziri, head of Egypt's Supreme Council of Antiquities.

Archaeologists discovered "a number of residential buildings", as well as "two pigeon towers" – a structure used to house pigeons or doves – and a "number of metal workshops," Waziri said in a statement.

Inside the workshops, researchers found a collection of pots, tools and "bronze and copper Roman coins."

It is a rare archaeological find in Egypt, where excavations – including on Luxor's west bank, where the famous Valley of the Queens and Valley of the Kings lie – are most commonly of temples and tombs.

In April 2021, authorities announced the discovery of a 3,000-year-old "lost golden city" on Luxor's west bank, with the archaeological team calling it "the largest" ancient city ever uncovered in Egypt.

But the discoveries have been a key component of Egypt's attempts to revive its vital tourism industry after years of political unrest, as well as after the COVID-19 pandemic.

The government's plans – the crowning jewel of which is the long-delayed inauguration of the Grand Egyptian Museum at the foot of the pyramids in Giza – aim to draw in 30 million tourists a year by 2028, up from 13 million before the pandemic.

The country of 104 million inhabitants is suffering from a severe economic crisis, and Egypt's tourism industry accounts for 10% of the Gross Domestic Product (GDP) and some two million jobs.