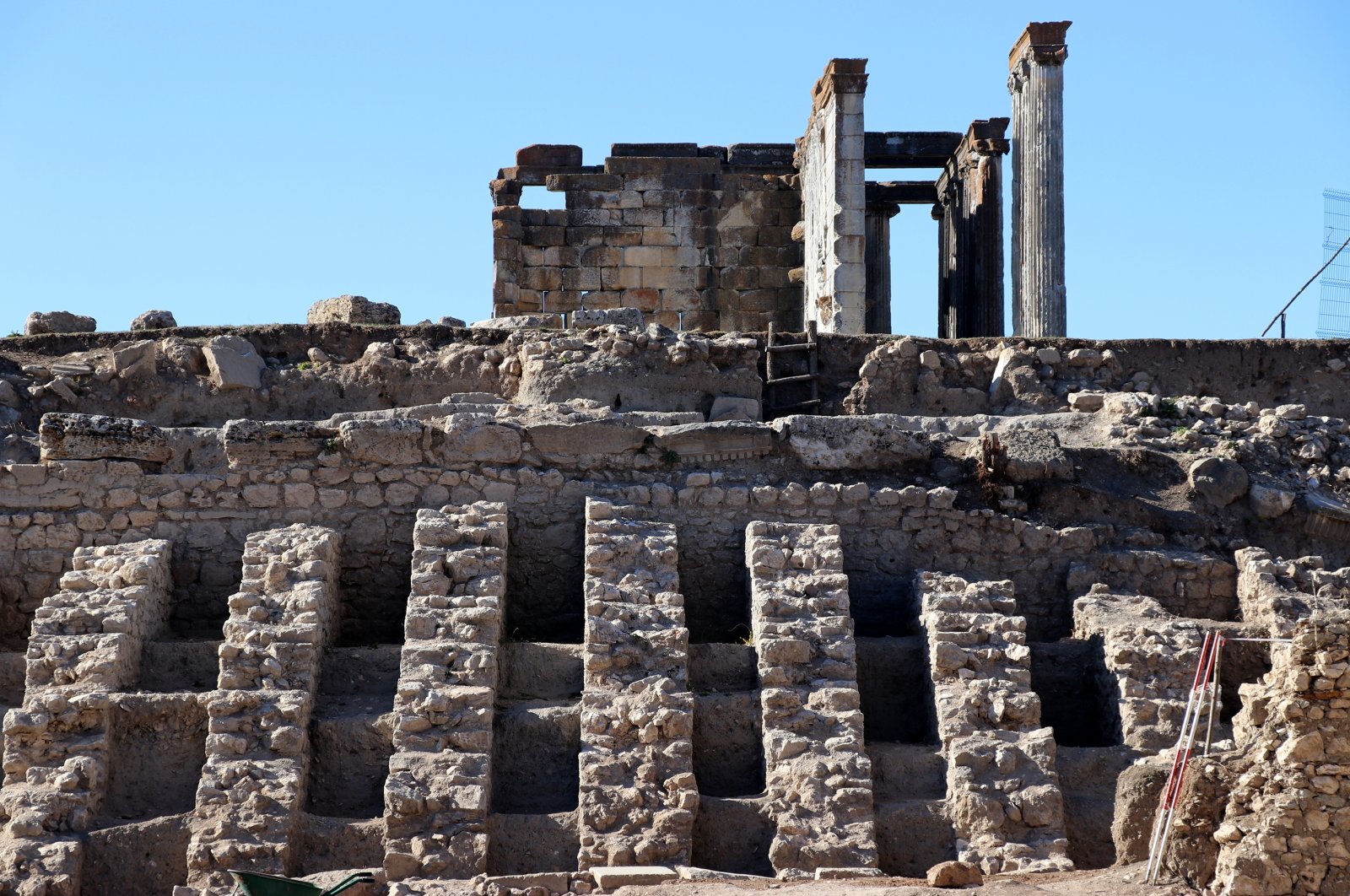 Archaeologists have unearthed a bone workshop and an oil lamp shop in an ancient city in western Turkey.

The excavations at Aizanoi, known as the "Second Ephesus" and home to the best-preserved Zeus Temple in Anatolia, are being carried out by the Kütahya Museum Directorate.

Gökhan Coşkun, the excavation coordinator from Kütahya Dumlupinar University, told Anadolu Agency that they are working in areas that have never been excavated before.

Coşkun said they have carried out work in two different wings of the agora (a public open space used for assemblies and markets in ancient Greece), and made important findings that will shed light on the trade and social life of the ancient city.

Underlining that they were able to identify two of the uncovered shops, he said thousands of bone fragments were found inside one of the stores. Some were unprocessed and it seems they were used as raw materials, he added.

"As far as we understand from this, there was a local bone workshop in Aizanoi during the Roman period, and located in the agora. It served as both a workshop and a sales place. Among the processed bone artifacts were mostly women's hairpins and spoons," Coşkun said.

He went on to say that the second shop was an oil lamp shop as they encountered many intact and broken oil lamps-lighting tools of the ancient period.

With a history dating back to 5,000 years, Aizanoi, situated 50 kilometers (31 miles) from the Kütahya city center, was included in the UNESCO World Heritage Tentative List in 2012.