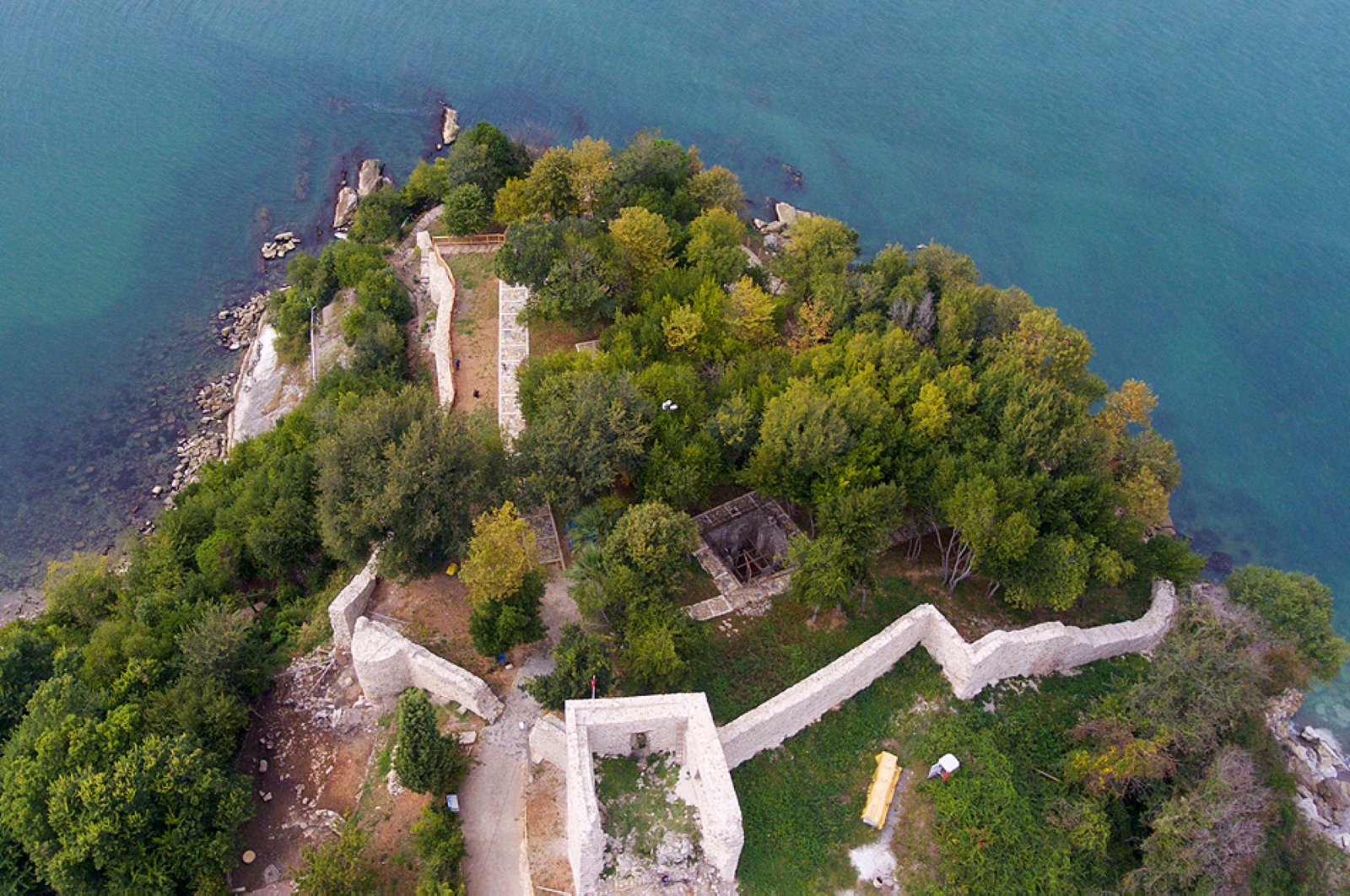 The Genoese Castle is scheduled to open to visitors in August in northwestern Düzce province's Akçakoca district. While restoration work on the castle is still ongoing, other projects such as the rescue excavation and landscaping are expected to end soon.

Located 2.5 kilometers (1.5 miles) west of Akçakoca district, the castle was built on a cliff between two bays. There is a high tower in the middle of the walls on the south side of the castle and a water cistern in the inner courtyard. The brick and mortar used in the castle are similar to materials used in other Genoese castles. Although the origin of the castle is unknown, it is called Genoese Castle because Genoese traders took it over at the beginning of the 13th century and used it for their trade routes.

The Genoese had trade colonies in the Mediterranean, Black Sea, Atlantic Ocean and Northern Europe from the 11th century to the 15th century.

In 2013, the castle was added to the World Heritage Temporary List by the United Nations Educational, Scientific and Cultural Organization (UNESCO) under “Castles and Walled Settlements from the Mediterranean to the Black Sea on the Genoese Trade Road.”

The Genoese Castle and its surroundings, which have survived from the Hellenistic, Roman and Eastern Roman periods, have also been registered as an archaeological and natural site by the Ankara Cultural and Natural Heritage Conservation Board.

The excavation and restoration work on the castle, carried out in cooperation with the Düzce Museum Directorate and the Düzce Governorate, will be complete, and the castle will open to visitors, by August. Also, it is stated that the castle, built with rubble stones, has an entrance gate on land and a high tower next to it, while there is also a water cistern with a diameter of 5.5 meters (18 feet) in the courtyard of the castle, which is known as a wishing well. The historical Genoese Castle is one of the few centers in the Black Sea region which combines the aesthetics of history and nature with its magnificent location above the sea.