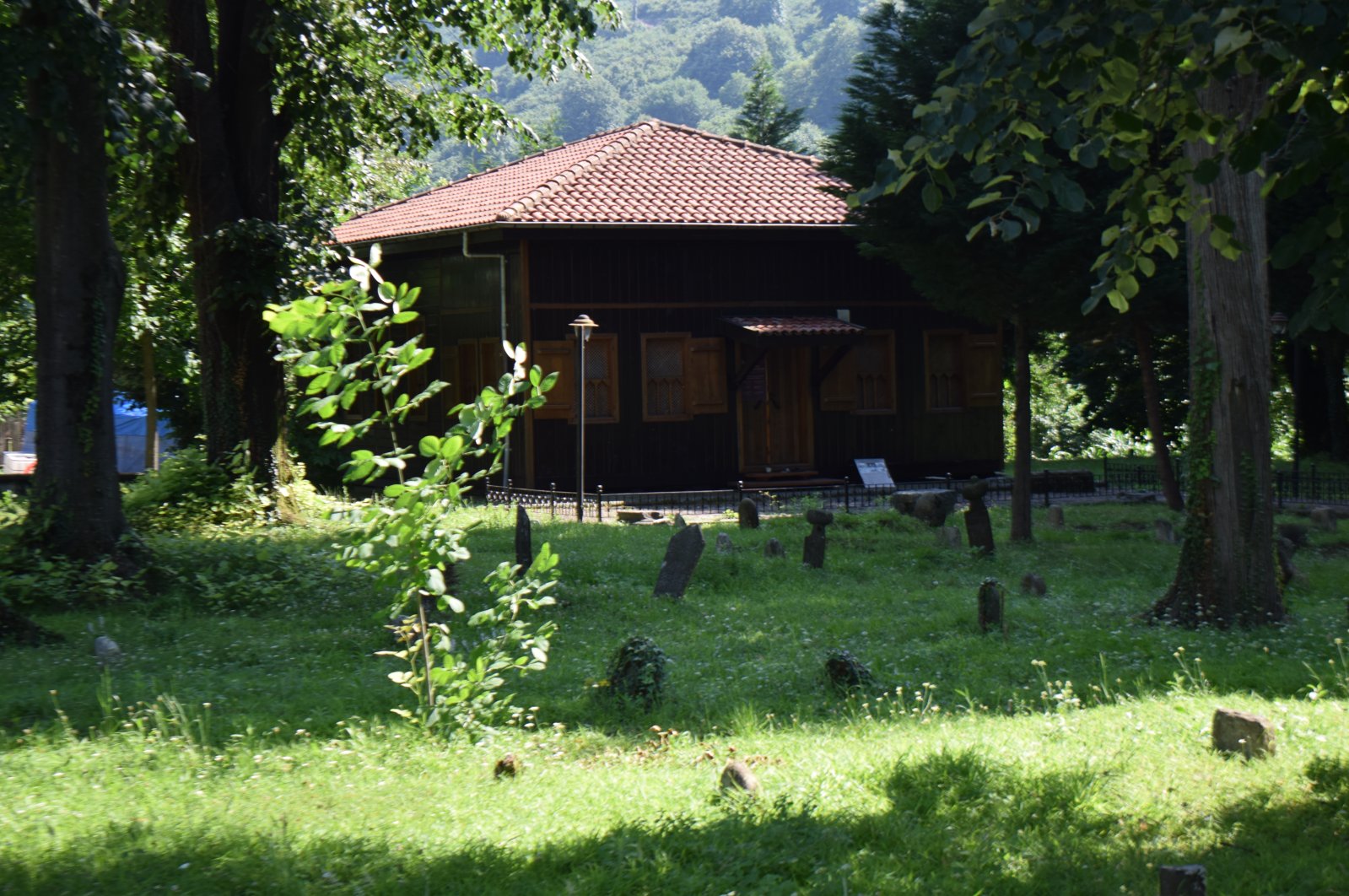 The historic Orhangazi Mosque, which was built without using a single nail is seen in the Akçakoca district of Düzce province, northwestern Turkey, July 15, 2020. (AA Photo)
by DAILY SABAH WITH AA Aug 04, 2020 10:20 am
Edited By Yasemin Nicola Sakay
RECOMMENDED

Many historical constructions defy the passing of time and still stand to this day, but none are quite like these two mosques in the Akçakoca district of Düzce province in northwestern Turkey.

In a time of modern engineering and high technology, a structure built without a foundation (in the traditional sense) and without a single nail may sound like a house of cards, but these mosques have been standing for centuries and continue to astonish visitors.

The Orhan Gazi and Cuma mosques of Akçakoca are two symbols of the local culture and they hope to lure tourists with their unique architecture. The centuries-old buildings are built without nails, assembled using a historical technique.

The technique, known as the "çandı" (or çantı) technique, is a traditional Turkish method of carpentry and construction that uses logs and timber. By creating interlocking joints, the edifice is built without using nails. The building also does not have a traditional foundation solidified with cement and is simply constructed on top of large stones joined together, reaching roughly 1 meter (3.3. feet) in height.

This technique has been more widely used in northern Anatolia, and especially in the construction of adobe houses on plateaus or in forest villages. Though it saw a great decline from 1950 onward with the rise and advancement of cementation techniques, this method has made a recent comeback for being a more cost-effective and a healthier way of construction.

One may think that buildings constructed using such technique would not stand against natural disasters such as earthquakes or floods, but thanks to the brilliant handwork and engineering of the clever architects of the historical past, these mosques have managed to stand the test of time.

The older of the two mosques is the Orhan Gazi Mosque, located in the village of Çayağzı. Built in 1323, the mosque will soon celebrate its 700th birthday. It is named after Orhan Gazi, the son of Osman Gazi, the founding father of the Ottoman Empire.

It is believed that Orhan Gazi visited the region in 1323 and ordered the construction of the mosque, which now bears his name. The mosque is an important part of local history and a beautiful example of traditional Turkish architecture.

Meanwhile, the Hemşin Cuma Mosque, the more recently built of the two, is significantly newer at nearly 200 years of age but was built using the same "Çandı" technique. Sultan Mahmud II, the ruler of the Ottoman Empire at the time, commissioned the mosque in 1834.

The mosque's name means "Friday" in Turkish, which is a holy day in Islamic culture. It is the day when the holy Friday prayers are held in mosques. The mosque has stonework on its first floor and woodwork on its second floor using the "çandı" technique, combining two types of construction. The mosque carries significant cultural importance for the region.

Locals of Akçakoca hope that the two mosques will attract more local and foreign tourists to the area and give them the chance to see unique styles of traditional Turkish architecture.